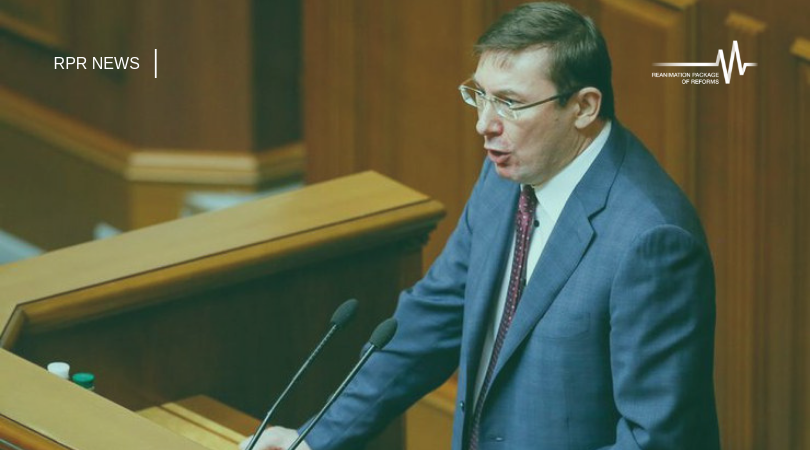 Zelenskyi has little chance of dismissing Lutsenko before the Parliamentary election

The President of Ukraine lacks the legal grounds and support of the Parliament to dismiss Yurii Lutsenko from the office of Prosecutor General.

Despite the fact that President Volodymyr Zelenskyi filed a submission on Yurii Lutsenko’s dismissal to the Verkhovna Rada on June 11, the Prosecutor General may remain in office until the end of the current parliament cadence. This was posted in his Facebook account by Yevhen Krapyvin, expert of the team “RPR Reform Law Enforcement Agencies Reform”.

According to the expert, the Verkhovna Rada may not consider Zelenskyi’s submission due to the lack of grounds established by law, namely:

On June 18, Andrii Kozhemiakin questioned the availability of legal grounds for the dismissal of the Prosecutor General at the coordination board of the Committee on Legislative Support of Law Enforcement Activities of the Verkhovna Rada.

“There are no opinions of the QDCP, you know. Neither the President has requested nor you as Chairman of the Verkhovna Rada. 90% of the committee members will not vote for this document today (presidential submission on Lutsenko’s dismissal – RPR). Moreover, if I put it to vote tomorrow, they will not come and there will be no quorum,” said Kozhemiakin.

Therefore, Zelenskyi will only be able to dismiss Lutsenko if he gets the majority in the Parliament of the next convocation or in a coalition with other political forces, says Yevhen Krapyvin. “If you want to dismiss the Prosecutor General, it’s not as easy as it seems, and the President of Ukraine is not in the driver’s seat. The political procedure for dismissal – 150 votes for submission and 226 for its support – seems to be the simplest and most likely after the president’s party receives a large number of seats in Parliament.”