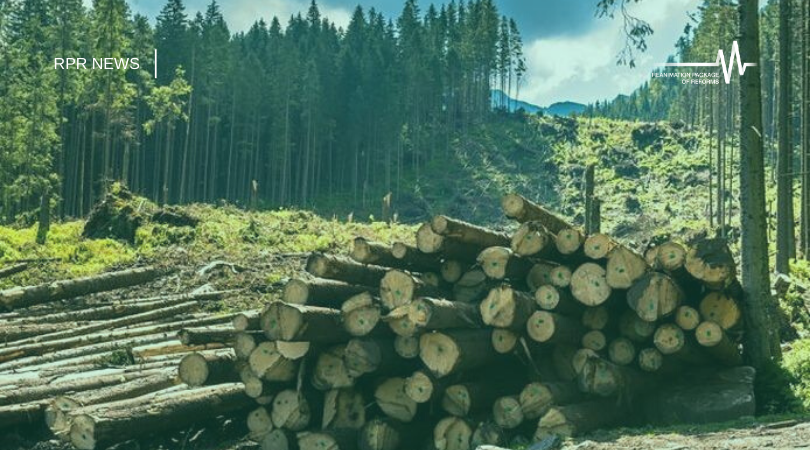 On October 30, the Verkhovna Rada of Ukraine supported in the 2nd reading the bill “On Amendments to Certain Laws of Ukraine (On the Prohibition of the Continuous Deforestation of Spruce and Beech Forests on the Mountain Slopes of the Carpathian Region)”.

Analysis conducted by the Environment-People-Law NGO (EPL) shows that despite the name, this bill, on the contrary, allows logging in the Carpathians, removes the moratorium on the felling of main use in the highland forests and allows the use of tracked tractors for harvesting and removal of wood!

In particular, the above mentioned bill amends the Law of Ukraine “On the moratorium on continuous logging on mountain slopes in fir-beech forests of the Carpathian region”. And if earlier in the categories of forests (in high mountain forests located above 1100 meters above sea level; in coastal forest areas etc.), felling of the main use was forbidden at all, now in these categories non-continuous felling of the main use is allowed. Therefore, now forestry companies can legally make commercial logging in such forests.

At the same time, the bill defines the term “continuous logging” as “logging, during which the deforestation is supposed to be cut down at one reception, except for the last measure of gradual logging. And according to the “Rules of logging in the Carpathian mountain forests for the main use”, “the final admission of gradual felling systems is assigned in the presence of uniformly placed viable undergrowth of economically valuable species of seed origin up to 0.5 meters high (in beech and fir forests – up to 1.5 meters )». It turns out that it will be possible to cut down the forest in a few tricks, leaving in its place an undergrowth of 0.5-1.5 meters in height, and such a felling will be considered “not continuous”.

The draft law also declares a ban on clear sanitary felling, “in addition to developing clear windfalls and fallen trees and plantings, completely affected by pests and diseases,” what actually eliminates the provision on the ban as continuous sanitary felling is precisely appointed from the above reasons (windfalls, fallen trees, pests, etc.).

Moreover, earlier logging and removal of timber in the Carpathian region was allowed “only with the use of wheeled and drawn vehicles, air-skidding units, as well as with the restoration of a narrow-gauge system and optimization of the forest road network.” Although this rule did not work in full, recently the State Environmental Inspection began to monitor compliance with the ban on the use of tracked tractors, and we even noted cases of suspension through the court of cutting through the use of prohibited types of tractors. Now, the word “only” will be replaced by “predominantly”, which opens the way for use in cutting down tracked tractors that destroy forest floor, compact soil and cause significant damage to the environment.

The bill also requires “to expand by 2030 the network of paved forest roads in the region’s forests to 10 kilometers per 1,000 hectares.” The construction of paved roads in the highlands will lead to a simplification of logging, and, consequently, an increase in logging.

Almost the only positive of the aforementioned draft law is the introduction of a ban on the cutting of main use in the economic zones of national natural and regional landscape parks. Such felling was widely carried out in a number of territories of the nature reserve fund and caused considerable damage to valuable natural complexes. In particular, EPL has repeatedly written about problems with the use of logging in the 200-year-old woodlands of Tsumanskaya Pushcha National Park .

It should be noted that, after the first reading, the bill did indeed meet the stated purpose and prohibited continuous logging and forest formation. All the above mentioned issues were introduced into the bill through amendments No. 6, No. 11, and No. 21, which were authored by OV Bondarenko and S. Ivakhov .

To sum up, the bill with a good name “On Amendments to Certain Laws of Ukraine (on the introduction of a ban on continuous felling of fir-beech forests on the mountain slopes of the Carpathian region)” in fact:

Therefore, this bill only simplifies deforestation of the Carpathians! And it is not surprising that the State Forestry Agency of Ukraine supports this bill!

EPL calls on the Office of President of Ukraine not to sign bill 0873 “On Amendments to Certain Laws of Ukraine (on introduction of prohibition of continuous deforestation of fir-beech forests on mountain slopes of Carpathian region)” and return it for revision by Verkhovna Rada of Ukraine with any prohibitions main use and any continuous felling of forest improvement and formation in certain categories of forests in the Carpathians and not allow the use of tracked tractors during logging in the Carpathians.