Reanimation package of reforms > News > Uncategorized > Will Ukraine ever get a new Election Code to improve lackluster politics? Society doesn’t give up 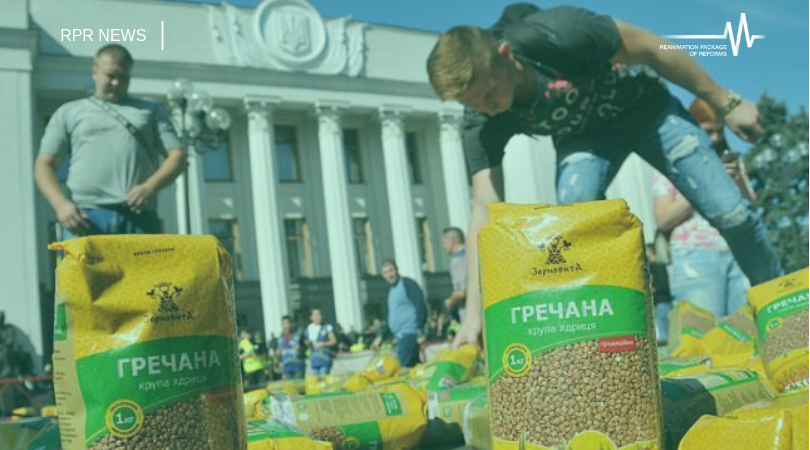 Will Ukraine ever get a new Election Code to improve lackluster politics? Society doesn’t give up

Election reform is one of the most needed, yet protracted changes in Ukraine. In 2014 both society and politicians were clear – the rules should be corrected to eliminate corruption from the process and to provide for the fair selection of MPs. Then in 2014, early parliamentary elections were still held under the old rules. Five years later, the situation repeats itself. If the snap elections take place on July 21 as announced by President Zelenskyy, they are most likely to be held in the same way. Therefore, the same election malaises are expected.

I heard this argument from an acquaintance after the voting in 2014. The candidate we were talking about indeed built playgrounds in the district he was campaigning in – signs on the playgrounds were clear about it. A playground with the name of the candidate on the entrance. Photo: Euromaidan Press

They were opened just before the elections. Some were unveiled with pomp: the celebration was accompanied by distributing free cotton candy, drinks, and entertainment of animators. Also, campaign materials were handed out. Such campaigning is considered indirect voter bribing and is forbidden, yet remains unpunished. Ironically, the playgrounds go down as a personal achievement of the deputy, despite taxpayer money being used for their creation.

Another way candidates influence voters is by handing out money, the infamous buckwheat, and other foodstuffs, even sugar. Bribing voters is a feature of campaigns at single-mandate constituencies. According to the current mixed election system in Ukraine, half of the 450 MPs should be elected in such a way. Due to Russia’s occupation of Crimea and parts of Luhansk and Donetsk oblasts, there are fewer candidates from the single-mandate constituencies. In total, the Verkhovna Rada (the Parliament) now consists of 422 MPs. The majoritarian system is considered an election component with the highest corruption risks. It also reflects the future work of the Parliament.

Yuriy Levchenko got into parliament from the third try. All three times, he was campaigning at the single mandate constituency #223 in Kyiv. Two times, the corrupt regime of then-president Viktor Yanukovych distorted the results in favor of its representative. The attempt during the 2014 early elections was finally successful for Levchenko.

“Levchenko did not have as many resources as his opponent and was not bribing voters. However if [in 2014] he didn’t campaign in Kyiv and not just after the Euromaidan Revolution [when society was nipping off the violations], probably he would have another result,” Olha Aivazovska, Chairman of the Board of the Civic Network OPORA, explained. Levchenko, in his turn, describes how other MPs elected from the single-mandate constituencies vote for decisions in the Parliament.

“I realize that 90% of MPs from the single-mandate constituencies were bought. In the Parliament, they don’t fulfill the interests of their voters, the Ukrainian people, but those who are in power at this moment. In particular, they follow the orders of the Cabinet of Ministers.”

The other half of the MPs are elected according to the proportional system when people vote for parties. This system in Ukrainian reality is also imperfect, as in fact, voters have no influence on the final list of MPs who get to the Parliament – it remains up to the parties. A widespread practice is when places in party lists are sold.

Changes in election system have been discussed in Ukraine years before the Euromaidan Revolution. During the five years after it and up to now, civil society organizations dealing with elections had also advocated changes. In particular, moving from the mixed system to a proportional one with open party lists. In this case voters chose not only the parties but also particular MPs within them.

The changes have been reflected in the Election Code which the Parliament voted for in the first reading in 2017 almost by chance. According to Aivazovska, the Code as it appeared in the first reading was nothing else than the document prepared by different groups of MPs and experts from non-governmental organization some 10 years ago – back then, the question was as relevant as it is now.

The Parliament got back to it only recently – in June, the MPs started to consider the amendments – there are about 4,700 of them.

According to Parliament speaker Andriy Parubiy, it is expected that the voting for the document will take place on July 11 during the last Parliamentary session, or even earlier – on July 4.

Also, on 11 June, the Constitutional Court of Ukraine started considering whether President Volodymyr Zelenskyy’s decree on the dissolution of the Parliament was constitutional. The decision is expected no later than 29 June.

According to Levchenko the decision on holding snap elections instead of regular ones can still be rolled back. If so, the changes foreseen by the Code can still be introduced in the next elections. Even though it contradicts the Venice Commission recommendations saying that election legislation should not be changed for at least a year before the elections, the MP sees it as the least evil compared to the current system with the majoritarian component.

“The most important thing is to have open lists. The representatives of the former coalition cornered themselves when they were standing for it [when in the end of May Zelenskyi’s bill on holding the elections with closed party lists took place]. Now there is no way back. Yes, it was hypocritical from their side, because these people have been sabotaging approving of the Election Code nad open lists for years. Now if the document is adopted the question arises on whether it is appropriate to hold the snap elections according to the old corrupted system,” Levchenko said.

If the Constitutional Court indeed recognizes Zelenskyi’s decision as unlawful, the question of when the Election Code should come into force is up in the air.

However, regardless of the Constitutional Court’s decision, Ukraine has already started spending its budget funds for the election, Olha Aivazovska notes.

“We are talking about UAH 2 bn [$75.726 mn] which are already allocated from the state budget and have started being spent. It is sad that we as taxpayers are paying for the campaign if it is going to be stopped. It is disrespectful to the taxpayers.”

Aivazovska notes that the possible decision of the Constitutional Court should not introduce new problems, as it will come together with instructions on how to implement it in the new circumstances.

Apart from the Election Code, many NGOs advocate for increasing punishment for election violators and for creation of better voting conditions for people with disabilities and IDPs.

Also, according to Svitlana Kononchuk, an expert from the Reanimation Package of Reforms and Executive Director of the Ukrainian Center for Independent Political Research, another question on the agenda is how parties appear in Ukraine in the first place. Many of them are old parties which had re-registered under new names, with new statutes and new governing bodies. This allows parties to avoid gathering the support of voters for the creation of a new political entity – and drastically reduces the quality of the new political force.

Among the five parties which lead the polls, an overwhelming majority has been created by mere re-registration. Sluha Narodu of President Zelenskyi, in fact, was born in 2016 under the name the Partiya Rishuchih Zmin (“Party of Decisive Changes”). The Opposition Platform Za Zhyttya (“For Life”) was registered in 1999 under the name Whole Ukrainian Union Center. Ex-president Petro Poroshenko’s Bloc has just recently had been renamed into European Solidarity. The party Holos of the rock-star Sviatoslav Vakarchuk was registered as the Platform of Initiatives in 2015. The decision on the reregistration was made due to the short terms of holding the snap elections. Only Yuliya Tymoshenko’s Batkivshchyna remains in politics without significant changes since 1999.