Reanimation package of reforms > News > Analytics > Will It be profitable to expose corruption? 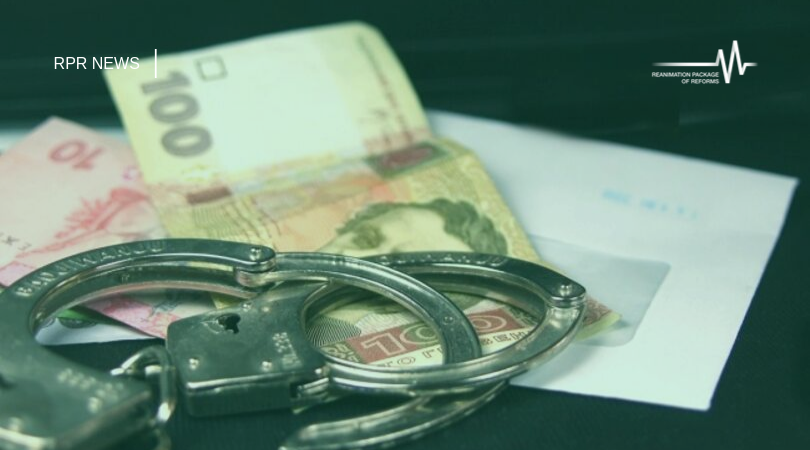 Will It be profitable to expose corruption?

“Inform on a corrupt official – get 10%” is one of the campaign slogans of the party Servant of the People. And now, one of the first draft laws on the website of Parliament is the Presidential Draft Law No. 1010 of 08/28/2019, which proposes to strengthen the protection of whistleblowers. This draft law has already been approved by the Verkhovna Rada of Ukraine in principle and it is being prepared for a second reading.

To recap, according to Article 53 of the Law of Ukraine “On Prevention of Corruption”, the state must ensure protection of persons who “assist in preventing and combating corruption”. However, the legislation does not specify the mechanism of protection of such persons, channels for reporting corruption offenses, etc. Moreover, some rules are not consistent with other rules of the current legislation. Attempts to make the necessary changes were made in 2016 and early 2019. However, they remained at the stage of draft laws. The lack of effective mechanisms to protect whistleblowers partly explains why citizens who become aware of corruption rarely disclose this information. And as we know, in most cases it is the testimony of the whistleblowers that is extremely valuable to the investigators.

The Draft Law No. 101o proposes to amend the Law of Ukraine “On Prevention of Corruption”, which would determine:

Let us dwell on the latter, since financial incentives can be a very good incentive to disclose information and change the very culture of exposing corruption.

So, who and under what conditions will be able to receive the promised remuneration from the state if the parliament adopts the draft law. We can single out several conditions:

Only whistleblowers will be entitled to compensation. According to the Draft Law, “a whistleblower is a natural person who, believing that the information is reliable, reported the possible facts of corruption or corruption-related offenses, other violations of this Law by another person.”

The first thing to note is that the report must contain specific facts that can be verified and that relate to certain circumstances to be proven in criminal proceedings (see more on this below). These facts may be known to the whistleblowers themselves or from others. At the same time, it is enough for the whistleblower to “be convinced about the accuracy of the information” and the whistleblower should not necessarily provide specific evidence of the corruption offense.

Second, the report should address corruption and corruption-related actions. The whole Draft Law deals mainly with the amendments to the Law of Ukraine “On Prevention of Corruption”, and therefore stimulates the disclosure of corruption crimes. In turn, public activists drew attention to the need to provide protection to those who report violations of other legislation. For example, violations of environmental laws can cause damage to the environment or human life. And losses can reach much higher amount than losses from some corruption cases. However, those who have reported such crimes will not be able to receive compensation.

The monetary amount of the crime (for example, the amount of bribe received by the corrupt official) or the damage caused to the state must exceed five thousand times or more the minimum living wages for working age persons at the time of the crime.

In other words, whistleblowers will be remunerated only if it is proved that the state has suffered more than 10,035,000 UAH damage from corruption (including the living wage for working age persons as of today).

The accomplices of the crime who would report on it through the channels stipulated in the Draft Law will not be entitiled to remuneration. Probably, this exception to the rule is aimed at preventing schemes by which a person could, say, provoke or incite a bribe, and then inform the law enforcement agencies and thus make money.

In addition, no remuneration will be given to persons who have reported a corruption offense under a criminal prosecution agreement. For example, if a suspect (accused) has pleaded guilty to committing a crime and has agreed to cooperate in uncovering a crime committed by another person.

And one more exception – if a person had the opportunity to formally report a crime within the exercise of his her authority (for example, a law enforcement officer who learned about the crime), but instead reported such a crime as a whistleblower.

How much will the whistleblower get?

We should note right away: There is no fixed remuneration. The draft law proposes to determine remuneration within 10% of the monetary amount of the object of a corruption crime or the amount of damage caused to the state by the crime. In this case, remuneration may not exceed three thousand minimum wages established at the time of crime. Currently, the maximum remuneration can reach UAH 12,519,000. Thus, the amount can range from tens or hundreds of thousands (for example, even 1% of the minimum amount of the crime is over UAH 100,000) to several million hryvnias.

It is important that the remuneration amount will be determined by the court. Although the investigator must indicate the amount of the proposed remuneration in the indictment, the final decision will be made by the judge. Thus, the court has to find out if there are grounds to pay the reward to the whistleblower. And if so, the size and procedure for payment. To determine the amount, Themis will be guided by two criteria, which are stipulated by the Draft Law: personality and importance of the information received from the whistleblower.

Importance of information – the information disclosed by the whistleblower must include factual data that can be verified and facilitate proving at least one of the circumstances of the corruption offense provided for in clauses 1-3, 6, 7 of part one of Article 91 of the Criminal Procedure Code of Ukraine. These include:

Where will the money to pay remuneration to whistleblowers be taken from?

The remuneration will be paid out of the budget by the treasury through an indisputable write-off procedure. Remuneration funds are offered to be taken from the funds reimbursed to the state as damages for corruption offenses, sanctions paid, etc.

In fact, to receive the funds, the whistleblowers will have to wait for the end of the trial, get court resolution and (or) a writ of execution with which he or she may apply to the treasury.

According to the Draft Law, the Cabinet of Ministers of Ukraine “should make proposals on projecting the state budget expenditures for the payment of remuneration to whistleblowers”. It is likely that the State Budget will have an item to cover remuneration to whistleblowers (as is the case for the implementation of ECtHR resolutions). Therefore, they will not have to wait for the corrupt official to return the money or property they have received illegally. In any case, the legislator should specify in more detail the procedure of indisputable write-off under which the whistleblowers will receive compensation.

The practice of financial incentives to promote corruption disclosure has already proven effective in other countries, where millions of dollars are returned to the budget. Therefore, amending the Law on Prevention of Corruption in terms of 10% remuneration is a good idea. As are the attempts to create levers against abuse of this right to compensation, for example, a ban on paying it to accomplices.

However, there are still some questions to the provisions of the Draft Law. Is it necessary to link the possibility of getting a reward to the size of the crime? Especially give the fact that it is so huge (yes, the losses should be more than UAH 10 million). Why will not the whistleblowers disclosing lesser crimes be entitled to remuneration? One of the consequence may be that a person will not risk reporting a crime.

It is also interesting how they will calculate the amount of the reward if the information provided by the whistleblower helps prevent the crime and the amount of probable damages cannot be estimated.

However, financial reward is only one of the incentives for the corruption whistleblower. Whether this mechanism will work in Ukraine will depend on the set of measures still to be created.

Khrystyna Burtnyk, Centre for Democracy and Rule of Law