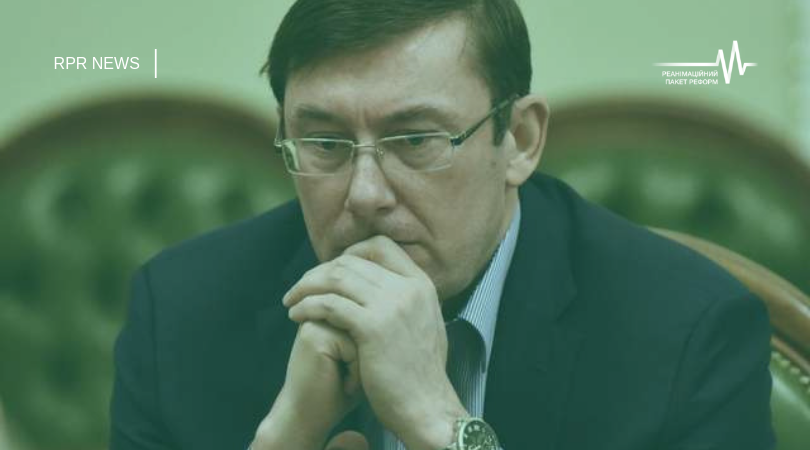 Why Yurii Lutsenko should leave his office

Every time a political player wins the election, we keep having the same discussion. Some people argue: career professionals who are well aware of the service from the inside should be appointed as senior officials. While others deny: No, we need people out of the system who have the courage.

However, this is a futile debate. After all, neither the first option nor the second one is a universal recipe for success.

If we have a look at Yurii Lutsenko from this perspective, we will get extremely disappointing results.

For example, recently the Prosecutor General has visited Dnipro where he introduced the new district prosecutor. Yurii Lutsenko spoke not only about the prosecutor’s office, but also about the State Bureau of Investigations (SBI). Although Dnipro does not have a territorial office of the Bureau, the Prosecutor General said that such an office should be there.. And not only in Dnipro, but in every region.

Even if the situation that caused such conversations really has signs of a problem, there are at least several options for its solution. However, the Prosecutor General sees only one option – to return to the old (“time-tested”) scenario.

He knows that the investigative units of the prosecutor’s office used to be in each region, and he does not understand why the situation with the SBI should be different. Neither does he understand why the law enforcement system should be rebuilt and why their configuration should be fundamentally different than before. Undoubtedly: he did not as much as think that the law enforcement agencies system does not necessarily have to reflect the justice system, the prosecutor’s office as a justice component in particular.

For example, in the United States, the Federal Bureau of Investigations has 56 territorial subdivisions, while the federal prosecutor’s office has 93 offices.

However, Yurii Lutsenko’s position does not lack pragmatism. The Prosecutor General is just trying to strengthen his power by increasing the SBI presence in the regions. After all, all law-enforcement bodies, including SBI, are controlled by the prosecutor’s office.

It is noteworthy that this pragmatism shows that Yurii Lutsenko is a sucker for the old system. He believes that it is possible to enhance quality (performance) only through an increase in the number of employees. However, the modern world uses a different paradigm: improvement in the quality (performance) is possible, first of all, through the improvement of the skills of employees and the corresponding processes.

If Yurii Lutsenko still succeeds in implementing the planned scenario, society will eventually get distorted ideas and concepts of the State Bureau of Investigations. In the same way as the prosecutor’s self-government, the mechanism for protecting the independence of prosecutors, the principles of political neutrality of the prosecutor’s office and the presumption of innocence, as well as the form and content of the guidelines of the Prosecutor General for the remaining prosecutors were distorted before that under the leadership of Yurii Lutsenko.

The prosecutor’s self-government was distorted when the conference of prosecutors elected lawyer Ihor Fomin, a friend and defender of Yurii Lutsenko, as a member of the High Council of Justice.

The mechanism for protecting the independence of prosecutors – when Yurii Lutsenko, contrary to the law, dissolved the first composition of the Council of Prosecutors, which did not exhibit loyalty to the leadership of the Prosecutor General’s Office – and then formed a loyal substitute.

Presumption of innocence – when the Prosecutor General resorted to the unprecedented in nature and systematic violation of human rights but got away with it.

The form and content of the guidelines of the Prosecutor General – when, instead of approving the high-quality guidelines, Lutsenko sent letters allegedly to protect businesses that did not and could not have any legal significance.

In other words, Yurii Lutsenko has proved many times that he is a true fan of the old. Therefore, for our future it is better if he leaves his office.