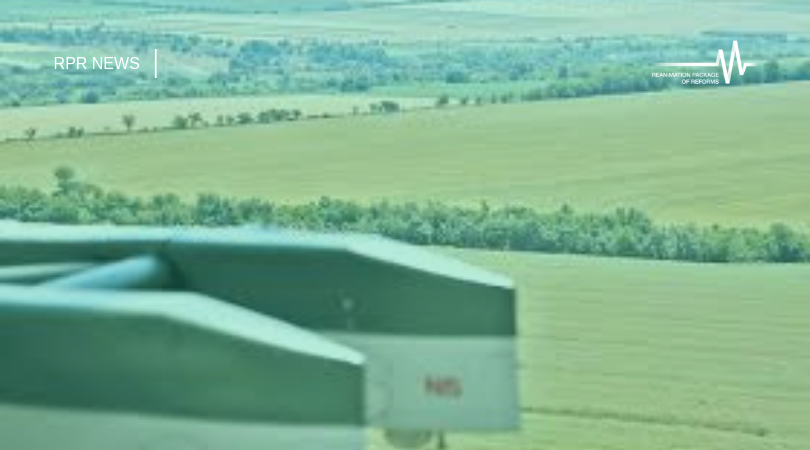 47% of the land of the Ministry of Defense needs entitling documents – this is the area of Luxembourg or Lviv Region.

Everyone knows that wars are won by strong economies. But the story of abuse at the Shyrokyi Lan training area in 2014-2016 has shown that this lesson has not been fully learned by the Ukrainian military.

Back then, the military prosecutors concluded that the commander of one military unit registered a company in the name of his relatives and concluded an agreement with them on the joint cultivation of 477 hectares of land of the Shyrokolanivskyi training area.

Despite the apparent conflict of interest, in 2016, he increased the area of the transferred lands to 617 hectares, with the price for land use being half the market price: 771 UAH per hectare instead of 1.5-1.8 thousand UAH.

At the same time, the living conditions for the soldiers were terrible – every spring and every autumn, the camp deployed on chernozem soil literally floating on mud. Losses for 4 years were estimated by the law enforcement officers at about 75 million UAH, which is a fifth of the cost of the newly built military town.

We know that the expenses on the army have tripled since 2014 amounting to almost 5% GDP today. Despite this, military officers still find economic expediency in using state property.

The area of 2,410 sq. km is comparable to the area of Luxembourg or the Lviv Region.

It is difficult to answer the question on how this land is used today.

It is safe to say that the unregistered land is a paradise for officials and law enforcement officials on site who are bribed to turn a blind eye to unlawful land cultivation.

Of course, neither the Ukrainian army nor the general budget receives any dividends therefrom – only losses – since no one controls the lessees.

Such a chaos in using land resources has already led to Ukraine losing its chernozem. The humus content in the soil has decreased by 30% in the last 130 years, and if nothing is done in the future, subsequent generations can lose this chernozem.

Corruption in the field of land use is confirmed by NABU – more than 25 criminal investigations of detectives are related to land use schemes, indictments have been drawn up against 14 people. The budget losses caused by these schemes are estimated at almost half a billion UAH because of the loss of 7 thousand hectares of land.

Response to the request sent to the Ministry of Defense:

Lawyers of the Ministry of Defense defend the right to own land, which they had lost under various circumstances. In 2018 alone, judicial decisions restored the right to permanent use of defense land covering the area of 5.62 thousand hectares, and another 67.5 thousand hectares in the period from 2008-2017.

The most lands were returned by the Ministry of Defense in Zhytomyr and Odesa Regions – 3,009 and 2,265 hectares, respectively. Other regions include: Zaporizhzia Region – 65.79 hectares, Khmelnytskyi Region – 198.7 hectares, Lviv Region – 62.8 hectares. The rest of the returned lands are located in Kyiv, Kharkiv, Dnipropetrovsk and Ivano-Frankivsk Regions.

At the same time, as of April 1, 2019, the apartment maintenance authorities concluded contracts for the joint cultivation of land with legal entities for a total area of 43.420 thousand hectares. We failed to find out the average rental rate for these lands or the number of bids held, the Ministry of Defense believes that there are no legal grounds for holding bids for the lease of land at their disposal.

As to the buildings of the Ministry of Defense, the situation is as follows: 3,303 buildings require inventory, and 16,750 buildings and structures need completion of property rights registration.

The Ministry of Defense is not the only state structure with a chaos in land management relations. About 8 million state-owned land plots are not registered in the State Service of Ukraine for Geodesy, Cartography and Cadastre (StateGeoCadastre).

It is the land market, which is so frightening for corrupt officials and officials advocating their interests, that can motivate both private and state landowners to pay more attention to the availability of complete and up-to-date land management documentation.

After all, it is at an open market that the land becomes an asset to replenish the budget rather than a source of corruption.

We wonder when the President of Ukraine Volodymyr Zelenskyi will open the land market, as he promised in his election program.

When the market is opened, this will increase economic growth by 1.6% to GDP a year in a country where the cost of a hectare of land is understated 2-3-fold through the moratorium.

Olha Yevstihnieieva, for the UP