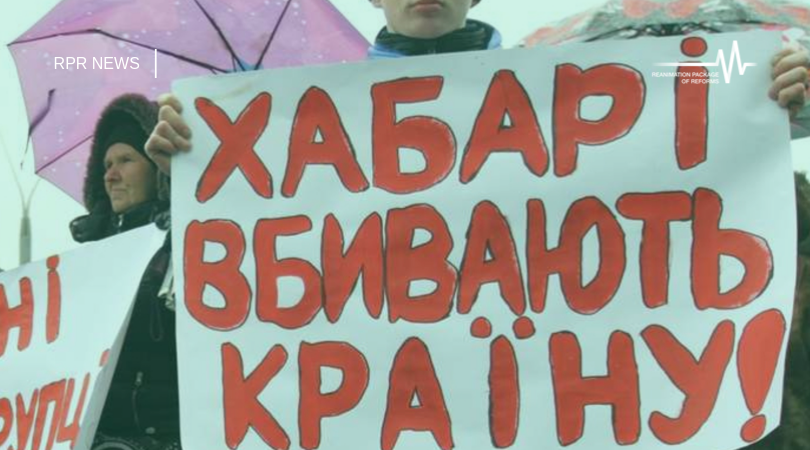 Why it is not only whistleblowers that need to be protected

World practice shows that the right to protection for all those who report crimes is a necessary element of the rule of law.

On October 1, at the meeting of the Anti-Corruption Committee of the Verkhovna Rada, it should consider the draft law No. 1010 – on protection of corruption whistleblowers, which will come into force on January 1, 2020. The new authorities consider this document a priority. And that’s right. However, there are some questions to the text approved in principle. In particular, regarding the narrow definition of the term “whistleblower”…

Corruption Whistleblowers – Who Are They?

In China, Jiang Weisuo exposed the owners of a milk collection station, where it was mixed with antibiotics, nitrates and protein powder before being sold. Later, the former farmer was killed under mysterious circumstances.

German whistleblower Brigitte Heinisch was fired from a nursing home for reports of poor care for the elderly. The European Court of Human Rights ruled: Brigitte’s right to freedom of expression was violated. Thereafter, the Berlin Labor Court awarded 90,000 EUR in damages.

And in Hungary, some employees of the aluminum processing plant knew about the problems with the water reservoir. The company director threatened them with dismissal if they reported the problem to the authorities. As a result, over 800 million liters of emissions, seven people killed, hundreds injured and destroyed private property worth tens of millions of euros.

Had all these people been legally protected for reporting such important information, all of these stories would have been different. And even a recent case with the White House whistleblower shows: only with guaranteed protection do people dare to testify.

When we talk about the broad meaning of the term “whistleblower”, it may also be a water utility employee who reports untreated tap water. Or a waiter reporting fish that has gone bad and can poison patrons. Or a pharmacist who reports careless storage of vaccines which has turned them into poison. Or a SSU employee who exposes secret false declaration of their manager. Or a contractor reporting problems in defense tenders that have been classified afterwards. Or a bus attendant who sees that a wheel is about to fall off in the bus. They can all help someone, or even save someone’s life. Provided they have protection.

Advantages of the urgent draft laws 1010

As of January 1, 2020, if the whistleblower is not an accomplice and in the absence of an agreement with the investigator, the whistleblower will be entitled to compensation within 10% of the crime amount (more than 5000 living wages) or damages to the state. But not more than 3,000 living wages if the information provided contributed to proving the crime and was not available to law enforcement agencies.

Also, immediately after reporting corruption, the whistleblower will be entitled to free legal aid, reimbursement of attorney’s fees and legal fees, psychological assistance, security guard for the whistleblower and their next of kin, confidentiality and anonymity with responsibility for their violations, information on the results of report consideration, etc.;

Another important norm: there will be a prohibition of discrimination and obstruction of the whistleblower and their next of kin in the later life, etc.

Narrow definition: why is this a disadvantage?

The very definition of “whistleblower” in the document is quite narrow. This is a natural person who, believing that the information is reliable, reported the possible facts of corruption or corruption-related offenses, other violations of this Law by another person.

At the same time, according to international standards, any person who reports harm or threat to the public interest is considered to be the whistleblower. This information includes information about human rights violations, environmental safety, transportation and food safety, and other crimes.

After all, they all deserve the protection of their rights after exposing crimes through external channels – in the media, NGOs or trade unions.

A potential whistleblower wonders: will they be put in jail for the disclosure of state secrets? Will they have to suffer discrimination and mobbing at work? Will they be reprimanded for being late or dismissed and blacklisted?

Therefore, the most important thing in adopting this law is to build the foundation in accordance with the best international standards and practices and bring it to the attention of all citizens who have a constitutional right since 1996 to freely disseminate information. And not only about corruption.