Reanimation package of reforms > News > Events > Why is the investigation into attacks on activists hampered in Ukraine? – Experts 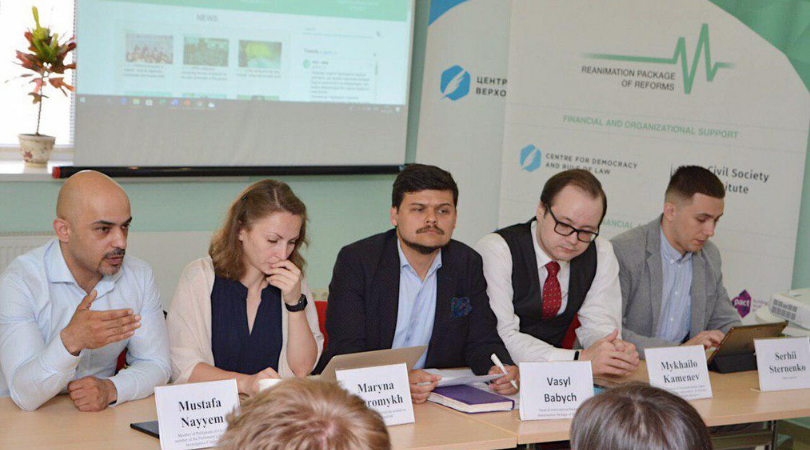 Why is the investigation into attacks on activists hampered in Ukraine? – Experts

Local public officials, local police officers and prosecutor’s office employees are often involved in attacks on public activists in the regions, and the investigation into these crimes is not always objective. This was emphasized by the participants of the diplomatic breakfast “Attacks on Public Activists” organized by the Reanimation Package of Reforms on May 30.

“Local activists criticize local government officials, local police officers and prosecutor’s office employees, and after the attack on these activists the cases are investigated by the same police officers and prosecutor’s office employees. This is the main conflict of interests, and therefore we cannot talk about the objective investigation,” said MP Mustafa Naiiem.

“Our main requirement is to redirect the investigation of attacks on activists who criticized the police and the prosecutor’s office in the regions from the local law-enforcement level to the national one,” he added.

Attacks on activists are not isolated cases, but manifestations of organized crime, which involves local politicians, police officers and prosecutor’s office employees, and in some cases, they are “covered” by national-level politicians.

“Investigation into attacks on activists is slowed down at the first stages: law enforcement officers lose certain evidence in their cases, do not interrogate those people whom the activists themselves name as the attackers,” said the MP.

There are also many unregistered attacks on activists, since they do not always go to law enforcement agencies.

The last year’s series of attacks on activists continues now, and this is contributed by the lack of punishment, noted the representative of the Center for Human Rights ZMINA Viacheslav Likhachov.

Odesa activist and lawyer Serhii Sternenko confirmed his words on his own example.

“In recent years, I had been attacked three times. The only attacker who was arrested is a man, I detained him myself after he shot me from a remade gun with rubber bullets.  And the killer who attempted murder has not even been put on the wanted list by the SSU, although he left Ukraine long time ago,” says Sternenko.

Earlier, together with Kateryna Handziuk, they found that these attacks were associated with attacks on a number of other activists in Odesa.

“I understand that every day of my life can become the last one, and therefore I believe that my mission is to do everything possible to stop the attacks on activists in Ukraine. So I joined the initiative “Who ordered the attack on Katia Handziuk?” summed up the activist.

An investigation into those involved in the attacks on activists is delayed when it comes to the accusations against high officials, stressed Maryna Khromykh, a representative of the initiative “Who ordered the attack on Katia Handziuk?”.

“We believe that all those involved in the murder of Kateryna Handziuk will be punished, but a full investigation into this case may take many years, given the high government offices held by the accused. Under the best case scenario, a group of attackers who confess to the commission of a crime alone will take 2-3 years,” she said.

In cases of attacks on activists, there are two key issues in the law enforcement sphere, says Mykhailo Kameniev, an expert of the UMDPL Association and the RPR team “Reform of the Law Enforcement Agencies”: politicization of the Prosecutor General, and the lack of a state system protecting attack victims.

At the moment, every citizen’s attention to attacks on activists is important. Not only the authorities but the society itself must control the observance of the rights and freedoms in their country.  The guilty must be prosecuted – as should those who covered their crimes.