Reanimation package of reforms > News > Columns > Who will have impact on three million young Ukrainians? 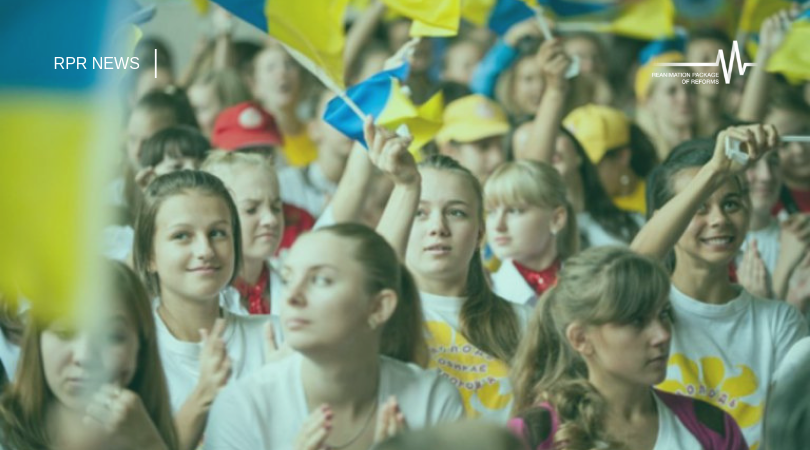 Who will have impact on three million young Ukrainians?

On August 5, 2019, a constituent assembly of the National Ukrainian Youth Association was held at the Plast Educational Center in Bucha.

NUYA includes the Ukrainian Association of Students (UAS), the only member representing Ukraine in the European Student Association, and Plast – the National Scout Organization of Ukraine.

The important role of UAS is noted in the law “On Higher Education”, and Plast is waiting for the President to sign the law on state recognition and support.

Two structures that have been operating since the recent Maidan were also involved in the process of NUYA establishment: Association of Youth Centers of Ukraine (AYCU), Ukrainian Leadership Academy (ULA).

All these organizations have worked closely together for many years, but to date, the interaction has been fragmented. Consolidation has taken place through a variety of temporary coalitions and initiatives, for example during the Revolution of Dignity.

The new structure will have direct contact with 2-3 million young people – through about 500 centers of founding organizations (including student self-government of 160 largest universities in Ukraine), more than 200 youth centers and the possibility to bring together another 300 youth councils established under the local self-government bodies.

The purpose of the association is to ensure the representation and participation of young people in the public life of Ukraine and the world in order to develop an effective open youth policy.

The main task, at the initial stage of its activity, is to ensure maximum representation of different layers of youth in the development and implementation of the state youth policy.

All of these organizations come together on a value basis, which was repeatedly stressed during the constituent assembly and on the day it was held.

The shared experience during Maidans serves as the basis that creates a mutual environment of trust and a platform for joint democratic governance.

The NUYA Articles of Association sets out the requirements for organizations that would like to join the association.

These include not only financial independence and experience of effective democratic governance, but also the absence of any contacts between the candidate organizations or their individual leaders and the agents of influence of the aggressor state.

The preparations for the formal merger took almost a year and were initiated by the organizations themselves.

In this way, Ukrainian youth are in practice implementing the basic principles of the European Charter on the Participation of Young People in Local and Regional Life.

Due to the specifics of the formation of local youth councils, which are established under the local self-government bodies without the legal entity status, the constituent assembly stipulated a model of participation of such councils in the activities of the new association in its AoA.

Thus, this autumn, delegates or individual representatives of youth councils where the principles of democratic governance operate will be able to participate in the National Youth Forum with a decisive vote and to be elected to governing bodies of NUYA on a par with the founding organizations of the association.

Delegates will be selected through an open application form. All candidates will be checked. The decision to recognize the delegate will be made by the board of the association.

In fact, the founding organizations have assumed the responsibility to become a transparent and democratic filter to get rid of fake youth councils (unfortunately, they do exist).

The criteria by which the candidates will be selected will be prescribed by the board of the association and will be made public. Obviously, they will also be subject to the basic requirements for new member organizations.

Representatives of youth councils who pass such an integrity filter will be able to be elected members of the board of the association.

It is obvious that the association will ensure that, alongside the UAS and AYCU, there is a third association – association of youth councils which will independently appoint delegates to the forum and take over all other functions that for the time being UAS has exclusively for student self-government.

However, this path is full of temptations and risks, so it is necessary to go down this path, on the one hand, with maximum dignity, and on the other – as quickly as possible.

The new youth association also stipulated in its AoA a separate quota for participation in the National Youth Forum for informal organizations (various youth movements), as well as for organizations of national minorities and indigenous peoples.

It is noteworthy that the AoA, along with the Ukrainian and English versions of the association’s name, also gives its Crimean Tatar version.

Finally, an important issue. NUYA is not planning to establish any regional subdivisions and in general, any separate divisions.

This niche – of local coordination – should be gradually filled by youth councils that comply with the principles of the European Charter on the Participation of Young People and whose potential the newly created association will work to strengthen.

Yurii Yuzych, historian, chief expert of the RPR Youth Policy Team, Chairman of the Supervisory Board of the Plast – NSOU Youth Organization, for the UP.Zhyttia