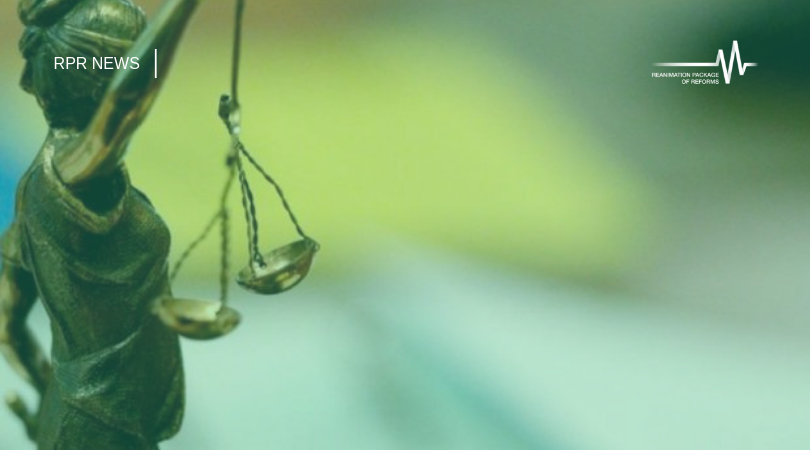 Who will become the “grey cardinal” of the Anticorruption court

The creation of High anticorruption court is still under way in Ukraine. Its head, Olena Tanasevich, was recently elected. The first working of the new court will be 5 September 2019.

Next crucial step in this struggle for Anticorruption court is an appointment of chief of staff.

Why the position of court’s chief of staff is important?

The responsibility of the chief of staff is to protect sensitive, ensuring non-interference in court’s document circulation system, distribution of cases and protection of independence of work of other employees.

There have already been some particular cases in Ukraine when high-standing “clients”, thanks to “pliable” chief of staff, gain full access to court’s documents, including secret decisions on wiretapping or sanctioned searches.

While working on NABU cases, the employees of old courts were basically selling the resolutions for sanctioned searches from the closed segment of courts register. And that is why, in the end, NABU arrested them.

Information leakage from the court may undermine the whole investigation effort and give corrupter a chance to destroy evidences or even to flee the country before getting detained.

Chief of staff can even go as far as falsifying documents. Former chief of staff of Darnytsia court in Kyiv registered forged copies of judicial decisions, which were subsequently used to arrange ownership over real estate objects in Kyiv.

In order to more reliable control of the document circulation of the court, the pliable chief of staff can fill the staff of the court with “reliable” employees.

What should an independent court’s chief of staff do?

The first task is to ensure the organization of transparent competition for other key positions in the staff.

Instead, the mass transfer to the newly created Supreme Anticorruption Court (SAC) of older courts’ workers will mean the import of information leakage practices and interference with the court’s document system.

Organisation of competitions for filling up vacant positions in court’s staff will be a litmus test for future chief’s of staff work.

Additionally, Supreme Anticorruption Court’s chief of staff will also affect the starting date of the court.

At the moment, for the start of the court’s work, it is necessary to legally formalize and certify the equipment of the special room –the only room, in which only the decisions on tacit investigation should be made.

Chief of staff should coordinate the fast performance of this task. Otherwise, the start of the work of the anticorruption court will be delayed.

In case the new chief of staff of SAC will fail to or will have no desire to ensure the speedy launch of the court, some of the accused will be able to get acquittal sentences in the old courts bypassing the Anticorruption.

Some of those involved in the NABU cases, including Odessa mayor Trukhanov and ex-MP Mykola Martynenko, are already in a hurry to get their sentences as quickly as possible in order not to be prosecuted in SAC, to which their affairs will be transferred after the start of the court’s work.

Who is willing to become Anticorruption court’s chief of staff?

13 persons submitted their documents for the competition. After the checking of English proficiency and working experience only three candidates remained – Natalia Tumoshyk, Natalia Korol and Bohdan Krukluvenko.

Tymoshyk is the chief of staff of municipal district’s court of Volun region in the city of Lutsk. She seems not to be able nor willing to fill the declarations correctly. Tymoshyk makes so many mistakes or forgets important information so often that it doesn’t seem to be negligence.

In her declarations for 2014 and 2015 she hasn’t answered on the questions about incomes and property of her husband and son. She only stated that “no records have been given”.

Candidate and her husband Vasyl Tymoshuk, acting Dean of Medecine of the Bureau of Medical and Social Expertise and a deputy of the Zabolotovsk joint territorial community of Ivano-Frankivsk region, do not declare their ownership of a car. Although in June 2016 her husband noted in an interview that she had been riding for Audi for 20 years.

Her husband declares his own salary, insurance payouts, inheritance and a non-cash gift – the candidate does not even declare it all. The salary of the candidate, which her husband has declared, and that indicated by the candidate herself, are also two different numbers.

Unlike his wife, her husband did not declare her social assistance. Also, the candidate did not mention her own corporate rights in the farm estate “Aelita of Oleshkiv”.

The head of the court in which Tymoshuk is currently working refused to submit candidate’s paper declarations by 2014, which is illegal, in response for a request for public information.

Korol is the chief of staff of the court of appeal of Vinnitsa region.

It is a member of the NGO “Institute of court management”. The founders of this organization are Natalia Tymoshuk, mentioned above, and Valentina Lysenko. The latter also took part in the competition for the chief of staff, but did not pass further.

Another co-founder is Olena Rafalskaya, an ex-official of the State Judicial Administration (SJA) and the daughter of Oleg Rafalsky, deputy chairman of the Presidential administration during the cadency of Yanukovich.

Candidate’s husband, Oleksandr Korol, is the head of the Nemirovsky police department of the General Directorate of the National Police in the Vinnytsia region.

Together with her husband and two sons, Korol has two apartments in Vinnitsa. Also, the family owns 3 land plots and Skoda Superb of 2013. Over the past year, Korol earned more than 800 thousand UAH, and her husband – 180 thousand UAH respectively.

In 2017, Korol submitted documents for a competition for a position of a judge at a local court.

Kryklyvenko is a human rights activist, founder of NGO “Ukrainian Institute for Human Rights”. He worked for a long time as head of the Secretariat of the Ombudsman, but resigned after the appointment of Lyudmila Denisova. In 2018, he also participated in the competition for the position of Deputy State Secretary of Cabinet of Ministers of Ukraine.

Kryklyvenko lives with his wife and son in the outskirts of Kyiv. In 2018 his income was above 700 thousand UAH. He also has Volkswagen Polo, manufactured in 2012.

Election process: who and how?

The chief of staff is elected by the Commission on the issues of the Senior Civil Service in the judicial system.

The commission includes members of the Supreme Council of Justice (SCJ) and the High Qualifications Commission of Judges (HQCJ) – basically, whose people, who are responsible for the unfortunate results of judicial reform and the maintenance of odious judges in their positions.

For example, a member of the Commission and a member of the HQCJ Sergiy Prilipko supported the preservation of a position for one of the most “famous” judges of the Maidan – Vladislav Deviatka.

Yet another member of the commission has participated in the defense of the judges of Maidan – Supreme Court Justice Oleksandr Starodub. As part of the panel of judges, he abolished the decision to dismiss the judge of the Pechersk District Court of Kiev Viktor Kitsyuk, who is suspected of the adoption of a knowingly unjust decision on the participants in the Revolution of Dignity.

On May 13, candidates will pass tests on the knowledge of legislation and solve situational tasks according to which the commission will evaluate their competencies. And on May 17 the commission plans to hold interviews and determine the winners of the competition.

The members of the commission will be able to manipulate the final rating of candidates.

About a third of the total score is awarded to contestants by interview results. This means that members of the commission can, at their own discretion and without any explanation, artificially raise or lower the rating of any of the candidates.