Reanimation package of reforms > News > Columns > Who Took the Place of Russia: How Foreign Trade in Ukraine Changed in 2019 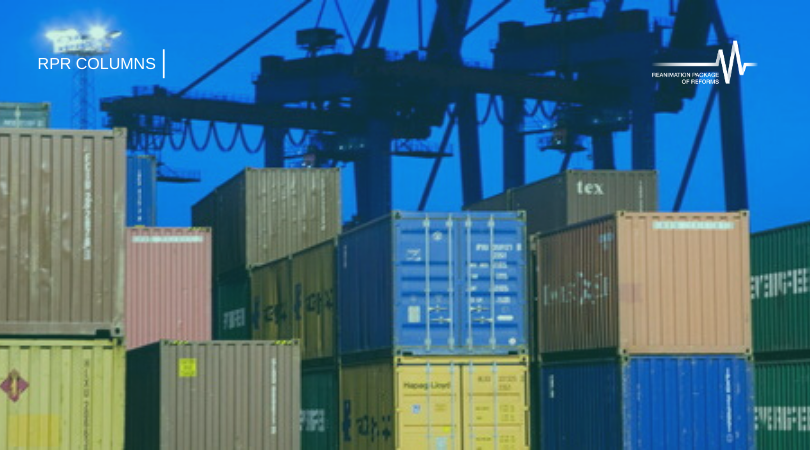 Who Took the Place of Russia: How Foreign Trade in Ukraine Changed in 2019

In 2019, we witnessed a truly tectonic shift in the geography of Ukrainian merchandise trade. Although the official annual statistics have not yet been published, there are already clear trends and they do not fully meet previous expectations. There are three major changes.

Secondly, China has become the largest partner. Third, trade with EU goods has slowed down considerably. Therefore, it is worth considering these changes in more detail.

In general, Russia’s diminishing role in Ukraine’s foreign trade in goods is not new. This trend accelerated in 2019 amid the introduction of new trade restrictions between countries.

In December 2018, Russia imposed sanctions on the import of more than 200 goods from Ukraine, and in April 2019 added about 140 more to this list. In addition, exports of some Russian goods to Ukraine were either banned or subject to a new permit system. Ukraine has responded with an extension of the list of goods banned from import from Russia. These measures reduced Ukraine’s exports to Russia by 10% and imports by 13%.

Thus, the value of Ukraine’s commodities trade with Russia decreased to $ 10 billion, approximately the level of the early 2000s. As a result, in 2019, Russia lost its position as Ukraine’s largest trading partner among individual countries for the first time. This applied to both exports and imports.

In both cases, China became a major partner, ahead of Poland in exports and Germany in imports. If China’s growing role in imports has been evident over the last few years, the fact that China has surpassed Poland as Ukraine’s leading individual export partner has become a surprise.

At the beginning of the year, Poland was a major trading partner, but the situation changed later. Exports to China grew rapidly due to the supply of agricultural products and ore, while exports to Poland began to slow down. This brings us to the third change, namely to slow down Ukraine’s trade with the European Union.

EU-Ukraine trade resumed growth in 2016, and for three years it grew faster than trade with other trading partners. The main driver of growth in trade with the EU was exporting against the backdrop of the gradual introduction of the Deep and Comprehensive Free Trade Area (DCFTA).

In 2019, trends have changed. According to Ukrstat, Ukrainian exports of goods to the EU increased by a very moderate 4% in January-November, gradually decelerating, while exports to China increased by 70% and total exports by 6%.

Exports to Poland, which is Ukraine’s largest export destination within the EU, decelerated to only 2%, compared to a double-digit increase over the previous three years. Exports to Germany also decelerated significantly. Although Ukraine’s overall slowdown in exports may be linked to a strengthening of the hryvnia, there are several reasons in the EU itself that are also detrimental to export growth.

Firstly, the EU has introduced definitive safeguards on steel products, which limits the expansion of Ukrainian steel exports. Secondly, Ukrainian exporters have faced significant problems with the availability of Polish permits for transit and delivery of goods by road.

Growth in imports from the EU was also moderate, slowing to 8% in 2019, compared to previous years, despite the hryvnia strengthening. Imports from Germany, much of which are imported by road through Poland, decreased by 1%, at least in part due to the problem of automobile licenses. The impetus for trade with the EU, caused by tariff liberalization under the DCFTA, appears to be gradually disappearing against the backdrop of the increasing impact of non-tariff barriers to trade. In order to reverse the growth trend, Ukraine and the EU need to act together and more decisively.

This concerns the long-term resolution of road transport permits, technical barriers to trade and progress in ACAA signing, sanitary and phytosanitary measures and recognition of equivalence, joint transit arrangements, authorized economic operators and other steps necessary to reduce trade costs and reduce trade costs and increasing trade between the EU and Ukraine. Thus, in the geography of Ukraine’s trade in goods in 2019, there were some significant changes. However, it is not clear at present how sustainable they will be.