Reanimation package of reforms > News > Columns > Where Has the IP-court Come From and Where Has It Disappeared? 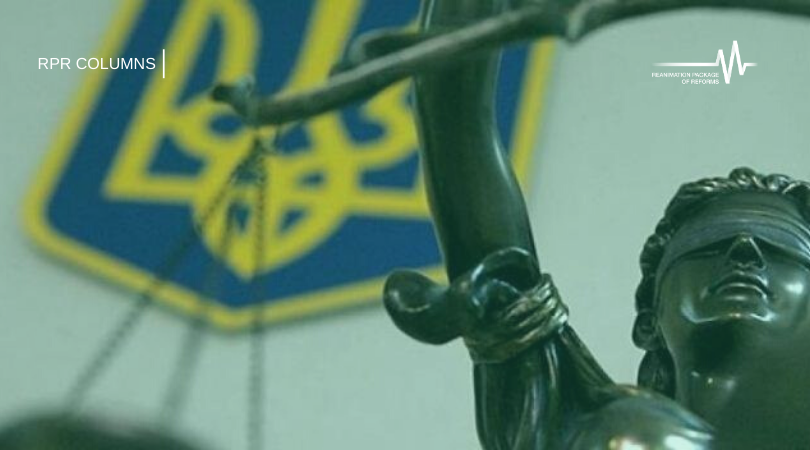 Where Has the IP-court Come From and Where Has It Disappeared?

In 2016, amendments to the Constitution were initiated by then President Petro Poroshenko and a new law on the judiciary were passed and changed the architecture of the judicial system. One of the innovations was the creation of the Supreme Court and two higher courts – the Higher Anti-Corruption Court and the Higher Court on Intellectual Property (HCIP). The latter had to deal with disputes related to the protection of intellectual property rights. In the media, it was simply called the IP court (abbreviated from the English word intellectual property).

If the Supreme Court and Higher Anti-corruption Court are already in operation, then the HCIP continues to exist only on paper. Let’s try to find out what this court needs and why it has not yet become a reality.

Where has the IP-Court come from?

The explanatory note to the relevant draft law establishing the HCIP and the Higher Anti-corruption Court argued that: “it is in line with the positive experience of European countries and will allow fast and prompt consideration of cases within their jurisdiction by highly qualified judges of the relevant specialization.”

However, if the decision to launch an Anti-corruption Court has been much debated, according to experts at Germany’s Democracy Reporting International, “the political choice in favor of the HCIP was not substantiated by any convincing argument,” such a move was not even preceded by wide-ranging discussions.

Although for the first time at the official level, the issue of the creation of a “specialized patent court” was raised in the Presidential Decree “On Intellectual Property Measures in Ukraine” of April 27, 2001, which instructed the Cabinet of Ministers to study the matter. This decree was preceded by Ukraine’s recognition as a Priority Foreign by the US Trade Representative, which meant the worst assessment of our country in terms of intellectual property rights and economic sanctions applied to Ukraine. The reason for this was the production and export of the largest number of pirated disks, of which the US industry alone lost $ 200 million annually.

Unfortunately, Ukraine still remains on the Priority Watch List, despite some changes. In general, this is not a good signal to investors not only from the US, but from all over the world. The creation of the HCIP has been presented by the Ukrainian Government as one of the proofs of progress in this area, assuring that in 2019 a court will be formed. However, the US Trade Representative did not change Ukraine’s position on the list, in particular, citing Ukraine’s slow progress on this issue.

What is happening with the formation of this court today and why is there no news about it?

At the end of September 2017, the President, by his decree, created the HCIP, and the very next day the High Qualification Commission of Judges (HQCS) announced a competition for 21 vacancies in court. The competition was open to judges with 3 years of experience as a judge, patent attorneys with 5 years of experience, attorneys with experience of representation in litigation on the protection of intellectual property rights for at least 5 years, or individuals with a combined experience of at least 5 years.

Potential participants were required to submit their entries for the competition during December 2017. As in the competitions to the Supreme and High Anti-corruption Courts, candidates (not previously judges), namely lawyers and patent attorneys, appeared in the most difficult conditions at the stage of submission of documents. Unlike the judges who have to provide a copy of the employment record to prove their professional experience, attorneys and patent attorneys had to prove their professional activity each year by providing copies of relevant contracts, documents confirming the implementation of such contracts (for example, court decisions, procedural documents for attorneys, applications for registration of intellectual property objects for patent attorneys), as well as documents on the income received as a result of the lawyer’s activity.

In total, 234 persons decided to participate in the competition of which 219 candidates were admitted, including 206 judges, 6 patent attorneys, 5 attorneys and 2 persons with combined length of service. It is likely that the increased interest of judges in this court was driven not so much by the motivation to work in it, as by the desire to pass the qualification assessment that all judges have to undergo in clearing the judicial corps. But it is very stretched in time. It was expected that this competition would be faster in the competition and judges would be able to receive a higher salary bonus even if they did not win.

The Commission has extended the consideration of the issue of admission from December 2017 until the beginning of July 2018, i.e for more than six months. For example, during the formation of the Higher Anti-Corruption Court, the HQCJ resolved all questions about the admission of candidates in a little over a month.

After that, the participants of the competition underwent a special inspection, which consisted of obtaining information about them from the authorized bodies (for example, about education, professional experience, property, lack of criminal record). From July to September 2018, the commission considered the results of the special test and decided on the admission of participants to the qualification evaluation within the competition. Of the 219 candidates, 210 remained.

Competition to the IP-court was conducted according to the usual procedure of formation of new courts, which was used in the second selection of judges of the Supreme Court and the selection of judges of the Higher Anti-Corruption Court (with the exception of the involvement of international experts). In particular, within the competition, participants were required to undergo legal knowledge testing, complete a practical task (write a court decision on the materials of the model case, the “Exam” stage), undergo testing with a psychologist and an interview with members of the HQCJ.

The Commission has decided to carry out both the testing and the practical assignment in one day –  on 3 October 2018. In order to successfully pass the test, the participant needed to score at least 54 points (60% of the maximum score of 90) and be included in the list of 84 candidates who scored the highest number of points (four for each vacancy).

Then, the participants completed a practical task that completed the exam stage. As a result of the exam, a participant may continue to participate in the competition, if he or she has scored 126 points in total and is on the list of 63 candidates who have scored the highest number of points for this stage (three for each vacancy). After completing the practical task, 63 candidates continued to participate in the competition.

During December 2018, participants who coped with the “Exam” stage underwent psychological testing, which consisted of performing appropriate tests and interviewing a psychologist. Within the limits of testing the level of logical, verbal, abstract thinking of candidates, stability of their work motivation, emotional stability, stress resistance and more were determined.

During July-September 2019, the members of the HQCJ interviewed the participants of the competition. The interview was to discuss with the candidate previous professional activity, property issues, circumstances that may testify to his / her dishonesty, a conclusion / information of the Public Council of Integrity (PCI), results of the psychological evaluation. It is the results of the interview that determine the winners of the competition, because of the 1000 points that a participant can receive during the competition, the interview can be evaluated by a maximum of 790 points (210 points – the maximum score during the “Exam” stage).

According to the HQCJ, the PCI issued findings on non-compliance with the criteria of integrity and professional ethics of 21 candidates. Later on 2 PCI negative conclusions were subsequently terminated based on the candidates’ explanations.

According to available information, 5 candidates were not interviewed, participation of one candidate was cancelled, and a break was announced for 13 candidates to decide on the results of the Qualification Assessment for the position of a HCIP Judge.

The law stipulates that if the PCI approved the negative conclusion on a candidate, he may continue to participate in the competition only if 11 members of the HQCJ have voted in plenary. However, no plenary meetings on candidates with conclusions have been held by the Commission.

On the basis of information published on the HQCJ website, the results of the interviews are as follows:

Therefore, the HQCJ did not complete the selection of judges to the first instance of the HCIP.

Selection of the HCIP Appeals Chamber

The new version of the Commercial Procedure Code of Ukraine has determined that the Appeals Chamber is functioning as a part of the HCIP to review the decisions of this court at first instance. The HQCJ announced the competition for 9 vacant posts of judges of the Appeals Chamber in October 2018.

During October-November 2018, potential participants were required to submit the documents which were necessary to participate in the competition. According to the HQCJ, 97 candidates submitted documents, among which only 57 were admitted.

The selection of judges to the Court of Appeal takes place in a similar procedure to the selection of judges at the first instance of the HCIP. At the end of April 2019, the participants admitted to the competition were tested for knowledge of the legislation (which consisted of only 50 people), and those who successfully passed the test (38) completed the practical task the next day.

The results of the practical assignment have not yet been established or announced by the Commission.

An analysis of the status of competitions before the HCIP shows that certain procedures are still pending.

In November 2019, by a law initiated by President Volodymyr Zelenskyy, the powers of all members of the HQCJ were terminated and a new procedure for the formation of the HQCJ with the participation of international experts was initiated. Although there is no mention of the HCIP law, this will delay the operation of this court for a long time. The dissolution of the HQCJ has several consequences:

It is also worth noting that the new law stipulates that the acts of the HQCJ must now be approved by the HCJ (except for a code of procedures). It means that the new composition of the HQCJ is to be developed and the HCJ to approve new exam procedures, assessments and competitions. In fact, the new a HQCJ and a HCJ can significantly change the terms of the competition or its individual stages, which could potentially make the competition almost necessary again.

The bad news is that the HCIP in 2019 – the first half of 2020 will not start its work under any circumstances, and the future of this court is not determined. However, the good news is that we now have at least some time to discuss the need for this court and its model more broadly.