Reanimation package of reforms > News > Events > When will we complete the public administration reform? 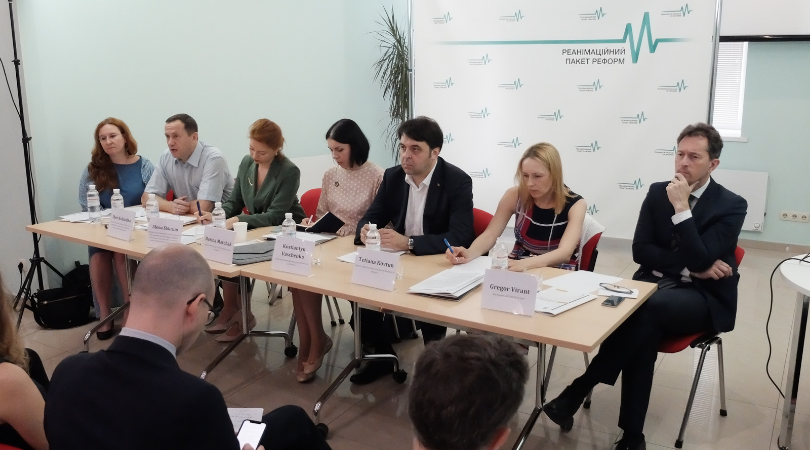 When will we complete the public administration reform?

Public administration reform remains one of the priorities in Ukraine, but has not been fully implemented yet. After the upcoming parliamentary elections, a new window of opportunity will open for it. This was discussed by the participants of the diplomatic breakfast “Future of the Public Administration Reform“, which was organized by the Reanimation Package of Reforms on June 5.

“The public administration reform in Ukraine has been on the agenda since Ukraine’s independence, but it was only after the Revolution of Dignity in 2014 that a window of opportunities for its implementation opened,” said Ihor Koliushko, founder of the Centre of Policy and Legal Reform.

The public administration reform was supported by the representatives of the European Union and the United States, which contributed to its launch.

“The first step of the reform was the adoption of the Law “On Civil Service”, which initiated a competitive selection for all government offices. The second step is institutional development, such as the creation of directorates in the pilot ministries. However, still some directorates do not operate as predicted,” says Koliushko.

The biggest reform success was the creation of Administrative Services Centers (ASC), but many things failed to be done, for example changes in the functioning of the Cabinet and ministries at the legislative level.

“Everything was based on a subjective factor: where a minister understood the reform, it was implemented,” concluded the CPLR founder.

The public administration reform has not been fully implemented, although since its launch it was considered reform No. 1 – after all, it was necessary to upgrade the structure and staff of the executive authorities, said MP Alona Shkrum.

“One of the problems is the inability to start the reform with a dramatic transformation of the state structures,” said the MP.

According to international partners, the window of opportunity for the reform continuation is 3 months from the launch of the newly elected Parliament.

“There is now a big gap between the old and the new civil servants regarding the very idea of the civil service,” added Ms. Shkrum.

“It is necessary to clearly identify who of the future ministers will be responsible for implementing the public administration reform,” said Deputy State Secretary of the Cabinet of Ministers, Tetiana Kovtun.

The approved law on civil service was the result of the joint work of civil society, in particular RPR experts, and government officials, said the head of the National Agency of Ukraine for Civil Service, Konstantyn Vashchenko.

“At the moment, we need to change the very culture of the civil service, which is one of the main problems in communication between the authorities, civil servants and politicians,” he added.

The main positive aspect in the public administration reform in Ukraine is the high level of professionalism of the engaged experts, said the key expert of the EU4PAR project Hrehor Virant.

“Political system is the basis of public administration. However, there is a bit strange mix in Ukraine: a strong Parliament, with the broad powers of the President,” says the expert.

In fact, there are coalition Governments in all the countries of the European Union. To establish a stable Government, Ukrainian politicians should develop a clear coalition agreement.

“The government should ensure policy development, while the Parliament shall ensure democratic legalization of the adopted draft laws. In the EU states, almost 90% of the draft laws are submitted by the Government, and thus there is a certain consistency in the development and implementation of political decisions,” summed up Virant.