Reanimation package of reforms > News > Columns > When is the next parliamentary election? 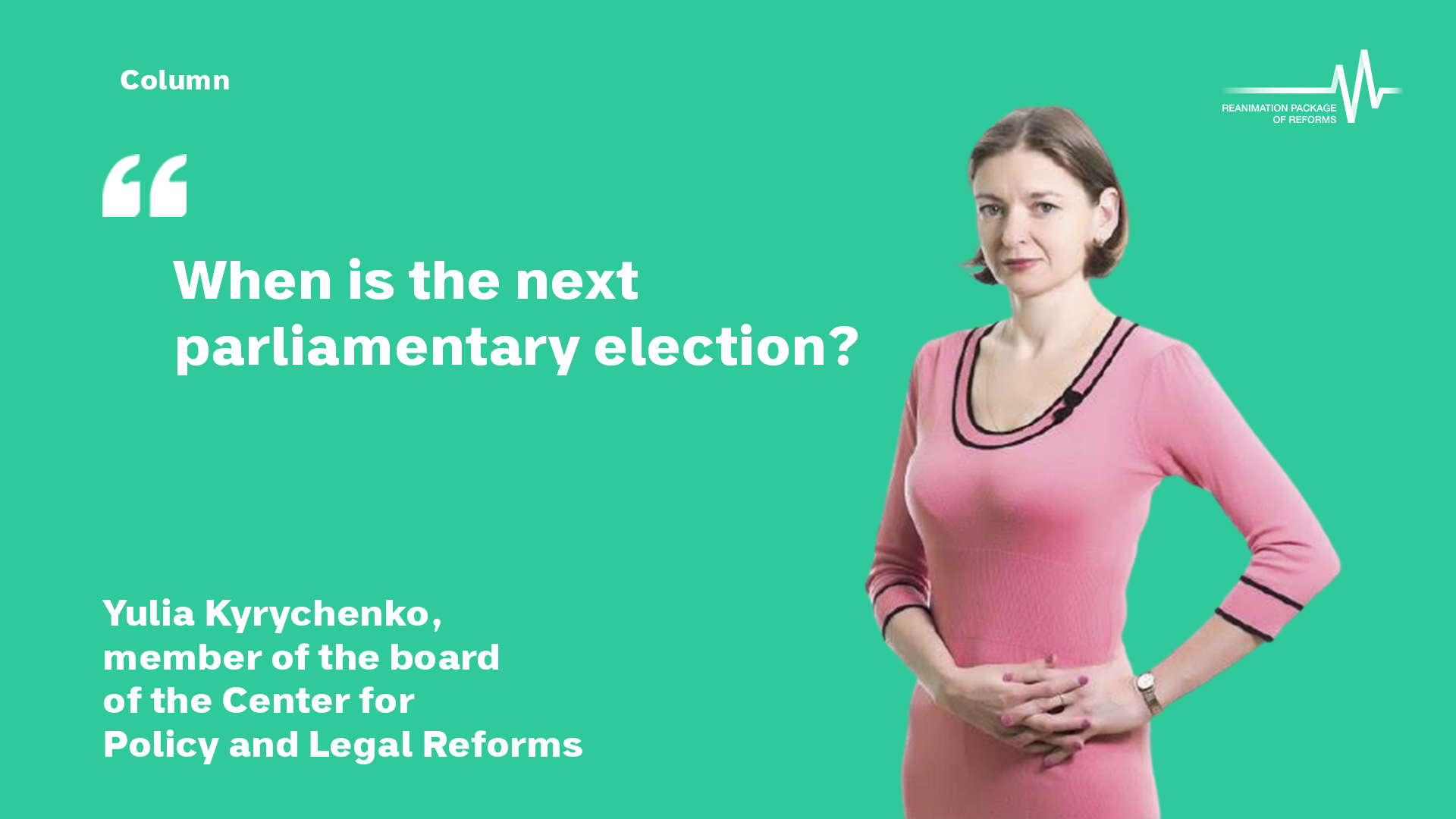 When is the next parliamentary election?

So let’s calculate, based on the rules of mathematics:

Answer: The last Sunday of October of the fifth year of the Verkhovna Rada’s term of office is  October 29, 2023.

I want to end this, but in Ukraine, as a country of still unstable democracy, this is not the case. A key point to reveal: why is the issue of holding the next parliamentary elections debatable, and the guarantor of the Constitution does not want to see an answer in the direct norm of the Basic Law of Ukraine?

Unfortunately, the answer is disappointing. In a low constitutional culture of both government and society, the Constitution often fails to retain power within the powers provided by this legislation. To explain unconstitutional actions, the authorities are beginning to try to distort the content of constitutional norms by interpreting the provisions of the Constitution.  To do this, the political authorities need to have a “manually-controlled” Constitutional Court of Ukraine, as only the latter’s authority is to provide a final official interpretation of the Constitution. And the thesis of the President of Ukraine about the need for the Constitutional Court to determine the date of the next parliamentary elections is becoming clearer, although the latter has no authority to call regular or early parliamentary elections. I would like to warn the incumbent President against using such shameful practices of previous Ukrainian presidents and remind that even in the case of “successful” political pressure on the CCU and obtaining a politically motivated decision, this often did not lead to a quick, politically desirable result. And in the future, it caused the political defeat.

The following situations are most clearly recorded in the decisions of the CCU:

– ” third term ” for President Leonid Kuchma (decision of the CCU in the case of the term of office of the President of Ukraine of December 25, 2003);

– “The next regular session of parliament is any session ” for the opportunity to adopt constitutional changes on decentralization, initiated by President Petro Poroshenko (CCU decision of March 15, 2016).

I cannot fail to mention President Viktor Yanukovych’s insane pressure on the Constitutional Court in 2010 to obtain a  decision of the CCU  to amend the Constitution of Ukraine and return to the 1996 version with stronger presidential powers in the mechanism of state power (CCU decision of September 10, 2010). Let me remind you: on the eve of this decision, five CCU judges abruptly resigned “of their own accord,” the court received new CCU judges, and as a result, we had an unconstitutional amendment of the Constitution and an attempt to usurp power… Revolution of Dignity and Human Victims.

So today, when the powers of the parliament of the current convocation started on August 29, 2019, as a result of early parliamentary elections, the actual term of office of the Verkhovna Rada of the IX convocation in accordance with the Constitution will be slightly more than four years. Instead, it is important to note that supporters of the formal reference only to the constitutional provisions on the five-year term of parliament and, consequently, the next parliamentary elections on the last Sunday of October 2024 fail because then the Verkhovna Rada is again not identical to five years. Is longer than five years by about four months. Based on electoral democracy, increasing the term of office is a threat to democracy.

So, in conclusion, we can say that the question of the difficulty of determining the date of the next parliamentary elections is dictated by the natural desire of the authorities to go beyond their powers, in particular by extending the term of the current parliament by one year.

Yulia Kyrychenko, member of the board of the Center for Policy and Legal Reforms, for ZN.UA.