Reanimation package of reforms > News > Columns > What is wrong with the sale of agricultural land to foreigners? 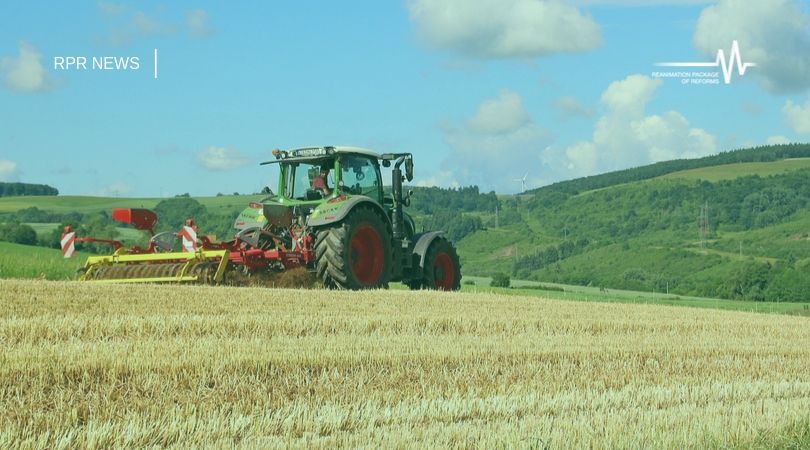 What is wrong with the sale of agricultural land to foreigners?

Reducing the limit on the concentration of agricultural land in the hands of a single person and prohibiting the foreigners from the market would allow the agricultural sector to be de-oligarchized.

The Government filed a draft law No. 2178 to the Verkhovna Rada of Ukraine, which lifts the moratorium on the sale of agricultural land in Ukraine.

It has already been put on the agenda for the session and should be considered soon.

However, according to it, the right to buy land is granted to companies that are registered under the legislation of Ukraine, but whose owners may be foreigners.

Both the government and foreign organizations have unanimously insisted that foreign companies should be entitled to buy Ukrainian agricultural land. They say this is needed to maximize the purchase price of agricultural land from the owners and their heirs, which number about 7 million people.

It would seem that the logic is impeccable, and protests of medium and small farmers are caused only by their personal selfish interest – their unwillingness to compete with foreigners.

Therefore, they can be ignored, as can polls, which show that the overwhelming majority of Ukrainians, including land owners, are also against the admission of foreigners to the agricultural land market.

But this is not quite true. There is a flaw in the impeccable logic: the owners and the economy will get nothing from the admission of foreigners.

But behind the government’s model for the market launch, there is a mercantile interest, but not of small and medium-sized farmers, but of agricultural oligarchs who sold part of their companies to foreigners.

A matter of life and death

If the agricultural land market is only open to Ukrainians, they will not be able to buy it, while their purely Ukrainian competitors will.

Obviously, this calls into question the future of these companies, which means that the price of their shares will decline, as will the stakes of their founding owners.

Even more so: in the long run, they will be forced to either refocus on processing agricultural products or leave the agricultural market.

The new land owners will be significantly different from the current owners. They will concentrate in their hands land plots with the size of 50-200 hectares, which will increase their market power.

Such plots are of interest to all agricultural producers, unlike a single plot with an average size of 4 hectares in the middle of someone’s field.

As a result, the holdings will have to give the land owners all the land rent, having only entrepreneurial income left.

And as entrepreneurs, they lose to medium-sized business owners, who go around their fields, check the equipment, monitor employees themselves, in other words, do not suffer from an agent problem – in general, an owner does a better job than a hired manager (agent).

In addition to foreigners’ admission, large holdings also need the opportunity to acquire a land bank which is similar in size to what they currently cultivate.

Of course, they would want more than the upper limit of the government draft law – 200,000 ha in one hands, however, it is still very high.

Statistics show that it would be profitable for the country to limit their appetites to a maximum of 50 thousand hectares. The thing is that if the farms with up to 50 thousand hectares employ an average of 2.2 people per 100 hectares, then those that exceed this limit employ 1.1, i.e., twice less.

The same is true for the added value: it is 600 and 430 UAH per hectare respectively.

Obviously, regarding the admission of foreigners and restrictions on the maximum land bank, we have a conflict of interests of medium and small farmers on the one hand and owners of large holdings on the other.

Accordingly, the key question is what benefits society and the country.

If we open the agricultural land market for foreigners, which, by the way, had not been done by any of our Eastern European neighbors, the large holdings will continue to increase their land bank, gradually squeezing their small competitors out.

We will lose at least one job per every 100 hectares that go from medium and small farms to holdings.

With 20 million hectares of legally cultivated agricultural land, 60% of which is cultivated by medium-sized farms, it will be about 120 thousand jobs, and taking into account small farms, the amount involved will exceed 150 thousand.

If we take all 40.5 million hectares of Ukrainian agricultural land, then the cost of latifundation of the country is guaranteed to exceed 300 thousand legal and illegal jobs.

However, it is not only about jobs. It is also a matter of taxes – the more people are employed, the more taxes go into the local budget and vice versa.

In addition, medium and small farmers live where their farm is located, i.e., in the village.

They, like it or not, find themselves immersed in its problems and everywhere, except for taxes, support local schools, sports teams, repair roads, everything referred to as the social sphere of the village.

It is difficult to estimate this because no one reports such expenses. However, there is an informal indicator of an acceptable level of “social” load – 100 UAH per hectare, which is about 1.2 billion UAH nationwide from medium-sized farms alone.

They know from their own experience what this will lead to. And that their total losses will be much higher than the gain in the price of land. It does not matter whether you sell your land yourself or not, the main thing is that your neighbors did.

Ukraine is not Madagascar

One of the world’s most striking examples of the failure of the liberal land market is Madagascar.

This island has become a symbol of the negative effects of land acquisition by foreign companies: rising unemployment, exacerbating environmental problems and threatening hunger for most citizens.

Of course, this will not happen in Ukraine. But not only because our agrarians are richer than their Madagascar colleagues, and less than a third of the country’s population lives in the village, but also because Ukrainian society simply won’t allow it

At the moment of refusal to sign the Association Agreement with the EU, Yanukovych was at the height of his power, but Ukraine signed the agreement without him.

According to polls, 80 to 90% of all citizens of the country oppose the admission of foreigners to the agricultural land market.

Therefore, in the next electoral cycle or even earlier – as soon as the law on referendum on popular initiative is passed – it will be revised.

Strategic investors are very sensitive to such risks. It is therefore not surprising that none of them announced their plans to invest in Ukrainian agricultural land.

They will come only when they are convinced that there will be no way back.

The only way to give them the appropriate guarantees right now is to establish an authoritarian regime in the country, the way it was done in China.

To sum up, it is only our agrarian oligarchs that will benefit from the opening of the Ukrainian agricultural land market to foreign companies.

Using a cheap resource, they will be able to grow their land bank, so it is not surprising that both Kernel and MHP have started preparing for the issuance of their Eurobonds.

Ukraine and all its citizens have paid a heavy price for the emergence and influence of oligarchs in Ukrainian politics.

The agricultural sector remains one of the least oligarchized sectors of the Ukrainian economy.

Reducing the limit on the concentration of agricultural land in the hands of a single person and prohibiting the foreigners from the market would allow the agricultural sector to be de-oligarchized.

Given its role in the Ukrainian economy, this would be a major step forward towards de-oligarchization of the entire country. However, so far the political line of the party and the government is going in a completely different direction. Well, there is still time to change it.

Mykhailo Sokolov for the Ekonomichna Pravda