Reanimation package of reforms > News > Columns > What Is wrong with the Land market draft law? 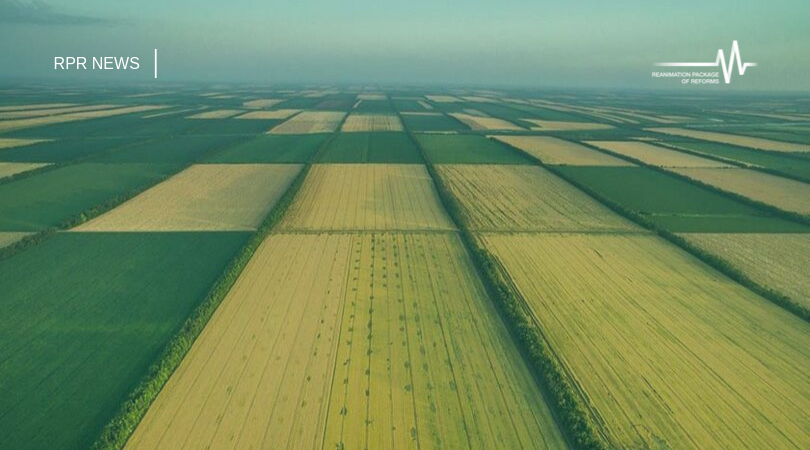 What Is wrong with the Land market draft law?

On September 20, the Ministry of Economic Development, Trade and Agriculture of Ukraine published the long-awaited draft law on the circulation of agricultural land for public discussion. According to the statements of the President, Prime Minister, Minister of Economy and leaders of the Servant of the People faction, the authorities consider lifting of the moratorium on the sale of agricultural land a matter of utmost importance and almost the main unused reserve of the Ukrainian economy growth. Accordingly, the draft law itself should be extremely important for the authorities.

However, even superficial analysis shows that it was either developed quickly, which led to a number of mistakes, or the real goals of the authors differ significantly from those stated. Given that the draft law consists of only 3.5 pages, the readers can easily see it for themselves. The following will help highlight the most dramatic differences between political statements and reality.

In other words, a foreigner can buy agricultural land only if the foreigner remains a foreigner formally, and essentially becomes a French farmer.

It is a mystery why the Ukrainian government decided to do the opposite – to create favorable conditions for land profiteers, rather than for foreign farmers who chose to live in Ukraine. As a result, one of the members of All-Ukrainian Agrarian Council, a Dutch farmer Kees Huizinga, who has lived in Ukraine for over 17 years and created advanced dairy farming here, will not be able to buy the land for personal property, and financiers from London, New York, Berlin or Dubai, through their own legal entities, will have the opportunity to buy and sell Ukrainian agricultural land ten times a day without even having to come to Ukraine.

The draft law proposes to set a limit on the amount of agricultural land that can be owned by one Ukrainian natural or legal person, including related parties. For the region, it is not more than 15%, for the whole country it is 0.5%.

Thus, one Ukrainian oligarch will be able to legally buy 200 thousand hectares of land, which will cost about 400 million USD. Of course, this is a lot, but it is at least some land latifundia growth restriction!
If this is what you thought, then you have been tricked. These restrictions are a mirage. The thing is that according to the Civil Code of Ukraine the title consists of the right of ownership, which means the possibility of the owner to have the property in his direct possession, we emphasize the word ‘direct’, the rights of use and rights of disposal. No related parties, even those affiliated through the parent company, may exercise the respective rights with respect to the ownership of another legal entity.

Therefore, a Soros or a Rothschild has every right to buy all Ukrainian land. To do this, he will need 200 subsidiaries registered in Ukraine, each of which will own 0.5% of all agricultural land in the country.
To prevent this conflict, the drafters of the law had to restrict the area of agricultural land owned by a group of related parties, both Ukrainian and foreign, rather than a separate legal entity. I would like to note that such wording was worked out by many experts, but for some reason it was not used in the draft law.

Another gap that ignores the statutory restrictions on the concentration of agricultural land in the hands of a single person creates the control mechanism it has introduced. It does not have any consequences for the fraud dealers.
The thing is that, according to the draft law, the check whether the buyer is trying to collect more agricultural land than allowed by law is carried out only at the time of purchase of the land itself.

However, if the Ukrainian oligarch or foreign billionaire decides to buy out legal entities that already own the land rather than the land itself, then such transactions are not subject to verification. In turn, the mere exceeding of the permissible amount of land owned by one person or a legal entity resulting from such activity is not a ground for canceling the agreement and depriving it of its ownership of the land. In other words, innocent until proven guilty, or a law for fools, because the smart ones know how to get around it.

The Minister of Economic Development, Trade and Agriculture, Tymofii Mylovanov, keeps repeating that the Government will monitor who buys agricultural land and how much, and in case of abuse, will initiate changes to the law. However, this will be the case described in the saying – “lock the stable door after the horse is stolen”. The law does not have retroactive effect, so whatever the Government comes up with thereafter, the land will remain the property of the one who bought it, even by using bypass schemes.

We will buy land and serfs

If the area of agricultural land that can be purchased within the region or the whole country is at least formally restricted, then there are no such restrictions at the level of the ATCs, the usual territorial community or the area. Thus, one farm can buy all the land around the village.
A rhetorical question arises as to what extent local government can be independent of the owner of all agricultural land. The answer is obvious – both the local council and everyone else will have to obey such a local super-oligarch simply because it will be virtually the only taxpayer and employer in the community. As a result, the political rights of the residents of such a community will also turn into a figment. It will be the Master who will choose the authorities, not they.

The fact that such a scenario is more than real is easy to prove, given that the largest Ukrainian agricultural holdings cultivate 600,000 hectares of land, and the area of most ATCs does not reach 20,000 hectares, and the territory of the ordinary village council rarely exceeds 5,000 hectares. Many holdings now cultivate all the land within a number of communities, but now they have to take into account the interests of the land plot owners, as they may refuse to lease the land to them, and after the sale of the land this deterrent will disappear.

The Russians are coming

The draft law separately stipulates amendments to the law on sanctions, which give the President the right to prohibit the acquisition of land by certain legal entities and individuals, obviously referring to legal entities belonging to the Russians. It would seem that the rule is right and patriotic, there is only one question – how are the president or the SSU going to identify all those hundreds and thousands of legal entities that are registered by Russian oligarchs in offshore zones using passports of EU countries, USA, Switzerland, etc. who do not disclose true information about themselves?

To date, our law enforcement agencies have failed to identify all the property and money that were taken by Ukrainian oligarchs to offshore from Ukraine. Then why are we hoping that we will be able to expose the Russians who are not Russian by the documents? Let me remind you that the Russian Federation does not give out information about its citizens. That is, it is possible to prove that a person is a citizen of Russia only if it is generally known, if the person confesses or accidentally shows Russian passport.

Talk about the most important thing

The entire Government’s information campaign to promote the land market law is aimed at promoting the thesis that the market should be introduced. However, this is no longer a question – everyone understands that the market is as inevitable as death and taxes. The questions on how the market works, what it will give to the country and who benefits from its introduction are virtually not discussed, though these are the very questions to be discussed.

Still, we want to believe that the reason behind this is inertia – generals are always preparing for the last war, including the information warfare, rather than the intention to divert the attention of society from the above problems and, thus, create ideal conditions for the creation of land latifundies in Ukraine owned by someone’s foreign friends.
Mykhailo Sokolov for LIGA.Business