Reanimation package of reforms > News > We call on the prevention of the creeping Occupation of the media space by Russia. A statement by former ZIK employees, Mediarukh and NGOs 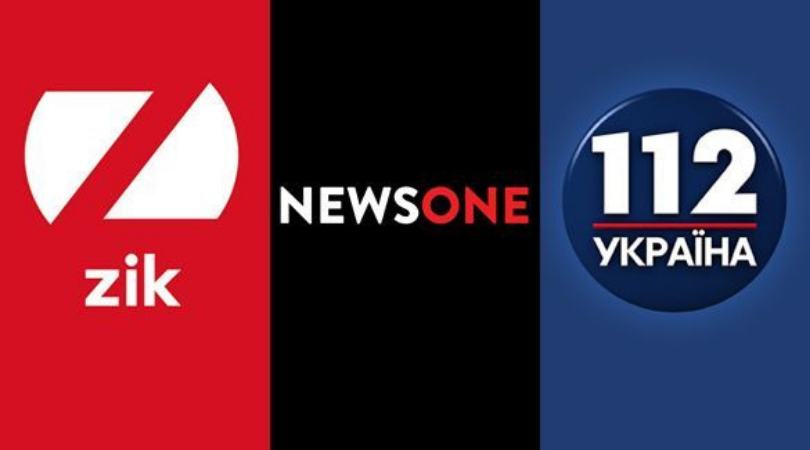 We call on the prevention of the creeping Occupation of the media space by Russia. A statement by former ZIK employees, Mediarukh and NGOs

Former ZIK channel employees, the media movement Media for a Conscious Choice, Ukrainian NGOs, media experts and journalists urged the leadership of the state and law enforcement agencies to prevent the use of Ukrainian TV channels to promote pro-Kremlin propaganda and the creeping occupation of the media space by Russia. Detector Media publishes the full text of their statement.

The rights to ZIK TV channel, news agency and website have officially been transferred to Taras Kozak, a close associate and business partner of Viktor Medvedchuk, one of the leaders of the Opposition Platform – For Life. This is the third TV channel purchased by Taras Kozak this year: earlier he had become the official owner of 112 Ukraine and NewsOne. Along with Inter channel, which is controlled by other founders of the pro-Russian OPFL, these broadcasters form a powerful media resource, and its owners are already talking about the possibility of acquiring other assets.

Viktor Medvedchuk is known to have been consistently promoting the interests of the aggressor country in Ukraine, in particular through manipulation and censorship in the media which are under his actual control, as evidenced by monitoring performed by media NGOs.

Viktor Medvedchuk and his political force do not hide the intention to return Ukraine to the zone of political and economic influence of Russia. Media resources are used as an instrument to exert pressure on the authorities and to shape the public opinion. The image of Medvedchuk as a “peacemaker” and an indispensable mediator between Ukraine and Russia is largely created by the media loyal to the “Opposition Platform – For Life” or its controlled founders. Monitoring performed by Detector Media regularly confirms that the programs of 112 Ukraine and NewsOne literally reproduce the propaganda messages broadcast on the Russian federal media.

As early as in the first days after change of the owner, his influence on ZIK became obvious. Tetiana Danylenko’s program with criticism of Viktor Medvedchuk was not rerun, and the vedio itself was removed from the official YouTube channel. Journalists told about the introduction of the so-called “stop-lists” on the channel – the list of public figures that are not to be invited to the channel. The key commentators of all the events are the representatives of the OPFL party. False sociological surveys of non-existent research centers are broadcast. They started airing programs where the hosts and at the same time the main characters are candidates from the OPFL Nestor Shufrych and Illia Kyva, political technologist Vasyl Apsasov, a dummy candidate for the last presidential election Yuliia Lytvynenko, etc., which is a violation of the duty of television channels to provide unbiased information (Art. 59, clause “c” of the Law “On Television and Radio Broadcasting”). The new management pressurizes the journalists making them to change the wording to make it in line with Russian propaganda.

We consider it as examples of the beginning of censorship on a television channel (“interference in any other form … with the dissemination of information”, Art. 24, Part 1 of the Law of Ukraine “On Telecommunications”)/

ZIK journalists know the history of Viktor Medvedchuk, who is responsible for introducing total censorship in the Ukrainian media in the first half of the 2000s. They, along with experts and colleagues, watched the program policies of 112 Ukraine and NewsOne TV channels, which, during the 2019 presidential election campaign, was aimed at promoting the interests of one political force – the OPFL.

That is why hosts and journalists of the ZIK TV channel started resigning voluntarily after the change of owner has been announced. This is the most large-scale voluntary resignation from the media in the history of Ukraine.

We, the journalists who voluntarily left Medvedchuk’s media group, as well as the participants of Mediarukh, NGOs that join this statement protest the creeping Russian occupation of the Ukrainian media space.

We call on the President of Ukraine Volodymyr Zelenskyi to voice his position on Russia’s informational intervention in the Ukrainian media space and the introduction of censorship on television channels controlled by pro-Russian politicians. We call on the President and his team, including the future MPs of the new convocation, to make every effort to introduce effective mechanisms that would allow the demonopolization of television, guarantee editorial independence, protection against the dictate of owners, transparency of sources of media financing, and support the development of independent Public Broadcasting.

We call on the National Council on Television and Radio Broadcasting to closely monitor the compliance of the content of NewsOne, 112 Ukraine and ZIK with the Ukrainian legislation and the terms of their licenses.

We urge the Security Service of Ukraine to give an answer whether the funds of the aggressor country were used to buy Ukrainian media assets, which undermines the sovereignty and territorial integrity of Ukraine. If this is confirmed, we demand all legal steps to stop this process.

We urge public figures – politicians, public figures, experts, celebrities, artists, etc. – to refrain from participating in the programs of the channels controlled by Viktor Medvedchuk.

We call on Ukrainian journalists to unite against the transformation of Ukrainian media into the Kremlin’s information and propaganda representative offices.

We believe that Ukrainian journalists, regardless of their beliefs and views, will not become tools in the hands of politicians, whose goal is to end the independence of Ukraine.

The statement is open for signing. Media professionals and non-governmental organizations that wish to join should send their signatures to Mediarukh coordinator Vadym Miskyi: vadimmiskyi@gmail.com.

Olha Movchan, head of the Department of Own Television Programs Production;

Viktoriia Maidanyk, editor-in-chief of the Information and Analytical Department;

The statement has been supported by:

NGO Centre for Democracy and Rule of Law

NGO Institute for the Development of the Regional Press

NGO Together against Corruption