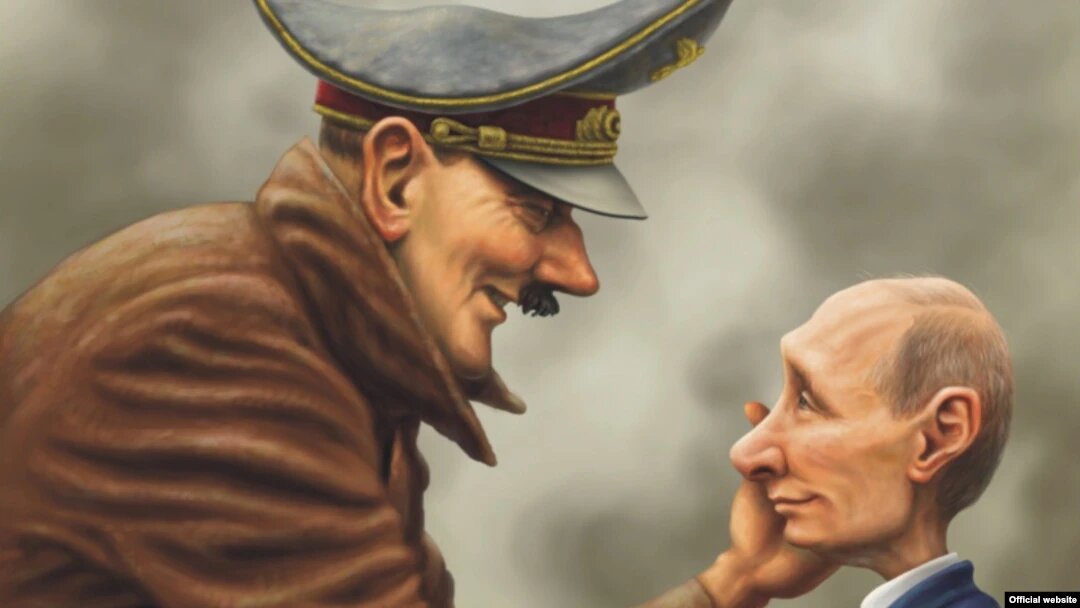 View from Kyiv: Putin’s failed blitzkrieg and the future of Europe

We wrote this commentary to the sound of sirens, now a familiar part of life in not only Kyiv but almost all Ukrainian cities. A week and a half into Russia’s all-out war on Ukraine, their wails have replaced the roar of trams and car horns. In the Ukrainian capital, such warnings of an impending attack have become so commonplace that some residents do not hurry into shelters but queue quietly on the street to buy bread, an increasingly scarce commodity. Unexpectedly, Kyivans have already learned to distinguish between the sounds of the air defence system and the new Russian guests in the capital: cruise missiles.

The first thing that Pentagon officials – and, indeed, almost all Ukrainians – tend to say about the war is that the Russian army failed to carry out the blitzkrieg ordered by President Vladimir Putin. Russia’s armed forces attacked Ukraine from the north, south, and east – from Russian territory and from occupied Crimea, Donbas, and Belarus. But, during the week of hostilities, they failed to take control of any regional centre. This was thanks to the fierce defence mounted by Ukraine’s military and every one of its people.

It seems obvious that the primary targets of the Russian army were Kyiv, Kharkiv, Mariupol, Kherson, Sumy, and Chernihiv. There are fierce battles around these cities. According to data provided by the General Staff of the Armed Forces of Ukraine, the Russian army has reportedly lost almost eleven thousand soldiers, as well as hundreds of tanks, armoured fighting vehicles, and other pieces of military equipment. This equates to more Russian casualties than in the entirety of the first Chechen war.

Failure has forced Russian leaders to change tactics. Of course, they will continue to use their own soldiers as cannon fodder, trying to defeat the Ukrainian army simply with overwhelming numbers of troops and equipment – in the best Soviet military traditions. However, the Kremlin has also decided to cause a humanitarian catastrophe in cities that its army failed to capture. Russian troops are now levelling Kharkiv, Chernihiv, and Mariupol with aerial bombardment and artillery fire. They are even using cluster munitions and vacuum bombs, which are prohibited by the Geneva Convention. We saw the same thing happen a few years ago in Aleppo, a Syrian city that Russian aircraft almost completely destroyed – forcing huge numbers of refugees to flee towards Europe. It seems that the same pilots are now committing such crimes in Ukrainian cities.

Russia used similarly brutal tactics during its two wars in Chechnya. Grozny was destroyed, thousands of civilians were killed – all under the guise of a so-called counter-terrorism operation. Putin calls the war against Ukraine a “special military operation” that only targets military infrastructure. And his supporters describe the abundant footage of Ukrainian cities, towns, and villages ruined by Russian attacks as fake news or the result of “provocation” by Ukrainian forces. These views are echoed by every Russian media outlet now that the Kremlin has moved to silence all dissent at home.

Volnovakha and Shchastya, cities in Donetsk and Luhansk regions, have already been destroyed. Russian troops have refused to allow besieged areas to open ‘humanitarian corridors’ through which to evacuate the wounded and provide food and medicine to civilians. At the same time, the Russian military is methodically destroying civilian infrastructure: its shells, missiles, and bombs continually hit hospitals, schools, and kindergartens. People in the cities the Kremlin claims to be ‘liberating’ live in basements to hide from the onslaught, without electricity and water. It is difficult to count the dead in this situation but, according to official figures, Russia has killed at least 2,000 Ukrainian civilians, many of them children.

Kharkiv has become Ukraine’s Stalingrad – the city is being defended with the same ferocity shown by the enemy trying to destroy it. The fact that there is such an intense battle for Kharkiv probably comes as the biggest surprise to Putin. Until recently, this Russian-speaking city leaned towards pro-Kremlin politicians so much that Moscow almost created a pocket ‘people’s republic’ there modelled on the so-called Luhansk People’s Republic (LNR) and Donetsk People’s Republic (DNR) in Donbas. In Kharkiv, Russian troops have been met not with flowers but with lead and fire.

In the lead-up to the offensive, Putin announced that his goal was to protect Russian-speakers in Ukraine, who were allegedly being oppressed. That Kremlin lie looks particularly cynical and surreal as Russian troops lay waste to Ukraine’s largest Russian-speaking city. Like other recipients of Moscow’s fraternal assistance, residents of Kharkiv take shelter underground and hope that Russian rockets will spare their homes.

On 4 March, the world could have woken up to a post-apocalyptic landscape. The night before, Russian troops opened fire on the Zaporizhzhia Nuclear Power Plant – the largest such facility in Europe. We thought that the horror of nuclear disaster would remain buried in the Chernobyl exclusion zone. But it seems that Putin is willing to threaten a nuclear catastrophe: an explosion at Zaporizhzhia could be equal to ten Chernobyls.

The callous tactics of Russian military commanders are not limited to the destruction of Ukrainian cities. In the days leading up to the offensive, the Kremlin-controlled leaders of the LNR and the DNR forcibly conscripted civilians – many of whom remained in the occupied territories to care for their parents and other relatives – into their illegal armed groups. Men were caught on the streets and sent to the military commissariats. And it did not matter whether those men had ever served in the army or were unable to do so due to health conditions. Those conscripts were sent to the training ground for a week so that they could at least learn how to hold a machine gun. Russia has already thrown them into the fight against the Ukrainian army, deliberately making Ukrainians kill their compatriots.

For almost two decades, the Kremlin has spent billions of dollars on rearmament and has glorified its military capabilities. The military is one of the pillars of Putin’s regime and his main tool for blackmailing Russia’s neighbours and the West. However, it seems that the newest weapons Russia purchased were mostly for parades and TV propaganda about military exercises. After all, numerous videos of destroyed and seized equipment in Ukraine suggest that Russian military equipment consists mainly of obsolete Soviet-era weapons systems. And this is the military that was supposed to conquer Ukraine in a few days – or so the Kremlin thought.

Ukrainian forces are now destroying not only the Russian army but also the myth of its power that Putin has so diligently built up throughout his reign. This is the result of the strong fighting spirit of the Ukrainian armed forces and the modern weapons they have received from their international partners. Such support somewhat offsets the quantitative advantage of the Russian army in manpower and equipment. Now, Russian troops make advances into Ukrainian territory only at the cost of hundreds, if not thousands, of soldiers every day. The Kremlin does not seem to care about these losses.

But one should not forget that Russia has stored a huge number of armoured vehicles, artillery, and aircraft in its warehouses since Soviet times. It could now deploy more of this equipment to Ukraine. Therefore, we hope for a significant increase in arms supplies from the European Union and NATO. In particular, Ukraine desperately needs modern air defence systems.

We do not know how much longer the Russian invasion will last. We do not know how many more Russian soldiers Putin is ready to abandon in Ukraine forever. But we are sure that Ukraine’s army and its people will fight to the last. It is impossible to convey the rage that all Ukrainians now feel towards the aggressor. They will never forgive or forget the killing of so many innocent people – including so many children – or the images of bombed-out apartment blocks, schools, and hospitals.

In this war, Ukrainians have proved that they belong in the European family. Each day, more of us pay for our freedom with our lives. In less than a week, Putin did what no Ukrainian politician was ever able to: permanently destroy any pro-Russian sentiment that remained in Ukraine. Now, the Ukrainian army is defending not only the country’s independence but also the entire democratic world. So, we need more help from the West than ever. Thanks to the courage and resilience of the Ukrainian people, we will win.

Margaryta Khvostova, Olga Lymar, and Denys Davydenko are members of the Reanimation Package of Reforms Coalition, a leading coalition of 26 Ukrainian NGOs created after the 2014 Revolution of Dignity.