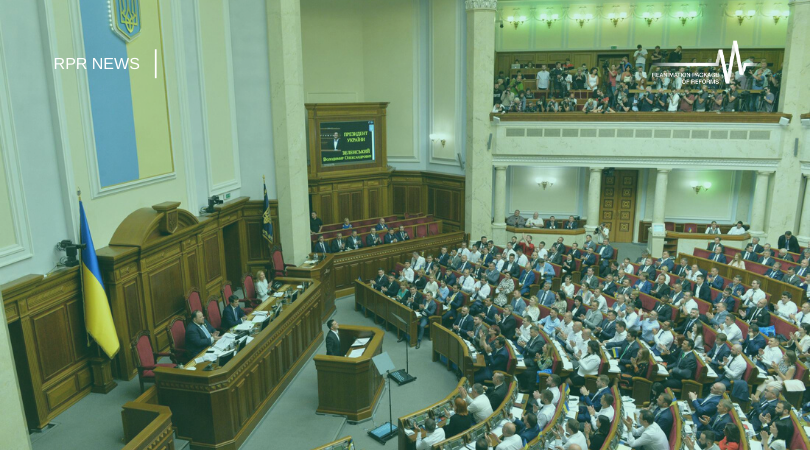 What are the threats to the amendments to the Constitution in the area of Parliament’s work? What long-term problems of the Verkhovna Rada already been solved? It was discussed by participants of the online event “Regional Discussion of Reforms: Parliamentary Reform“, organized by the Reanimation Package of Reforms Coalition on May 28.

On the eve of the election of the Verkhovna Rada of the ninth convocation, the civil society announced the Parliamentary Reform Agenda: update the Roadmap for Internal Reform of the Verkhovna Rada, adopt the Law on Civil Service in the Verkhovna Rada of Ukraine, and develop and adopt a Code of Ethics. But so far, these recommendations have not been implemented. This was stated by the co-author of the draft analytical brief “Parliamentary Reform” Director of the Analytical Department of the Laboratory of Legislative Initiatives Oleksandr Zaslavskyi during the presentation of the document.

Current challenges in the field of parliamentary reform mentioned in brief:

For development comprehensive amendments to the Constitution in the sphere of Parliament’s activity, it is necessary to create an inclusive group, which will include representatives of the Office of the President and relevant public experts. This group should formulate current problems and develop a roadmap for solving them. This proposal was made by the co-author of the brief, a member of the Board of CPPR, co-chair of the Board of the RPR Coalition Yulia Kyrychenko.

But some government-initiated changes to the Constitution weaken parliamentarism and may threaten the work of the Verkhovna Rada.

“Draft law № 1017 reduces the composition of the Parliament from 450 to 300 MPs and may temporarily suspend the activities of the Verkhovna Rada. The final provisions of the document provide for the resignation of the Verkhovna Rada’s deputies of the ninth convocation on election day. But the deputies of the next convocation will take the oath only during their first sitting. That is, there is a certain period when the Parliament will not function, “Kyrychenko said, adding that the abolition of parliamentary immunity weakens MPs’ role.

She also proposed to change the procedure for passing draft laws on the model of the parliaments of European countries: by a majority of MPs present with a certain quorum.

“This will motivate MPs to attend the sittings,” said the RPR Coalition Board co-chairman.

But the weakest function of the Verkhovna Rada remains the function of parliamentary control. To strengthen it, Kyrychenko proposed to include the institution of interpellation in the Constitution and to detail it in a particular law.

A new working group has already been set up to implement the roadmap for the internal reform of the Parliament, says Pavlo Frolov, Chairman of the Subcommittee on the Rules of Procedure of the Verkhovna Rada.

He disagreed with criticism of the weakening of the status of MP due to the abolition of immunity.

“The abolition of immunity is the basis for the professionalism of the next convocations of the Verkhovna Rada,” he said, adding that it would be a barrier for people who enter Parliament to receive certain benefits from their status.

The adoption of the bill № 1045 on changes to the rules of procedure of the Verkhovna Rada was hindered by the “turbo regime” of the Parliament, Frolov explains. After all, for the bill’s adoption as a whole, the committee prepared a draft that provided an imperative mandate. Because of this, the draft law was not considered.

He called the need to adopt the bill “On the peculiarities of civil service in the Verkhovna Rada of Ukraine” a debatable issue.

“Do we need a separate law on civil service in the secretariats of ministries or the President’s Office?” the MP asks.

But the need for this bill has been discussed in detail over the past seven years, disagrees with Frolov member of the Verkhovna Rada Committee on State Building, Local Governance, Regional and Urban Development Alyona Shkrum.

“Its necessity was clearly defined because the parliamentary civil service has its peculiarities. But the working group on this bill last met last year,” the MP said.

According to her, the Verkhovna Rada of the ninth convocation solved the problem of button-pressing.

“In the Parliament of the last convocation, we wrote 2-3 complaints about button-pressing almost every sitting. But during the period of the Verkhovna Rada of the ninth convocation, only a few of these cases were recorded,” the MP states statistics.

She also drew attention to the reduction of absenteeism.

“The strict discipline of the mono-majority encourages other MPs to attend the Parliament hall,” explains Shkrum.

Another positive change was due to the coronavirus pandemic.

“Quarantine forced all MPS to switch to electronic document management and online committee meetings. Only two committees used these tools in the Parliament of the last convocation,” Shkrum concludes, adding that parliamentary control is the biggest challenge for the current Verkhovna Rada.

One of the tools to improve parliamentary control will be the adoption of a law on interpellation, said the first deputy chairman of the Verkhovna Rada Committee on Finance, Taxation and Customs Policy Yaroslav Zheleznyak.

“But we have already lost time for radical parliamentary reform. I do not believe that the Verkhovna Rada of the ninth convocation will approve significant changes in this issue,” the MP summed up.

During all five years of the reform, a significant part of the proposals of the Roadmap for Internal Reform of the Parliament has not been implemented, states the director of the USAID RADA Program Ihor Kohut.

But this cannot be done without the involvement of the Government.

“The list of recommendations in parliamentary reform should not be expanded. On the contrary, they need to be narrowed down and prioritized,” Kohut said.

Volodymyr Kryzhanivskyi, a senior adviser to the USAID RADA Program, suggested that amendments and proposals should not be considered in Parliament to save time when considering draft laws.

“All amendments and proposals to bills should be considered and approved only in committees. After all, according to the Constitution, the Verkhovna Rada should adopt only bills,” the expert concludes.

Read also: “Regional Discussion of Reforms: On the Road to Vilnius” on the topic of education organized by the RPR Coalition on May 18.

“Regional Discussion of Reforms” is organized by the RPR Coalition in partnership with the Embassy of the Republic of Lithuania.