Reanimation package of reforms > News > Uncategorized > US Department of State: Ukraine is capable of counteracting Russia’s aggression through anti-corruption activities, energy and investment 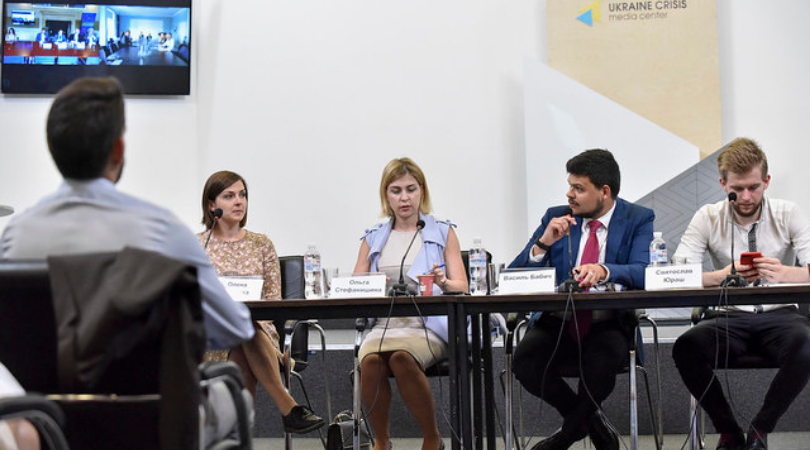 US Department of State: Ukraine is capable of counteracting Russia’s aggression through anti-corruption activities, energy and investment

Ukraine can transform into a successful democratic state only after the full implementation of the reforms that have already been launched. This will serve not only as a proof of the reliability of Ukraine as an international partner, but also as a key to confronting Russia’s aggression, stressed the participants of the online round table Kyiv-Brussels-Washington, which was organized by the RPR Coalition on June 20.

The United States’ support for the territorial integrity of Ukraine remains unchanged, said Brad Freden, Director of the Office of Eastern European Affairs of the US Department of State.

“Russia undermines stability in the region through aggression in Donbas, the Azov and Black Seas and the occupation of Crimea. The United States will never recognize the legal annexation of the peninsula by Russia,” he says.

The conflict in Donbas is not frozen, because people die every day there. However, Ukraine will not be able to counter the aggression of Russia until it becomes a full-fledged democratic state and begins a large-scale fight against corruption.

“The Ukrainian economy has stabilized after the crisis since the beginning of Russia’s aggression in 2014, but we need to build stable state institutions to attract foreign investment,” says Freden.

Ukraine can become a self-sufficient state in the energy sector if it invests in transparent oil and gas production in its own territory, he concluded.

“Russia uses gas as an energy weapon not only against Ukraine but also against other states,” added Jonathan Katz, Senior Fellow at the Marshall Fund of the United States.

According to Olha Stefanishyna, Director General of the Government Office for the Coordination of European and Euro-Atlantic Integration of the Secretariat of the Cabinet of Ministers of Ukraine, a successful state should be successful in foreign policy. Accession to the European Single Market was initiated by Ukraine, and not by the European Union. The next important step should be Ukraine’s accession to the European Single Energy Market, because it is not just a matter of economy but also security: we need room for maneuver under the economic pressure exerted by Russia. One of Ukraine’s main priorities in foreign policy is the implementation of internal reforms as a capacity for reliable partnership, emphasizes Olena Halushka, Head of International Relations of the Anti-Corruption Action Centre. “Civil society expects that the new President, Parliament and Government will preserve the achieved reforms (NABU, the High Anti-Corruption Court) and promote new changes: completion of the judicial reform and the reform of the criminal police,” says Halushka.

This event is conducted within the framework of the core support programme to Centre for Democracy and Rule of Law, enabled by the financial support from Sweden. The event is organized in the course of the Transatlantic Task Force on Elections and Civil Society in Ukraine that is a joint project of the Reanimation Package of Reforms, the German Marshall Fund of the United States, the U.S.-Ukraine Foundation, and the Ukrainian World Congress.