Reanimation package of reforms > News > Columns > Ukraine’s nominal GDP is growing. Why and what does it mean? 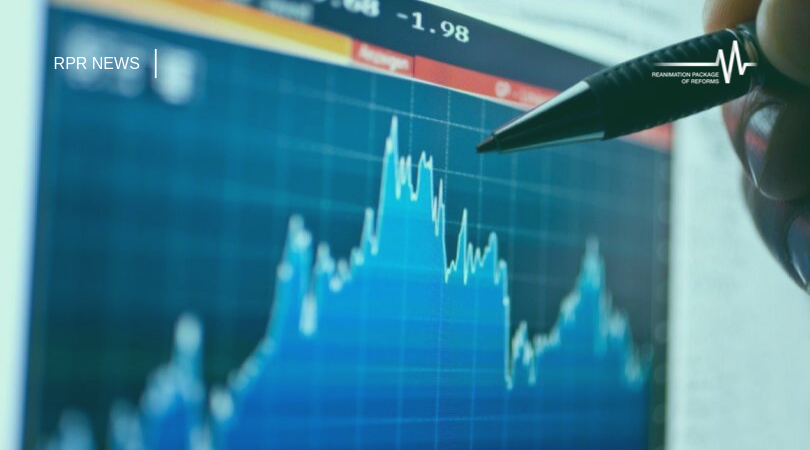 Ukraine’s nominal GDP is growing. Why and what does it mean?

What contributes to the nominal GDP growth and does it mean the development of the country’s economy?

In Q2 2019, Ukraine’s nominal GDP showed about 15% growth compared to Q1 2019. This figure may seem quite significant at first glance. We have tried to find out what this growth is all about, to what extent it indicates the economic development, and what other indicators should be taken into account to understand the full picture.

Which industries have been the main growth drivers?

Obviously, the growth of these industries is associated with the seasonal factor: activities in agriculture and construction intensify in spring.

Water supply also includes the operation of irrigation systems, that is, its growth can also be partly explained by growth in the agricultural sector.

Secondly, if we try to track the share of each industry’s contribution to the direct GDP growth over the period under review, then process manufacturing will be the leader with 19.2%, followed by wholesale and retail trade (16.1%) and the third place will be occupied by agriculture (11.4%).

Although agriculture shows the biggest increase due to the seasonal factor, its share in the GDP structure of Ukraine is smaller than in industry, and therefore its share in the overall growth is relatively lower.

Growth in the process manufacturing industry is due to many factors: with the metallurgy growth due to the completion of repairs and installation of new equipment, slowdown of the fall in the chemical industry due to increased demand for fertilizers on the part of farmers (seasonality factor again), growth in the food industry, etc.

Increase in wholesale and retail trade is linked to a steady increase in household incomes, as well as high household consumer sentiment (according to the NBU, referring to Info Sapiens data, consumer sentiment in May reached its maximum in the last five and a half years). Overall, household spending rose by 6.8% compared to Q1 2019.

In general, the drivers of GDP growth in Ukraine are not only the consumer sentiment of households but also the expectations of businesses. According to the NBU, the Business Expectations Index of Enterprises amounted to 117.8% in Q2. Optimistic sentiment encourages enterprises to invest into production capacity: Gross fixed asset formation increased by 22.7% in Q2 2019.

Despite the fact that 15% may seem to be quite a serious indicator at first glance, we should not be too optimistic about this.

First, these 15% include inflation, which is an increase in the value of all goods and services over time. Secondly, comparing GDP growth based on successive quarters is not entirely correct. As mentioned above, such growth depends largely on seasonal factors that are inherent in the Ukrainian economy. For example, if you open the website of the State Statistics Service and find the nominal GDP growth in Q2 2018 compared to Q1 of the same year, you will see almost the same 15%.

If we look at the real GDP growth of Ukraine, taking into account the seasonal factor in Q2 2019, compared to Q1, it is a quite modest 1.6%.

It is much more interesting to look at real GDP growth (that is, calculated at constant prices) year on year, where Ukraine showed 4.6% growth, which is one of the highest figures in recent years. In this case, the already mentioned growth in the industry, retail trade, as well as in agriculture played a role, due to faster start of the harvesting campaign and higher yields.