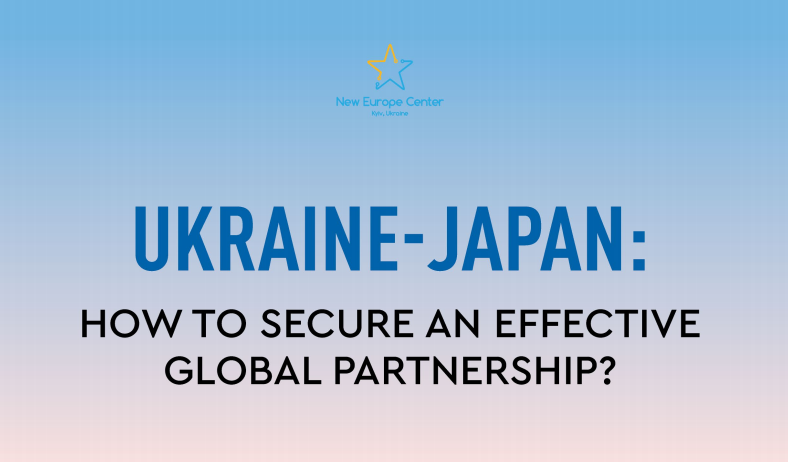 Ukraine-Japan: how to secure an effective global partnership?

Ukrainian-Japanese relations over the past six years have been perhaps the best in the history of the bilateral relationship. They could improve even more were it not for a Japanese core policy focus on its territorial dispute with Russia or attempted deals of a questionable nature with China on the Ukrainian side.

Despite the bilateral nature of relations, Ukrainian-Japanese dialogue has been — and will by all accounts continue to be — largely vulnerable to the influence of other countries, above all, Russia and China. So, the real challenge will become how, despite these external influences, to develop and put into practice a
broad and mutually beneficial bilateral agenda, and also to assert Ukrainian-Japanese relations as a vital element of relations between Japan and Europe, and not Japan and Russia.