Reanimation package of reforms > News > Events > Ukraine Has Held Democratic Election, Despite 5 Years of Russian Aggression – the Head of the International Observation Mission 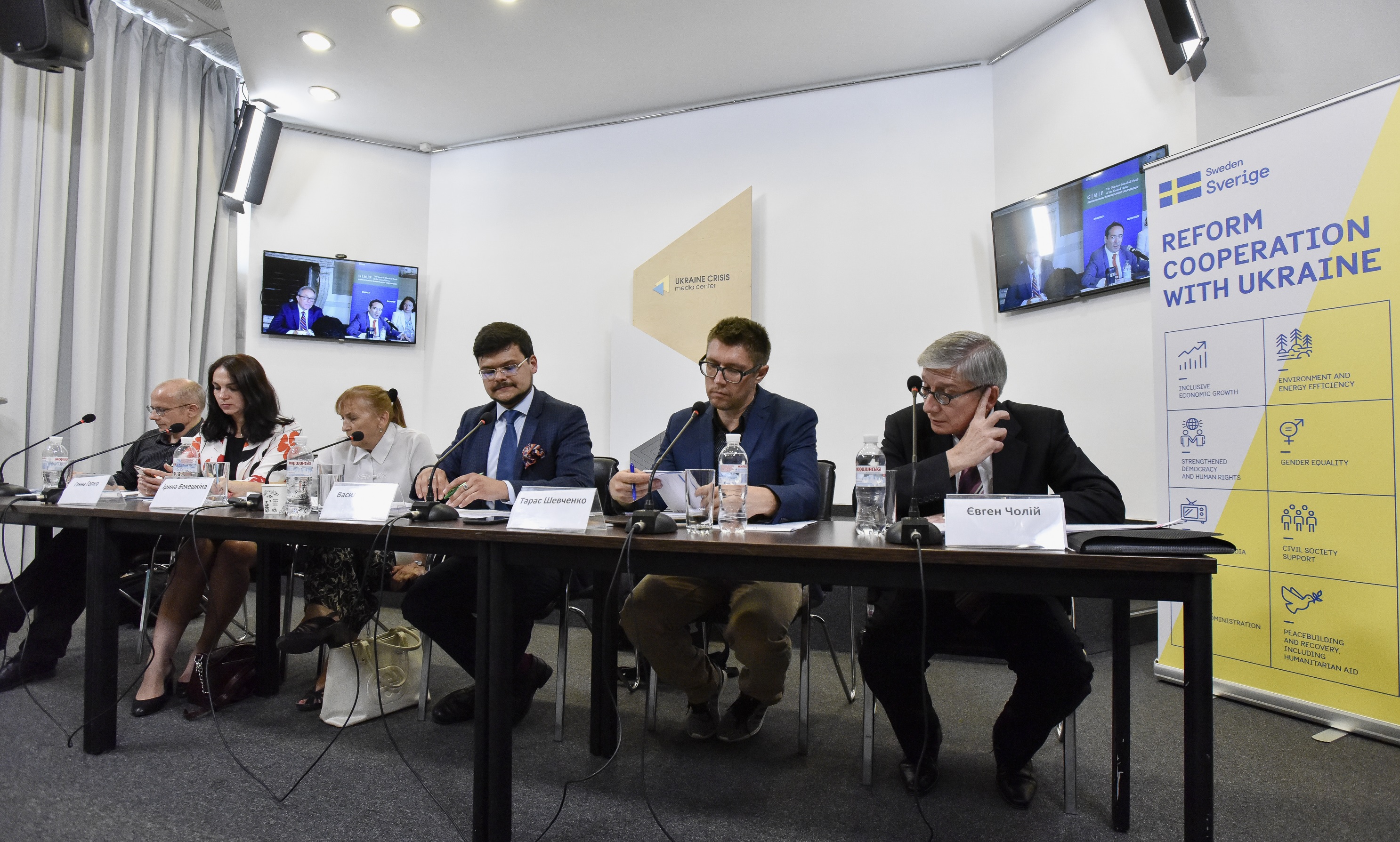 Ukraine Has Held Democratic Election, Despite 5 Years of Russian Aggression – the Head of the International Observation Mission

During the parliamentary election in Ukraine on July 21, there were no systematic and significant violations that could affect the voting outcome, therefore election to the Verkhovna Rada can be considered democratic and transparent, said Yevhen Cholii, Head of the Ukrainian World Congress International Observation Mission during the online Kyiv-Washington round-table organized by the Reanimation Package of Reforms Coalition and the Marshall Fund of the United States on July 24th.

“Certain minor violations occur in all democratic states of the world. Election in Ukraine is transparent and democratic, despite 5 years of Russian aggression in Russia,” says Cholii.

All international observation missions recognized the democratic election in Ukraine, while Russia disseminated the opposite information – it is part of the Kremlin’s propaganda narrative disseminated for several years. “The Russian Federation is using a powerful propaganda machine trying to convince the world that Ukraine is a corrupted and failed state while any international observer can see for themselves that it is simply a Kremlin’s lie,” added the UWC representative. The results of the recent Verkhovna Rada election were among the most unexpected in the history of Ukraine, since Ukrainians mostly vote for the opposition in parliamentary elections, said Iryna Bekeshkina, a Member of the RPR Coalition Board, Director of the Ilko Kucheriv Democratic Initiatives Foundation.

We should not put the majority of the ruling party in the Verkhovna Rada and authoritarianism on par, since a similar situation is often observed in the United States and the United Kingdom, says Taras Shevchenko, a Member of the RPR Coalition Board, Director of the Centre for Democracy and Rule of Law. “In the nearest future, the advocacy capacity of civil society will be aimed at one political party in one way or another, although the influence of the public (and RPR in particular) on the authorities will be lower than in previous years,” said Shevchenko.

He gave three tips to representatives of Ukrainian civil society: 1) Decide: whether you control the authorities or cooperate with them; 2) Always look for a window of opportunity; 3) Be a realist rather than an idealist. First and foremost, the President and the future Parliament and Government should focus on the defense sector, the SSU and intelligence reform. It is also necessary to continue the decentralization reform, education and healthcare reforms, advised Hanna Hopko, Chairperson of the Verkhovna Rada Committee on Foreign Affairs. It is worthwhile to maintain international sanctions pressure on Russia in foreign policy. “In exchange for peace in Donbas, Russia wants some territory and sovereignty of Ukraine,” added Andreas Umland, Senior Research Fellow at the Institute for Euro-Atlantic Cooperation.

This event was held within the institution building program of the Centre for Democracy and Rule of Law, with the financial support of Sweden.  The event was organized within the Transatlantic Task Force on Elections and Civil Society in Ukraine – a joint project of the Reanimation Package of Reforms, the Marshall Fund of the United States, the US-Ukraine Foundation and the World Congress of Ukrainians.