Reanimation package of reforms > News > Columns > Ukraine Doesn’t Need the West to Defend It. We Need Help Preparing for War 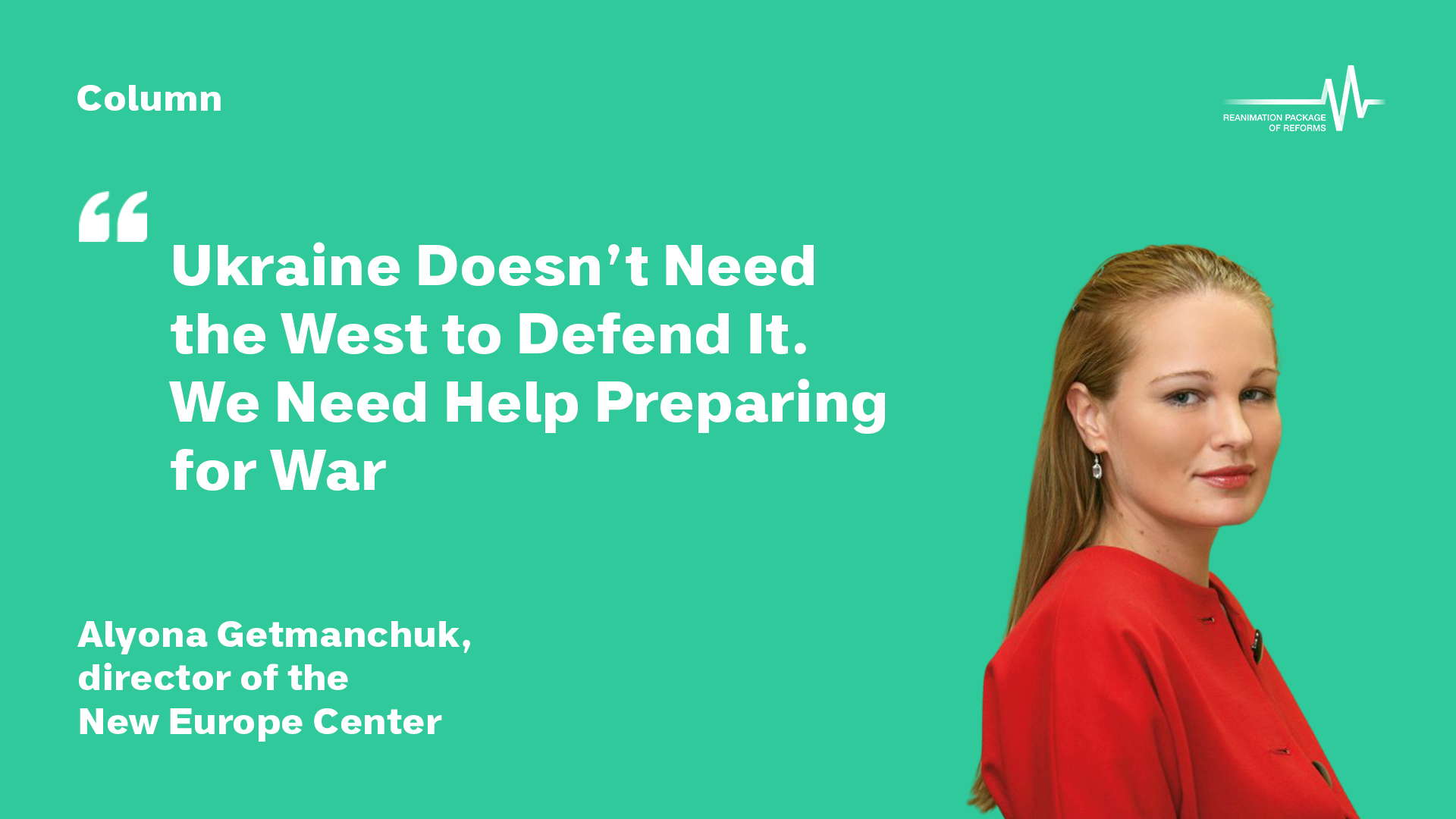 Ukraine Doesn’t Need the West to Defend It. We Need Help Preparing for War

Our country is not brimming with hope about a Western savior or a NATO rescue in the face of a Russian invasion. What we want from our Western partners that share our desire for us to be a true democracy free from Russia’s yoke is help in preparing for war so we might stand a chance if Moscow invades.

While we Ukrainians appreciate that American leaders take pains to say, “Nothing about Ukraine without Ukraine,” that’s not exactly happening. Our voice is often drowned out amid the rhetorical volleys being traded by the United States, its NATO allies and Russia.

To be clear: Talks aren’t simply “talks” when you have a gun to your head. And that’s what’s happening to us in Ukraine now.

While the talks were being conducted in Geneva and Brussels, Russia began transferring military helicopters to Ukraine’s borders and engaged in new military drills in Russian regions neighboring Ukraine. This came after Moscow massed around 100, 000 troops on the border; it is also reportedly moving military equipment and personnel toward the border from other parts of Russia.

Whether he invades or not, we know that President Vladimir Putin is most likely using this troop buildup to ultimately force Europe and the United States into a renegotiation of the power balance on the continent.

But we are not a political football. Western leaders should remember that the real victim in this story is Ukraine. It is troubling that these talks are ostensibly to address the security concerns of Russia, the aggressor, even though ours should come first. Western leaders should avoid a situation where avenues for dialogue outnumber avenues to deter Russia — and that’s the situation right now.

Of course, diplomacy is critical, and we all know how realpolitik often runs the show. But it’s also naïve to assume that Russia will be negotiating in good faith. The United States, for instance, has accused Moscow of sending saboteurs into eastern Ukraine to stage an incident that could provide Mr. Putin with a pretext for invasion.

So the talks should have been accompanied by clear actions to enhance Ukraine’s resilience, like providing additional security and military assistance — specifically, air defense.

Ukraine is not asking for the West to defend it. Rather, it is asking for help to prepare for this fight by bolstering our military capacity. Moreover, the best way to defend Ukraine is to defend Western doctrines and values, including the “no spheres of influence” principle barring large countries from dominating their neighbors and NATO’s “open door” policy of welcoming new applicants to the alliance. Close cooperation between Ukraine and the alliance — like military exercises, which enhance the Ukrainian Army’s ability to work with NATO member states and also remind Russia that Ukraine is not alone — should continue.

These are our asks. And in the meantime, we are preparing for the worst.

Until very recently, polls showed Ukrainians were largely afraid of rising utility bills and the deteriorating economy, and less than half said that a war was possible. That’s because after nearly eight years of Mr. Putin’s aggression, Ukrainians have gotten used to his (unfortunately) successful use of saber rattling as a tactic to get an invitation to negotiations with the West on his own terms.

But now, Ukrainians are increasingly preoccupied by the prospect of a new invasion. They don’t believe the talks with Mr. Putin will be productive, which means Russia will see military action as the only way to bring Ukraine back into Moscow’s sphere of influence. These concerns echo in my work at a think tank here and in conversations with friends and family.

Not surprisingly, a popular topic these days is how to join civilian “resistance” units to complement the military in case of an invasion. Billboards in many Ukrainian cities and on highways urge people to join the ranks, with a phone number to enlist. I’ve seen Facebook posts pop up about the necessity for a so-called emergency bag of essential items to grab when an invasion starts.

Even Kyiv — which has been considered almost a safe haven, distant from the war in the east and occupied Crimea — is on edge over fears Mr. Putin could attack Ukraine.

Updates on the diplomatic talks dominate the evening news and animate Facebook conversations. As one of our polls has shown, a majority of Ukrainians are convinced that Mr. Putin would continue to needle Ukraine even if it gave up its hopes of joining NATO or the European Union in the future.

Western leaders at the negotiating table should remember that Ukrainians deserve to be able to plan their lives according to their dreams, not according to Mr. Putin’s imperialistic obsessions. And that Ukraine’s failure would be not just a win for Mr. Putin’s regime but also a blow to global democracy.