Reanimation package of reforms > News > Columns > Treason in the Ministry of Economy and the Disrupted Production of Shells: What Do Pashynskyi’s Associates Have to Do with This? 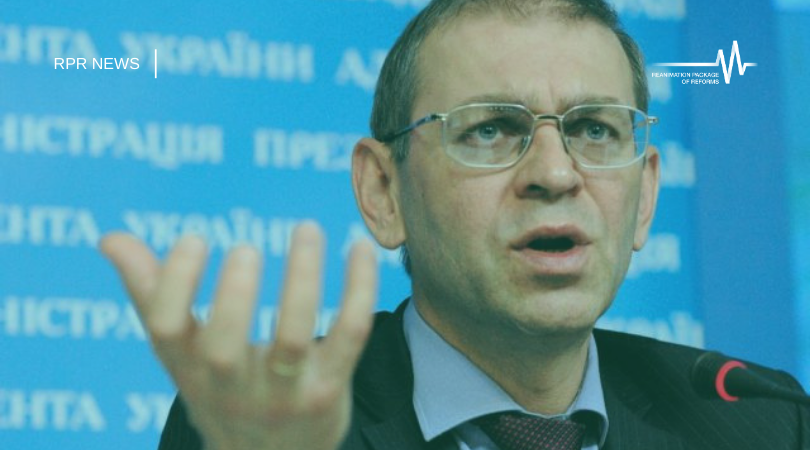 Treason in the Ministry of Economy and the Disrupted Production of Shells: What Do Pashynskyi’s Associates Have to Do with This?

The SSU has finally started to do the things it is supposed to. On October 17, media reported that the service was investigating the possible cooperation of ex-Deputy Minister of Economy Yurii Brovchenko with the special services of the Russian Federation in the context of disruption of production of 152 mm shells for the Giatsint artillery system.

An average citizen may think is it quite strange: the Ministry of Economy and the artillery – these are too far apart.

However, the expert environment that monitors how Ukraine has been prepared for a hidden surrender for the past 5 years is not surprised. And the surrender is not the result of the notorious Steinmeier’s formula. It is the result of the chaotic theft and destruction of artillery, armored, aviation and other factories in Ukraine.

However, let’s go back to Brovchenko.

The Ministry of Economy is the authorized body for coordination of activities on the implementation of the state defense order. To be more precise: In recent years, it has been purchasing, through its own enterprise, the Ukrainian Security Center, a state-of-the-art weapon manufacturing equipment using the state budget.

It was Yurii Brovchenko who was in charge of this area as Deputy Minister of Economy during 2016-2019.

In fact, the top management of the defense industry was as follows:

That is, until recently, Brovchenko used to be a rather influential person who determined what our army used to respond to the aggression of the Russian Federation.

So, the SSU, in the pre-trial investigation, disclosed one of the episodes of Brovchenko’s “state” activity.

In April 2018, the Security Center ordered equipment (using money of the Ministry of Economy) from the US company Gray Fox Logistics for a complete production line for the production of shells, which was to be installed at the state joint-stock holding company Artem.

The history of Artem Company dates back to the nineteenth century. Today, it is the undisputed leader in the production of missiles and shells.

Gray Fox Logistics received a 50% advance of $ 8.5 million. But the trick is that the US company has not shipped any equipment to Ukraine.

According to the SSU, the representative of the US company is actually a Russian spy who seduced top officials in the Ministry of Economy. And thus he lured budget funds from them in order to undermine Ukraine’s defense capability.

In the framework of the mentioned case, the service is also checking the role of Vladyslav Hlazunov, the director of the Security Center, without whose decision no funds would have been sent to the US company. By the way, this manager still manages Security Center, which procures equipment for other defense plants.

Finally, a logical question arises to the headline: so what about Serhii Pashynskyi?

And the thing is that while the state-owned Artem Company was waiting for equipment from the United States, the right to supply shells for Giatsint systems of the armed forces was granted to the private company Rubin 2017 LLC, which, in fact, has never been famous in the weapons market and was established in 2017.

Security Center has allocated 100 million UAH to Rubin for the purchase of the same equipment required by Artem.

The founders of Rubin LLC include Ukrainian Armored Vehicles (Ukrbronetekhnika) LLC – a private company which until 2015 was operating under the name Ukrhlavpak LLC and specialized in the production of plastic containers.

Director of the company Oleksandr Kuzma is a relative of a well-known pharmaceutical businessman Mykola Kuzma, who in 2014 was a pro bono assistant of Serhii Pashynskyi, chairperson of the parliamentary committee on national security and defense.

Until recently, Rubin’s director was Liudmyla Vasylieva, also a pro bono assistant of another MP Ivan Vinnyk, the secretary of the National Security Committee, which was also chaired by Pashynskyi.

By a traditional coincidence, it was during Vinnyk-Pashynskyi’s parliamentary control over the defense industry that the business of their associates became the main contractor of defense orders for the army. At the beginning of the year, the aforementioned Ukrbronetekhnika secretly received 200 million from the army.

StateWatch gave the above facts about Gray Fox Logistics and Rubin 2017 LLC to Prosecutor General Ruslan Riaboshapka’s office. And these facts served as the basis of one of the three cases of major thefts in the defense industry that have been recently announced by the General Prosecutor’s Office of Ukraine.

Finally, it should be said that this text does not seek to obscure the names of the abovementioned dignitaries. Rather, it should help both the SSU and the General Prosecutor’s Office of Ukraine conduct an impartial investigation and ensure fair sentences for all saboteurs and corrupt officials who undermine the technical might of our army.

Hlib Kanievskyi for the UP