Reanimation package of reforms > News > Events > Toronto Principles should become a check-list for the future Government and Parliament, – the director of the Reforms Delivery Office of the Cabinet of Ministers of Ukraine 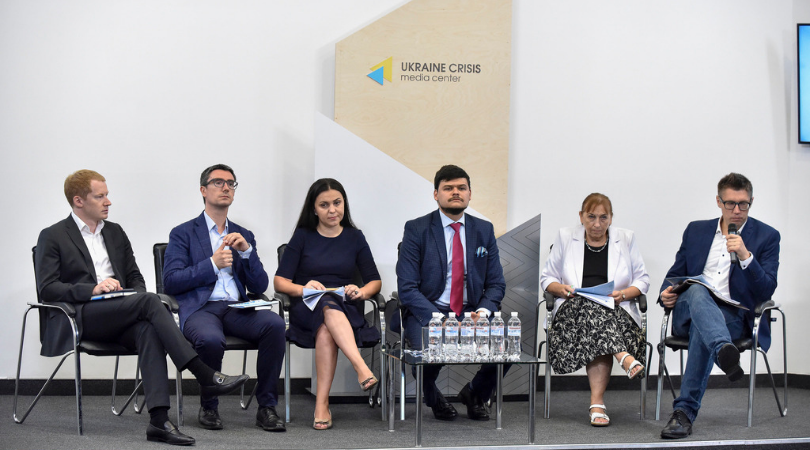 Toronto Principles should become a check-list for the future Government and Parliament, – the director of the Reforms Delivery Office of the Cabinet of Ministers of Ukraine

The Visionary Document  “Toronto Principles” is a guideline for change, it is intended to form not only the main directions of necessary reforms but also to ensure the irreversibility of already existing achievements, stressed the participants of the press conference organized by the Coalition’s Reanimation Package of Reforms on July 15.

“This document was prepared on an inclusive basis: it involves the maximum number of NGOs (including regional ones), as well as experts and business representatives,” said Taras Shevchenko, a member of the RPR Board and the director of the CEDEM. Also, together with the Toronto Principles, community experts have produced sectoral policy briefs in 12 areas of necessary changes in Ukraine.

Now we can monitor the compliance of the political course with the required reforms, – Shevchenko added.

“Toronto Princiles” should be used as a check-list for future Verkhovna Rada and the Government. In case of dubious decisions by politicians, civil society should declare that they do not comply with the “Toronto Principles”, – said Anton Yashchenko, Executive Director of the Reforms Delivery Office of the Cabinet of Ministers of Ukraine. When power changes, opens a window of opportunity for unpopular reforms, but often the new Government or Parliament does not do this through certain internal disputes.

Canada is a big country interested in investing in Ukraine, besides it has a large Ukrainian diaspora, noted the executive director of the Center for Economic Strategy Hlib Vyshlinsky. “They want to invest in the country where their parents come from,” he said, adding that the lack of global investment is one of the main obstacle for Ukraine’s economic development.

Among measures to overcome investment risks, Vyshlyinsky called the fight against corruption and the completion of judicial reform. It is also necessary to reduce the list of state-owned enterprises that are not allowed to privatize, to liberalize the movement of capital and to launch the land market.

During his meeting with representatives of business associations, the President personally spoke in favor of opening a land market, – said the director of the CES.

One of the main problems of civil society in Ukraine is the attacks on public activists, which are extremely poorly investigated, emphasized the head of the board of the Center for Human Rights ZMINA Tetyana Pechonchyk. “More than 90% of attacks are almost not investigated at all. Even an extraordinary public response can not influence the conduct of an effective and impartial investigation,  – said Pechonchyk.

Now 41% of citizens believe that events in Ukraine are developing in the right direction, according to Iryna Bekeshkina, Director of the Democratic Initiatives Foundation, a member of the RPR Board, presenting the of the public opinion poll. Not so often in the history of Ukraine, most people believed that the country was moving in the right direction. In fact, this was only after the Orange Revolution (2005) and EuroMaidan (2015).

Unprecedented is the level of hope for the President as a pledge of reforms – 61.5% of Ukrainians think so.

“The overall climate for reforms is extremely favorable, but if this is not done quickly, then people can get frustrated. Reforms must unite society, “summed up the director of the Democratic Initiatives Foundation.