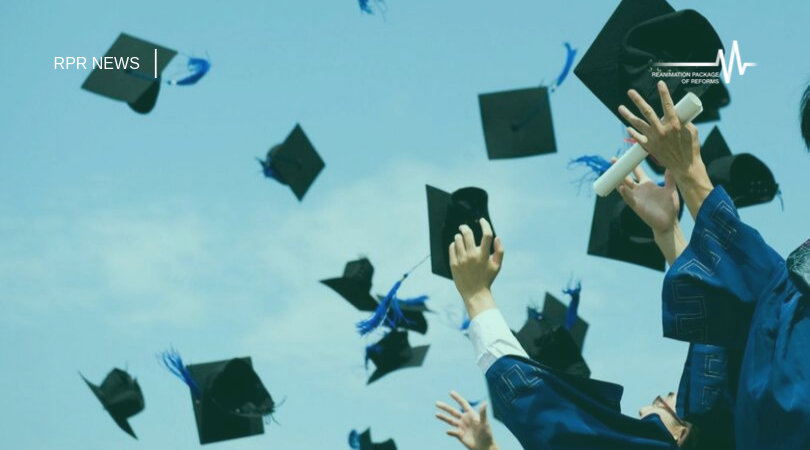 For many years in Ukraine there has been a tremendous crisis of public confidence in state institutions which are to protect the rights and freedoms of citizens, to protect the rule of law.

In addition, the prosecutor’s office was not trusted by 71%, the National Anti-Corruption Bureau of Ukraine – by 68%.

Certainly, the reason behind such low confidence is the lack of genuine reforms of the above bodies, corruption of their representatives, and inadequate system for the selection of candidates for the positions.

However, no less important is overt and shocking (even for ordinary citizens) unprofessionalism of many judges, prosecutors, investigators and lawyers.

Where does it stem from?

Why do thousands of lawyers who annually graduate from national higher education institutions subsequently fail to turn into the best legally intelligent judges, investigators and prosecutors, but rather become mediocre professionals, who in their socially important positions being paid fairly well at the expense of taxpayers, cannot cope with simple tasks?

Why do they make grave mistakes in interpreting the rules of law, incorrectly qualify apparently simple situations, and cannot properly justify their decisions?

There is one answer to all these questions: after going through the current model of higher legal education, a student receives insufficient knowledge and practical skills, which has a very negative impact on further career as a lawyer.

Therefore, this model should be substantially changed.

In response to this situation, the Ministry of Education and Science in cooperation with the Ministry of Justice have developed two concepts of legal education reform in the last five years, but none of them has been approved.

A cursory analysis of the content of both documents demonstrates that, in our view, they somewhat distract attention either to matters that do not directly address the causes that have led to an inadequate level of quality in higher legal education, or to issues that appear to be an attempt to “further regulate” access to legal professions.

At present, it is difficult to find a public or private university in Ukraine that does not offer law faculty.

As of January 1, 2019, more than one hundred thousand (!!!) prospective lawyers have been studying simultaneously in all these higher education institutions.

And even in the US, which is almost 8 times larger than Ukraine in terms of population, the number of higher legal education institutions does not exceed 200.

So why does such a huge number of universities with law faculty, as well as a huge number of students who have received a degree in law in the last 10-15 years fail to translate into quality?

Having analyzed the available reports, analytical and sociological research, two concepts of reforming legal education and other materials, we believe that the following factors are the main reasons behind the problem described.

Here, the first two factors, in our view, are fundamental, because after solving them, other factors will automatically gradually also lose their negative impact.

Note that the above factors do not make an exhaustive list. But it should be understood that the identification of an excessive number of secondary factors leads to a significant dispersion of the reform measures themselves, the misallocation of efforts and emphasis in the transformations, which does not solve the main problem that has caused the need for reform.

The following steps can be used to solve the problems described:

It should not encroach on the autonomy of higher education institutions, but at the same time it should establish the above clear set of general and specific competences which the graduate must have, in accordance with the requirements of the law practice, and correspond to the modern European legal values.

At the same time, the development and administration of USQE should be provided for all relevant higher education institutions by a single independent commission formed by the Ministry of Education and Science, Ministry of Justice with the participation of representatives of the academic and professional communities.

Successful completion of the relevant educational program, as well as (in the case of a master’s degree) preparation and defense of written research should serve as a prerequisite to qualify for the USQE.

The USQE will result in the elimination of the state examination committees formed by the higher education institutions themselves.

In addition, the annual cumulative USQE result in Law of a particular university should directly influence the higher education rankings in the field, as well as be a criterion for determining the amount of budget financing allocated for the institution.

Thus, the negative practice of large-scale training of lawyers by the departmental higher education of the security ministries (first of all, the Ministry of Internal Affairs) will be stopped.

Higher legal education cannot be obtained through a correspondence course.

At the same time, take measures to increase the level of salaries of the teaching staff, the resources of universities, provide opportunities for teachers to undertake internships and professional development, in particular abroad.