Reanimation package of reforms > News > Statements > The RPR Coalition calls the President to Abandon the Initiative to Hold a Nationwide Poll on October 25, 2020 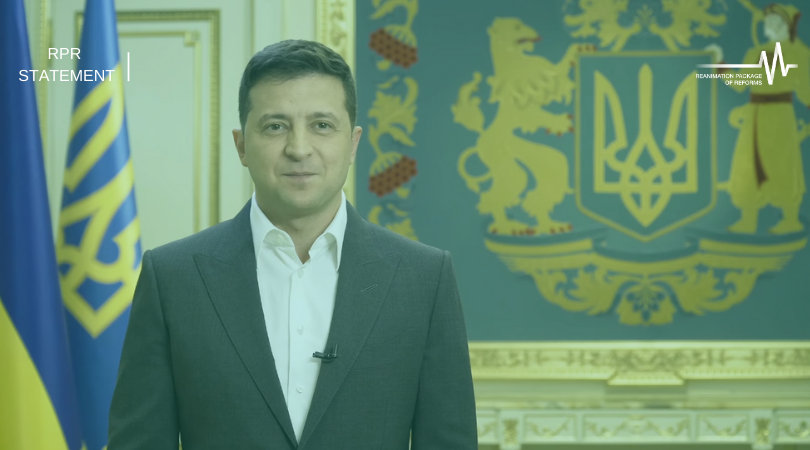 The RPR Coalition calls the President to Abandon the Initiative to Hold a Nationwide Poll on October 25, 2020

The Constitution of Ukraine stipulates that expression of popular will is carried out through elections, referendums, and other forms of direct democracy (Article 69), however, the organization and procedure of elections and referendums are determined exclusively by law (paragraph 20 of the Article 92). Draft Law 3612 on democracy through all-Ukraine referendum submitted by the President of Ukraine was adopted by the Verkhovna Rada of Ukraine on 18 June 2020 only in the first reading. This draft law does not provide for the possibility of conducting such polls, and there is no separate legislative initiative to regulate the execution of nationwide polls.

At the same time, we emphasize that consultation in the form of a nationwide poll is a vital mechanism of studying voters’ opinion. However, the effective democratic application of this instrument of democracy requires a clear and legally determined procedure. True democracy rests on a transparent and legally defined process, not an imitation of the instruments of popular sovereignty that could lead to manipulation of the democratic institutions.

Proclamation of a nationwide poll twelve days before the day of local elections without a law regulating the procedure for preparing and conducting such a poll is illegitimate in terms of its initiation and organization, as well as capable of undermining the credibility of the results of such a poll and their use.

In view of the aforementioned, the Reanimation Package of Reforms Coalition calls for:

You can join the statement by following the link.

The statement was also supported by: