Reanimation package of reforms > News > Statements > The RPR Coalition calls on the Ukrainian authorities and international partners to respond decisively to Russian actions after recognizing the so-called “L/DPR.” 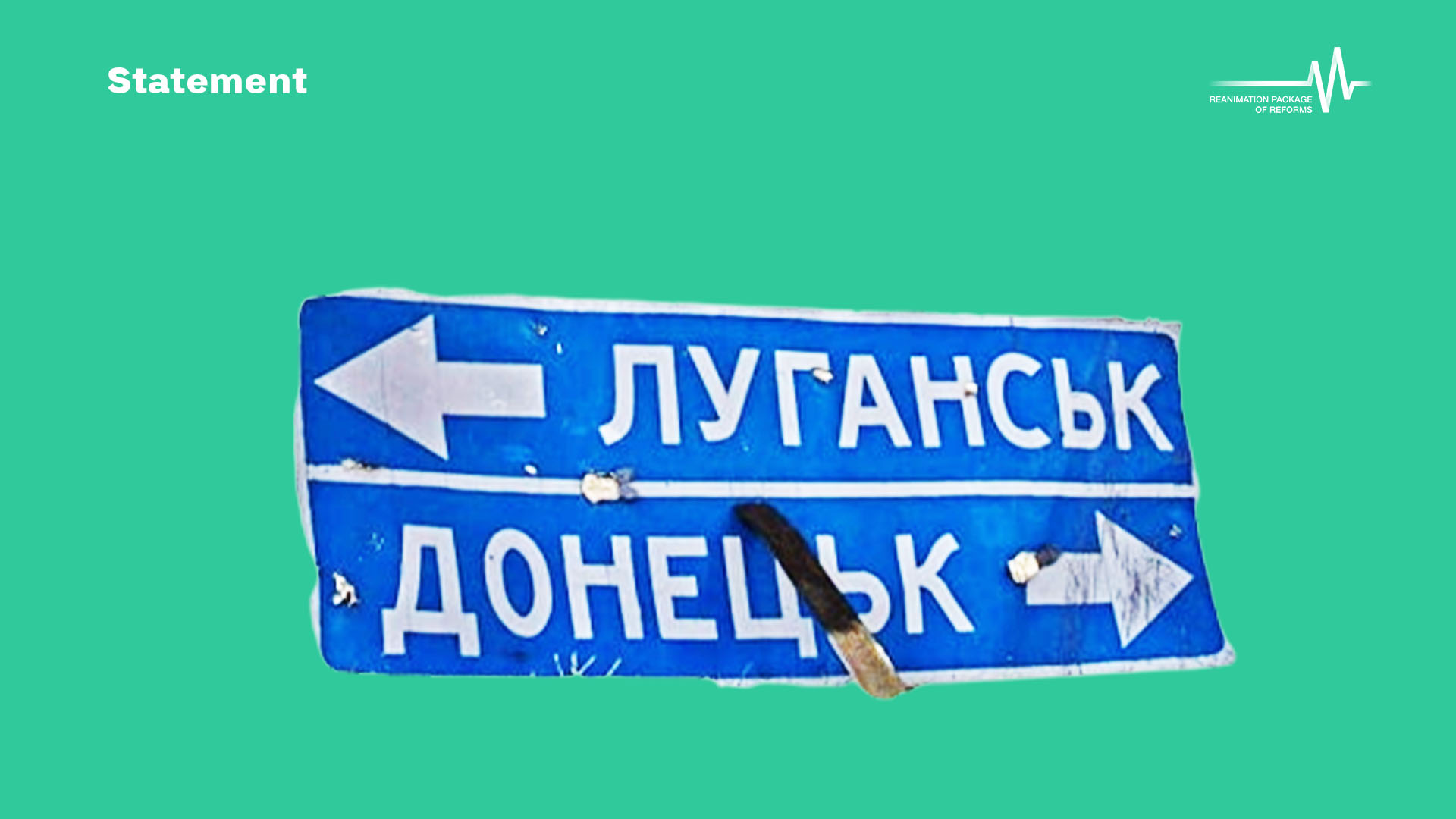 The RPR Coalition calls on the Ukrainian authorities and international partners to respond decisively to Russian actions after recognizing the so-called “L/DPR.”

Against the background of large-scale concentration of armed forces of the Russian Federation on the border with Ukraine, aggravation of the security situation along the contact line in the east of our state, the Kremlin took an unprecedented step towards escalation – recognition of the so-called “LPR” and “DPR” and signing a “treaty” on “friendship, cooperation, and mutual assistance” between Russia and those terrorist groups. Essentially, aggression has reached a new level, and the danger of direct Russian invasion has increased drastically.

Only Ukraine’s firm stance and strong international support for devastating sanctions against Russia, political support and military assistance to the Ukrainian army can resolve this conflict and prevent a full-scale war.

Today the world found itself in a new geopolitical reality. Due to its recent actions, Russia de-facto withdrew itself from  the Minsk agreements and the process of peaceful settlement of the armed conflict in the East of Ukraine, which was caused by Russia itself. In fact, Moscow has once again demonstrated its contempt for the post-World War II world order with all the respective political, security, economic and humanitarian consequences.

We believe that the Kremlin will continue its aggression against Ukraine: according to the “agreements,” Russia intends to cooperate with “LPR” and “DPR” terrorist groups to “protect the sovereignty, territorial integrity and security” of these so-called “republics.” Moscow is also committed to “working together” to guard terrorist-controlled “borders.”

Thereby, we call on:

Ukrainians are losing their soldiers in the zone of Joint Forces Operation every day. The media is flooded with information from the intelligence about Putin’s decision to continue Russia’s offensive. Airlines are suspending flights to Ukraine en masse, and diplomatic missions are temporarily relocating to other cities or countries. Ukrainians will defend their land from the aggressor, but for this, they need additional resources. It is necessary to consolidate efforts of the state, international partners, and civil society in order to support new internally-displaced persons and to reduce civilian casualties.

We are convinced that the consolidated position of the Ukrainian government and civil society, as well as effective and rapid military, political and economic support of the international community, is the only way to stop and punish the aggressor who has attacked Ukraine and eminently threatens the whole world!