Reanimation package of reforms > News > Statements > THE PUBLIC CALLS ON THE PRESIDENT TO SIGN DRAFT LAW NO. 8331-D WHICH ALLOWS ESTABLISHING INDEPENDENT SUPERVISORY BOARDS IN THE STATE-OWNED BANKS 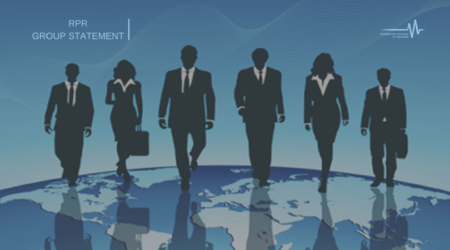 THE PUBLIC CALLS ON THE PRESIDENT TO SIGN DRAFT LAW NO. 8331-D WHICH ALLOWS ESTABLISHING INDEPENDENT SUPERVISORY BOARDS IN THE STATE-OWNED BANKS

On July 5, 2018, Verkhovna Rada adopted a draft law No. 8331-d on improving the functioning of the financial sector in Ukraine as a whole. The law will enable the establishment of the independent supervisory boards in the state-owned Ukreximbank and Oschadbank.

Independent supervisory boards will reduce the influence of politicians on the day-to-day activities of banks. Thus, these state institutions will cease to be a source of funds to finance politicians, their businesses and fulfill populist promises. State banks will also reduce lending to the state budget and state enterprises.

Independent supervisory boards are a step towards privatization, which will be the best safeguard against political corruption in the state-owned banks. In accordance with the government-backed strategic reform of the state banking sector, it is planned to sell 20% of Oschadbank’s shares by 2020 and 20% of Ukreximbank’s shares by 2021 to the international financial organizations.

In addition to depoliticizing the management of state-owned banks and better control over management, independent members in the supervisory boards mean new expertise and experience that will allow banks to accelerate their development.

For the banking system, the reform of corporate governance with the subsequent privatization of state-owned banks is the introduction of unified rules of the game. After privatization, state-owned banks will lose access to state aid in the form of additional capitalization at the expense of taxpayers, Oschadbank deposits will be guaranteed by the Deposit Guarantee Fund rather than by the state. Establishment of independent supervisory boards also opens up the possibility of additional capitalization at the expense of the foreign investors rather than the taxpayers

The entry into force of the law on the establishment of independent supervisory boards in the state-owned banks is the critical conditionality for Ukraine to get financial guarantees from the World Bank. The World Bank’s support will allow the Government to raise $ 800 million for urgent external debt payments in 2018, as well as nearly $ 1 billion as macro-financial assistance of the European Union.

On July 19, the draft law “On amendments to certain legislative acts of Ukraine on improving the functioning of the financial sector in Ukraine” registered as No. 8331-D was sent by the Speaker of the Parliament for signature to the President of Ukraine. In accordance with Article 94 of the Constitution of Ukraine, the head of state must sign it or return it with proposals to the parliament for re-examination within 15 days. Despite the fact that the deadlines set by the Constitution were missed, the President’s decision regarding the law has not been adopted yet.