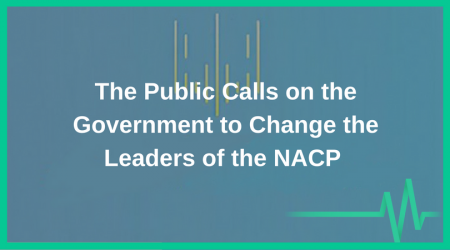 March 28 marks a one-year anniversary of the appointment of leaders of the National Agency for Corruption Prevention and the launch of this newly established body. We have to conclude that over the past year, the leaders of the agency have wilfully sabotaged the work of the register of civil servants’ declarations and blocked the key functions entrusted to the newly established body.

In particular, the State Register of Declarations is down, when there are only a few days for the second wave of civil servants to submit their declarations (about 700-800 thousand declarants had to file in their declarations). Such failures in the work of the Register have been regular and systemic. Declarations of the employees of the Security Service of Ukraine have not been submitted to the State Register of Declarations, which violates the Law of Ukraine “On Corruption Prevention.”  The leaders of the NACP failed to investigate the fact of forgery of an electronic key to break into the register of declarations. It is the leaders of the National Agency for Corruption Prevention that shall bear responsibility for this.

At the same time, the NACP has been used to persecute particular declarants and even activists. Thus, of all the top officials, the NACP initiated proceedings for the corruption-related crimes only against MP Serhiy Leshchenko (for lecturing at the Kyiv-Mohyla academy) and Yulia Marushevska, former head of Odesa customs (for receiving a bonus in the amount of 500 UAH).

Despite such unsatisfactory work, the leaders get monthly bonuses in the amount of several salaries. As a result, salaries of the NACP members range from 80,000 UAH to 330,000 UAH.

In view of an ineffective work of the NACP leaders, the acting members of the NACP should be dismissed, while the collegiate board of the agency should be liquidated through amending the Law of Ukraine “On Corruption Prevention.”

State enterprise “Ukrainian Special Systems”, which administers and maintains the website of the Unified Register of Electronic Declarations, should bear proportionate responsibility for the disruption of the electronic declaration process. We believe that the managers of the SE “Ukrainian Special Systems” should provide a public explanation of the situation with the Register and, should the facts of negligence be ascertained, be brought to responsibility.

We would like to stress that it is the Cabinet of Ministers of Ukraine and the President of Ukraine that shall bear political responsibility for the effective work of the Register, successful completion of the second wave of declaring, verification of declarations, and prevention of a conflict of interest in the public domain.

The anti-corruption organizations call on the Cabinet of Ministers of Ukraine – the central executive authority to which the NACP is accountable – to immediately consider the issue of dismissing the incompetent leaders of the National Agency for Corruption Prevention.

We call on the Government to immediately introduce draft amendments to the Law “On Corruption Prevention” to the Parliament, establishing a one-person leadership of the NACP, changing the procedure of electing the NACP leader, and launching the competition to select a new leader of the agency.

We call on the Prime Minister of Ukraine, Volodymyr Groysman, and the Government to launch a new competition in line with the suggested amendments.

We are ready for a constructive dialogue to choose the most effective model of competitive selection of a new NACP leader with the engagement of the public.