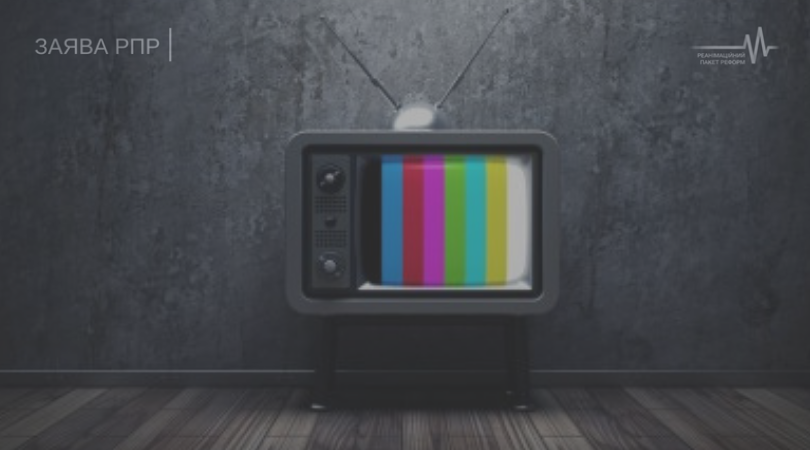 On January 17, 2017, Ukraine, for the first time in 26 years of its independence, managed to turn 31 state television and radio broadcasting companies into the National Public Broadcasting Company of Ukraine (UA:PBC). This was not only the fulfillment of commitments undertaken in 2003-2005 to the Council of Europe, but also a guarantee that Ukraine respects the freedom of speech. Establishment of Public Broadcasting is as important democracy element as independent judiciary system, free elections, accountability of state institutions to taxpayers.

The conditions in which Public Broadcasting is being created are extremely difficult. Terrible state of buildings, morally and physically obsolete technology, huge debts (carryover of Mykola Azarov’s government), low staff salaries, considerable depreciation of fixed assets, which sometimes reaches 100%, loss of privileges for renting premises and moratorium on the sale of fixed assets.

Despite all these difficulties, during the first and a half years of its existence, UA:PBC has shown determination to implement the reform. A new management system has been introduced, a sharp redundancy has been performed, and salaries of the rest of the employees have been increased, shadow schemes have been eliminated, broadcasting network and principles of the work of UA:PBC have been unified and changed, Editorial Board has been established, the policy of ensuring the rights of national minorities has been developed, work on the registration of program arrays and copyright registration is underway. The company switched to purchasing goods and services through the ProZorro system demonstrating its openness. Finally, in 2018, an independent audit of the company for the first year of operation was ordered for the first time.

All these measures are implemented with severe underfunding of the Public Broadcasting, which, as of October 2018, has led the largest media holding of the country (UA:PBC includes 28 radio stations and 28 television channels, including national and regional broadcasting channels covering the occupied territories, in particular Radio Voice of Donbas“, TV channel UA: DONBAS, radio Pulse and TV channel UA: CRIMEA) to the brink of bankruptcy. Broadcasting, Radio and TV Concern has already turned off analog TV broadcasting due to the debt of over UAH 80 million.

When adopting the budget for 2018, the Verkhovna Rada of Ukraine first initiated a deliberate reduction of the amount from 1.5 billion UAH to 990 million UAH, and then, in addition, through the amendments of the committee, reduced the amount during the second reading voting by another 200 million UAH allocating only 50% of the amount stipulated by the Law “On Public Television and Radio Broadcasting”, which is a direct violation of the law. This amount turned out to be the smallest in Europe, even compared to budgets of such countries as Bulgaria, Romania and Georgia.

The allocated funding amount was catastrophically low. Not only it made it impossible to produce any new, high-quality content, but also did not cover actual mandatory expenses – analogue and digital broadcasting, taxes, salaries, and procurement of services.

Since its establishment, Public Broadcasting has been also suffering from systemic public attacks and pressure to discredit both the elected board and the idea of independent broadcasters. In 2018 alone, there was a series of fake protests and scandals staged in social networks, in connection with the conflict with the owner of ERA TV channel – relative of a member of the budget committee of the parliament, MP Andriy Derkach, which continues broadcasting at UA:PBC in the morning through the judicial provision of a number of claims .

At the same time, UA:PBC plays a crucial role during the elections helping voters understand and hear candidates and their programs, regardless of the current power-opposition ratio. Analytical programs and debates should be shown at the UA:PBC channels in a month, but due to underfunding at the cost of one issue of the program from $ 7 to 10 thousand, the possibility of airing such programs which are important for the society before the elections is in jeopardy.

The draft state budget for 2019 stipulates 1.8 billion UAH to fund UA:PBC. However, MPs Anton Yatsenko and Viktor Bondar have already registered amendment that proposes to withdraw 1.04 billion UAH from this amount, i.e, to cut funding by 66%.

Such actions are not only a direct attack on the independent editorial policy of the Public Broadcasting, but also a serious threat to its existence. Ukraine’s international commitments are not just formal, “for the sake of box-checking”, change of the sign, they are aimed at ensuring the proper and effective existence of the broadcaster, in particular in accordance with the Recommendations of the Committee of Ministers of the Council of Europe R (96) 10, R (99) 15, CM/REC (2007) 3, REC (2007) 2, 1878 (2009) CM/REC (2012) 1 and PACE Resolution 1466 (2005), 2179 (2017). The obligation to create an effective Public Broadcasting system is also a commitment under the Association Agreement between Ukraine and the EU (Annex 37, Article 397).

Successful implementation of this reform is one of the important elements of the development of democracy and stability in the country, while attacks and pressures drive the state toward authoritarianism and instability, which is widely used by the Russian Federation.

In view of the above, NGOs and human rights organizations call on the Verkhovna Rada of Ukraine to demonstrate a responsible approach and the ability to make progressive decisions that enable Ukraine’s development for decades. In particular, ensure funding of UA:PBC in the amount provided by the Law of Ukraine “On Public Television and Radio Broadcasting”, which will allow the Public Broadcaster to ensure impartial and high-quality coverage of socio-political events, including election campaigns, and a balanced participation of candidates for presidential and parliamentary elections.

NGO Institute for the Development of the Regional Press

Ukrainian branch of the International PEN-club