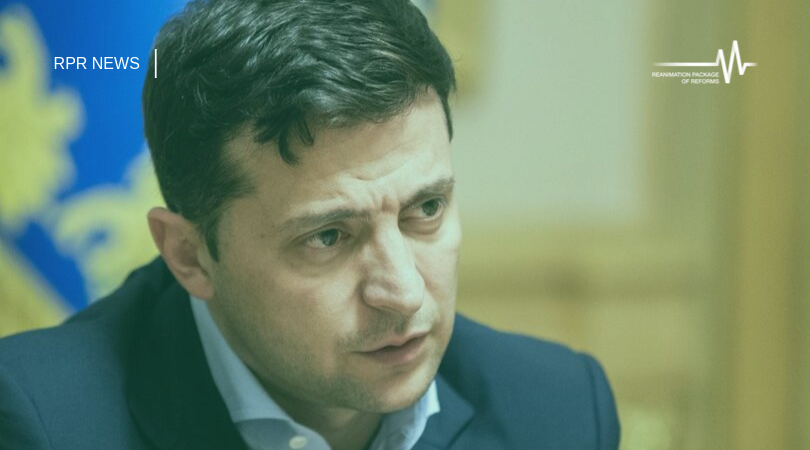 The President is not the prosecutor

Obviously, this is the first and most serious question in this case. And not only because the prosecutor’s office’s political interests or apathy directly influence society’s opinions of the quality of criminal justice. The degree of influence of politicians on investigation and prosecution bodies is a reliable indicator of the country’s democracy or lack thereof.

This issue is particularly relevant now, as the president has a high level of electoral support, a “mono” majority is in charge in parliament, and the government is fully committed to his office’s agenda.

It should be added that the new Prosecutor General is not only a career professional from the executive branch (characterized by its centrality and subordination) – Ruslan Riaboshapka came to the Prosecutor’s Office after serving as the Deputy Head of the Office of the President of Ukraine. Even when compared to Yurii Lutsenko, whose loyalty to President Poroshenko was almost unlimited, formally, the position of the head of the presidential faction differs significantly from the position of the deputy head of the president’s office in terms of accountability to the head of state. That is, before joining the Prosecutor General’s Office, Yurii Lutsenko looked more like an ally and partner of President Poroshenko than a subordinate.

The presidential team and its supporters would answer the question posed at the beginning as follows: good people holding high offices will do good things. However, history teaches us that the more power one obtains, the more reliable safeguards against possible abuse are needed. And personalities have nothing to do with that.

In this context, it is worth learning a history lesson from the United States of America. For many reasons, indeed. However, the key ones are as follows: first, the US Attorney General is a member of the Office of the President of the United States. This is because the President of the United States is the head of the federal executive power and, in accordance with the Constitution, “ensures the correct enforcement of the laws” by the Department of Justice in particular; secondly, it is often the case that a close political ally of the president gets this position. In other words, the US Attorney General and the Department of Justice itself are part of the president’s office. However, for nearly half a century, the Congress has sought clarification on how every candidate for Attorney General will guarantee the Department’s independence from the White House.

The idea that the Department of Justice should be independent of the influence of politicians, the president in particular, is not set out in the US Constitution or any federal law literally. It is, to a large extent, generated by the Watergate scandal. However, the department’s first domestic policy, which limited the options for interactions and incidents of contact between the Department of Justice and politicians, emerged a little later in response to the politically motivated dismissal of the district attorney. The thing was that one of the congress members had filed a complaint against the prosecutor and the prosecutor was therefore dismissed. It then turned out that this prosecutor was conducting an investigation that could have resulted in the congress member’s accusations of corruption. Since then, the heads of the Department of Justice have been authorizing a domestic policy that defines the principles of interaction and communication between the department and senior political bodies and their officials. And when there are cases of weakening or neglecting these principles, they inevitably end in scandals. For, as Attorney General Griffin Bell emphasized in his clarion call, he approved the first version of such a domestic policy in 1978: “These restrictions are a small price, and a necessary one, for restoring and maintaining public confidence in the Department of Justice … [which] should be recognized by all citizens as a neutral zone in which neither favor nor pressure nor politics is permitted to influence the administration of the law” (Politico/Lawfare/ProtectDemocracy).

Other U.S. Attorneys General also supported the course of their predecessor. “It is imperative that there be public confidence that the laws of the United States are administered and enforced in an impartial manner,” Attorney General Alberto Gonzalez said in 2006. In 2009, Attorney General Eric Holder added: “The rule of law depends upon the evenhanded administration of justice. The legal judgments of the Department of Justice must be impartial and insulated from political influence. It is imperative that the Department’s investigatory and prosecutorial powers be exercised free from partisan consideration. It is a fundamental duty of every employee of the Department to ensure that these principles are upheld in all of the Department’s legal endeavors.” Eric Holder also reminded prosecutors of the U.S. Supreme Court’s decision in Berger v. United States where the court emphasized that they are representatives “not of an ordinary party to a controversy, but of a sovereignty whose obligation to govern impartially is as compelling as its obligation to govern at all”.

It is important that a similar policy is approved at the office of the President of the United States. The Chief Legal Counsel to the President stated that “these rules exist to ensure both efficient execution of the Administration’s policies and the highest level of integrity with respect to civil or criminal enforcement proceedings handled by DOJ. In order to ensure that DOJ exercises its investigatory and prosecutorial functions free from the fact or appearance of improper political influence, these rules must be strictly followed.”

The existence of these policies is a testament to the fact that both US Presidents and Department of Justice senior officials are fully aware of the fact that the Department is endowed with serious powers that can be used to the detriment of political opponents, or vice versa, to protect political allies. In fact, it was no accident that the Watergate scandal became the grain from which these policies later emerged. After all, President Nixon pressurized Attorney General Elliot Richardson to avoid being held accountable for illegally bugging his political opponents.

Today, the behavior of the current US President, Donald Trump, has prompted White House interaction and communication with the Justice Department. Therefore, one of the senators suggested that relevant policies be strengthened by the rule that all instances of contact between the President’s Office and the Department of Justice on specific cases and criminal proceedings should be properly registered and that the register should be accessible to Congress.

Nevertheless, most observers, and often prosecutors themselves, continue to refer to the Ukrainian prosecutor’s office as a “presidential vertical structure”. However, there is no legal basis for this position. Such a view is predicated on the Soviet heritage, but it does not justify the fact that it is completely false today.

Therefore, if the new Prosecutor General Ruslan Riaboshapka is sincere in his intentions to reform the Prosecutor’s Office, he must first and foremost define the principles for the interaction between his office and the Office of the President of Ukraine. The same should also be done by the president. But in the form of specific approved open policies rather than in the form of hundreds of public statements.

Such rules should stipulate that prosecutors, including the Prosecutor General, should not discuss with the President’s Office the course of pre-trial investigations, the prosecution and even the civil cases in which they or their “subordinates” are involved. This is simply unacceptable. After all, it is obvious that the interest of the president’s office in some criminal or civil proceedings will result in some response. And most likely, this response will be embodied in certain “recommendations” to prosecutors.

At the same time, several exceptions are allowed: counterterrorism and counterintelligence. According to the Ukrainian Constitution, the president is responsible for the security and foreign policy of the state. In fact, that is why he/she is the Head of State and the Commander-in-Chief. In its turn, the prosecutor’s office exercises procedural guidance in criminal proceedings relating to acts of terrorism, in particular acts of terrorism that may qualify as hybrid aggression of one country against another. In addition, prosecutors oversee the unspoken actions of law enforcement agencies, counterintelligence agencies in particular.

Therefore, some interaction between prosecutors and the president’s office is not devoid of legitimate purpose. But it must be very limited and clearly defined.

A striking example of the expediency of such communication was the case of Volodymyr Tsemakh, whom the international investigative team investigating the crash of the passenger plane MH17 regarded not only as a valuable witness but also as a suspect. The Ukrainian authorities extradited Volodymyr Tsemakh to Russia during a recent exchange based on the “35 by 35” formula. This was only possible because the court released Tsemakh from custody, although the prosecutor insisted that he be kept in custody.

This story leads to the conclusion that the office of the president, which was negotiating the exchange, actually intervened in the criminal proceedings without informing the prosecutor’s office. We can also assume that the decision to release him from custody was hardly accidental. Even if the prosecutor’s office knew about the exchange, this does not in any way remove the question of why, right before the exchange, and given the prosecutor’s objection, the judge decided to release Tsemakh from custody. Instead, the prosecutor could, at any time, seek the release of the suspect from custody, pursuing legitimate interest and following due process. And even if it were only for the purpose of exchange, the decision would not seem doubtful. After all, criminal prosecution, its limits and result are the full and exclusive responsibility of the prosecutor’s office. This is defined in the Constitution. It also means that heads of investigative bodies, NABU and SBI directors, and their subordinates in particular, do not have to contact the president’s office directly. Exceptionally, if there is a legitimate purpose outlined above, they should do so only with the involvement of or through the prosecutor.

Therefore, a worthy answer from the new Prosecutor General to the question raised at the beginning is the clearly delineated boundaries of his and the president’s office. Such a move will not only increase confidence in the results of the forthcoming reform of the prosecutor’s office, but has every chance of becoming its greatest contribution. For now, as his predecessor instituted, these boundaries have been erased.