Reanimation package of reforms > News > Columns > The power of the people, or a referendum as a way to dump responsibility 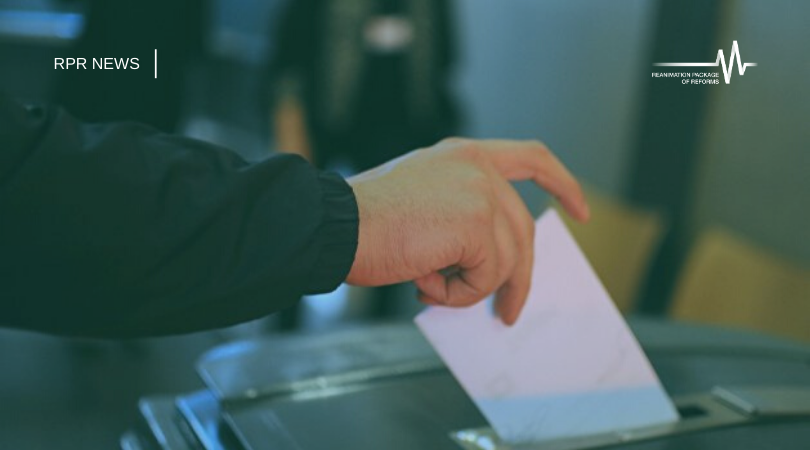 The power of the people, or a referendum as a way to dump responsibility

The idea of ​​a referendum is an attractive offer for any politician. What threatens its implementation and is this procedure suitable for adopting laws?

The topic of the referendum is again in the spotlight of the country’s political life. The idea of ​​people making strategically important decisions instead of representatives elected by them seems to be an extremely tempting offer for any politician, since a referendum allows you to remove the burden of political responsibility for making obviously unpopular or controversial decisions, appealing to the supreme will of the people as the only source of power in Ukraine.

Why is the referendum law important?

Participation in all-Ukrainian and local referenda is the constitutional right of every citizen of Ukraine (Articles 38, 70 of the Constitution of Ukraine). But today, Ukrainians are practically deprived of the opportunity to implement it – there is still no law that would regulate the issue of the referendum (clause 20 of part 1 of Article 92). The Law of Ukraine “On the All-Ukrainian Referendum” (2012) was declared unconstitutional last year, and the new law was not adopted by the previous convocation of Verkhovna Rada. Now the parliament has a real chance to pass a referendum law and create a real mechanism for this form of democracy. However, it is one thing to provide for the people with the right to vote through a referendum, and quite another to complete the regulation of the practical side of the realization of this right guaranteed by the Constitution.

Do the people have the right to independently initiate an all-Ukrainian referendum?

Yes, the Constitution provides such an opportunity. In this case, a referendum is proclaimed by the President of Ukraine (Clause 6, Part 1, Article 106) at the request of at least 3 million Ukrainian citizens with voting rights. But provided that the signatures for the referendum are collected in at least two-thirds of the oblasts and at least 100,000 signatures in each oblast (Part 2 of Article 72). In addition, at the request of the president or at least 45 people’s deputies of Ukraine, the Constitutional Court can give a conclusion on the constitutionality of any issues that are submitted to an all-Ukrainian referendum on a popular initiative (part 2 of article 151).

All-Ukrainian referendum issues are of national importance – those whose decision affects the fate of the entire Ukrainian people (decision of the Constitutional Court of Ukraine of March 14, 2014).

However, the issue of holding, on a popular initiative, an all-Ukrainian referendum on the adoption of laws is quite controversial and debatable from the point of view of the Constitution. Since the rules relating to the process of adoption of laws are placed mainly in another section of the Constitution (section IV. The Verkhovna Rada of Ukraine), which determines the legal status of the parliament. It is the Verkhovna Rada that is called the only legislative body in Ukraine (Article 76), whose powers include the adoption of laws (Section 3, Part 1, Article 85, Article 91).

The adoption of new laws in an extra-parliamentary way raises a number of legal problems and issues.

As you can see, the adoption of new laws at an all-Ukrainian referendum raises many legal questions regarding the results of such a referendum, to which the Constitution cannot give an unambiguous answer.

Secondly, the adoption of new laws in a referendum casts doubt on the very legislative function of the parliament in general and people’s deputies in particular. In this case, why do we need the Verkhovna Rada if the people themselves can adopt and change any laws?

In conditions of unstable democracy in Ukraine, and also because of the ongoing aggression of the Russian Federation against Ukraine, such a speculative approach to the referendum in Ukraine can become a real threat to the constitutional system of the state, its independence, sovereignty and territorial integrity with all its consequences.

In addition, the Constitution of Ukraine does not contain any provisions on consultative referenda (a deliberative survey of citizens of Ukraine in order to identify the will of citizens when resolving important issues of national and local significance), and therefore any results of such popular expression obtained through a referendum will be mandatory and will not require approval by any other government bodies (Decision of the Constitutional Court of Ukraine of October 5, 2005 and of April 16, 2008). Therefore, it is the people of Ukraine in this case that have full political responsibility for making a certain decision.

Thirdly, the logic of holding a referendum on a popular initiative is significantly different from other types of referenda due to the specifics of the process of preparing laws. If, in the case of the approval of ready-made amendments to the Constitution of Ukraine, a document is submitted to the referendum that has been previously considered and adopted by parliament, then at what stage of the referendum on a popular initiative and how should the finished text of the document appear, according to which citizens will exercise their will?

The final text of the bill, for which it is proposed to vote “yes” or “no”, should appear not just before the proclamation of an all-Ukrainian referendum, but before the collection of signatures for such a referendum begins! Moreover, during the whole process of preparing and holding a referendum (which is not a one-day action, but requires complex sequential and phased preparation), it will be impossible to make any changes to the bill (even the smallest corrections!). Otherwise, we will get a different draft of the law than the one that was introduced first, and therefore, the entire preparation process must be started again from scratch.

It is worth recalling that any bill in accordance with the Rules of Procedure of the Verkhovna Rada goes through a long and complicated sequential procedure for consideration and voting at meetings of the relevant committees and plenary meetings of the VR in three readings (any quality bill at least). During discussions and voting, amendments, corrections and clarifications will certainly arise that significantly change the text of the bill. Because of this, the initial version of the bill is often very different from the one adopted by the parliament. And such wording is not always final since the president can use the veto and return the bill to parliament with his proposals and comments.

A referendum to repeal the current law

And what about the neighbors?

The foreign constitutional practice also consistently adheres to this approach. In most European countries, the subject of a referendum is clearly defined in the constitution, and the practice of holding legislative referenda is not widespread. If it is present, then such referenda are mostly advisory in nature or the initiative belongs mainly to the authorities, and not to the voters. Therefore, the results of referenda still require decision-making by the relevant authorities.

The legislation of most European countries more often establishes a referendum as one of the stages in the process of amending the Constitution (Austria, Denmark, Estonia, Italy, Spain, Latvia, Lithuania, Poland, Slovenia, Sweden, etc.). The possibility of holding constitutional referenda on a popular initiative exists only in Italy, Latvia and Lithuania. But the complete or partial abolition of laws (“popular veto”) is provided for in the laws of Albania, Italy, Latvia, Liechtenstein, Switzerland and certain US states.

Thus, the Verkhovna Rada should adopt a law on an all-Ukrainian referendum, but it cannot go beyond the relevant provisions of the Constitution of Ukraine. Issues of national importance are submitted to the referendum, but its holding on the people’s initiative to adopt new laws is quite controversial from the point of view of the Constitution regarding legal consequences and possible threats to the implementation of the results of such a referendum.

But initiating an all-Ukrainian referendum on a popular initiative regarding the repeal of the already existing law of Ukraine, its provisions or existing amendments to it does not contradict the Constitution, and such a referendum will be the best form of exercising democracy, which will contribute to the development of democracy in Ukraine.