Reanimation package of reforms > News > Events > The medical reform can not be cancelled and the Security Service of Ukraine is seeking to expand its powers: debate on reforms in Odesa 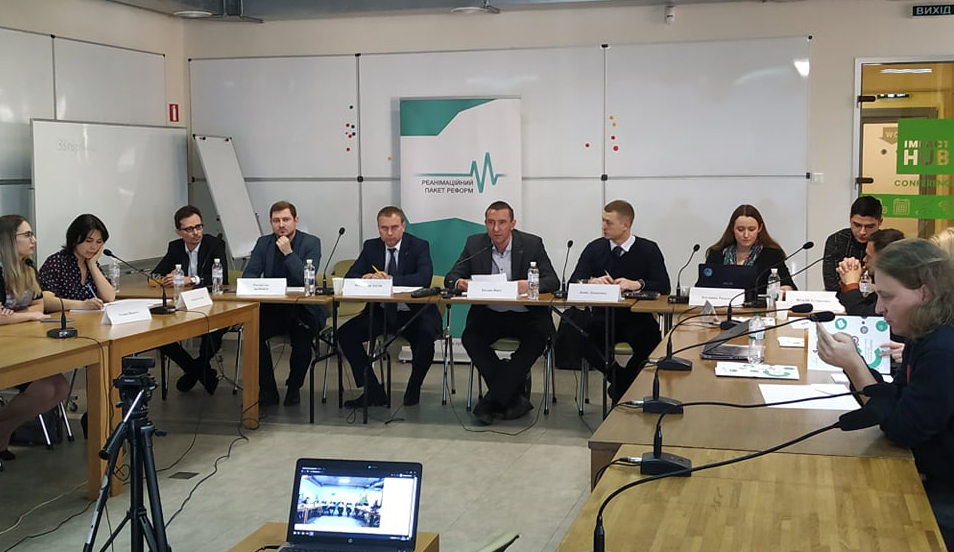 The medical reform can not be cancelled and the Security Service of Ukraine is seeking to expand its powers: debate on reforms in Odesa

What could be the aftermath of cancelling the medical reform? Why does the SSU and the police still have functions that aren’t inherent to them? What corruption schemes are pervasive in the regions? This was discussed by the participants of the Regional Reform Discussion: On the Road to Vilnius in Odesa on March 12.

Medical reform: is a patient the source of income?

Even the most skeptic individuals have admitted that the reform could not be cancelled. On that spoke Lilia Olefir, the Executive Director of NGO “Life”.

While presenting a draft of the analytical healthcare brief she listed the main achievements of the medical reform from 2015-2019:

The failure of the reform will replace the principle “money comes with the patient” to the principle of nepotism. This will cause a wave of doctors’ dismissal, as it is impossible to live on minimum wage only, says Igor Pasternak, Chief Medical Officer of the Odessa Regional Medical and Physical Training Center.

The principle “money comes with the patient” must be fully provided for, as in Odesa and in the region some hospitals are half empty while maintaining their full state funding, added Alla Khodak, the head of the Odessa branch of the 100% Life NGO.

Progress in overcoming corruption in the medical field is the introduction of an electronic register of hospital letters. After all, it is difficult to check the authenticity of hospitals if they exist only in paper version. Oksana Velichko, the head of the public-government initiative “Together Against Corruption”, drew attention.

According to the Deputy Head of the Odessa Regional State Administration Vitaly Svichinsky, psychiatry is one of the most non-optimized branches of medicine.

“There is an oversized network of mental health facilities. We plan to combine 4 existing institutions in this area into a single big one,” he says.

And for the financing of specialized medical institutions in Odessa, they demonstrated the Estonian method: while maintaining state funding, they were allowed to make part of the services paid for a certain period for financial stability.

What is harming the anti-corruption reform?

The key challenges of reform:

Not only does the Security Service of Ukraine not reduce its powers, it also tries to extend them: recently, SSU Chairman Ivan Bakanov spoke in support of the return of criminal responsibility for smuggling. Tetyana Shevchuk, an expert from the Center of Corruption Combatting, drew attention to this.

“Instead of fighting corruption, law enforcement continues to control the business,” she says.

Volodymyr Deulin, Director of the Odessa Territorial Directorate of the Bureau drew attention to the extreme burden on NABU’s workforce: there are 22,000 criminal proceedings for 240 detectives. However, there is a good tendency: civil servants become perpetrators of corruption.

But a large number of acts of bribery committed by officials do not fall under the authority of NABU, as their activities are classified by other law enforcement bodies. Public activist Yuri Nikitin says.

According to Oksana Velychko, the most common corruption spheres in the regions are passenger transportation and kindergarten queues.