Reanimation package of reforms > News > Statements > The Media Movement stands against reorientation of state TV channels “Dom” and “Rada”: this is a rollback of democratic reforms 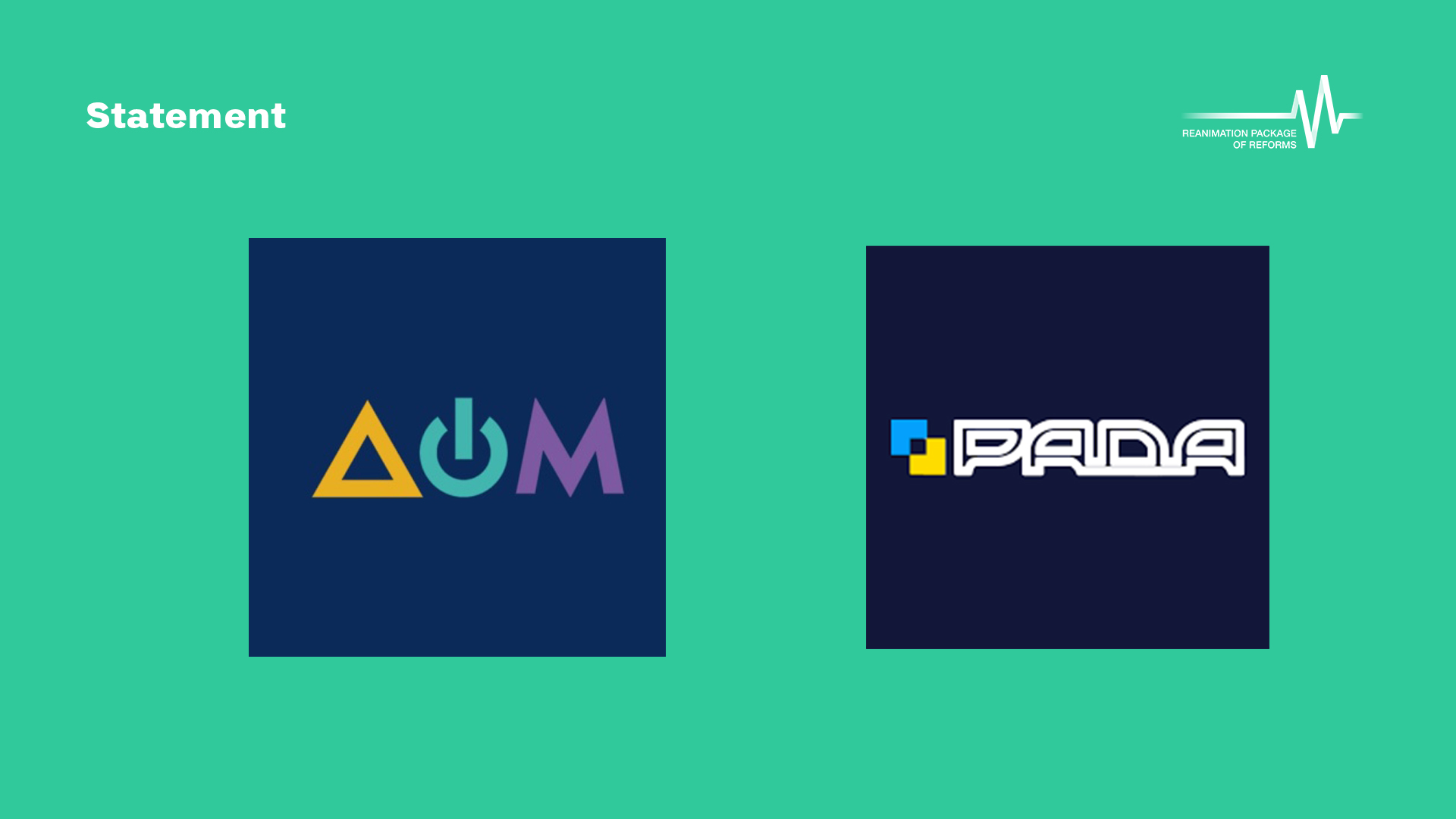 The Media Movement stands against reorientation of state TV channels “Dom” and “Rada”: this is a rollback of democratic reforms

The Media Movement stands against the strengthening and reorientation of the state-controlled media (including “Dom” and “Rada” TV channels), which have recently taken place at the behest of the President, his team and the “Servant of the People” Parliamentary faction. We emphasize that the attempts to build-up state-controlled channels for the domestic Ukrainian audience, in parallel with the Public Broadcasting system, is a rollback of democratic reforms and contradicts to international standards and Ukraine’s commitments.

First of all, as it became known from the Parliamentary schedule, on January 27 the Verkhovna Rada plans to consider in the second reading the draft law №4487 “On Amendments to the Law of Ukraine “On Ensuring the Rights and Freedoms of Internally Displaced Persons”. Taking into account the amendments supported by the committee in December, the draft law proposes to include a de facto Russian-language state TV channel for residents of the occupied territories “Dom” into the Universal Program Service – a list of channels that must be broadcast by cable operators to all their subscribers throughout Ukraine (now there included Public Broadcasting channels and Parliamentary channel “Rada”). It should be recalled that during the election campaign, Volodymyr Zelenskiy promised to create a Russian-language state TV channel for residents of the occupied territories, where Russian TV channels were dominant. Such a channel “Dom” appeared in 2020 on the basis of the State Enterprise “International Platform of Foreign Broadcasting of Ukraine”. However, last year “Dom” spent UAH 30 million on an advertising campaign in which the broadcaster’s billboards were placed in all regions of Ukraine, and President Zelenskiy said he would like to expand Dom’s broadcasting to all IDPs – namely, to allow channel cover free government-controlled territories of Ukraine.

In addition to the prospect of spreading the content of the state propaganda channel throughout Ukraine, this bill carries other risks – the impact on the political discourse of the state broadcaster in the interests of the current government, not society. The information needs of internally displaced persons in the unoccupied territories are now fully met by a significant variety of public, commercial and municipal television channels, and there is no reason to set a precedent for their information segregation.

Equally alarming is the transformation of the “Rada” Parliamentary TV channel launched in December last year. Channel’s programming is filling not only with broadcasts of Parliamentary sessions but also with studio projects produced by third-party producers, where political technologists with scandalous reputations “explain the work” of the Parliament subjectively and without a proper balance, which can be considered as influencing political discourse in the interests of the current government.

It should be noted that the State Budget for 2022 provides for the allocation of UAH 378 million for the needs of “Rada” TV channel, which is a significant increase in funding for the broadcaster – almost seven times more than a year before. At the same time, the management of the TV channel does not provide direct answers to information requests for the distribution of funds, which may indicate non-transparent use of funds. In fact, media denationalization reform has not affected the Parliamentary TV channel, and current steps to strengthen the channel only aggravate the situation. We consider it inadmissible to allocate UAH 378 million from the state budget to finance the “Rada” TV channel for its’ operating in such a form after the in the form in which it operates after the “renewal”.

In accordance with Ukraine’s obligations after joining the Council of Europe, which have been repeatedly articulated in PACE resolutions, Ukraine must “turn state broadcasters into Public Service Broadcasters in accordance with relevant Council of Europe standards” – PACE Resolution 1466 (2005). A 2005 Council of Europe report by Anna Severinsen and Renata Wolvend said: “We call on the authorities to continue the process of eliminating state-owned media, as the existence of state-owned media is contrary to European standards.”

Reforms in the media sphere, launched after the Revolution of Dignity, were aimed at eliminating state control over the media – the denationalization of the press and the transformation of state TV and radio companies into Public Broadcasting, whose editorial policy cannot be controlled by the government.

That is why we call on President Volodymyr Zelensky and the Servant of the People faction to abandon plans to include the state channel “Dom” in the Universal Program Service in order to spread its broadcasting throughout the country, as well as to use “Rada” TV for their own political purposes.

We also call on Ukraine’s international partners to closely monitor Ukraine’s compliance with its obligations: to eliminate state control over the media and to provide appropriate conditions for the development of Public Broadcasting, including its full funding.

Media Movement is a community that brings together journalists from leading Ukrainian media, investigative journalists and experts from media NGOs.

On November 16, 2021, representatives of the leading Ukrainian media called on journalists to unite in the professional community to resist political and commercial pressure on freedom of speech. The statement was initiated by 29 journalists and experts, whose names are available at the link.

The unification process of the two initiatives is on the way. The full list of members of the renewed organization will be opened after the formalization of the Media Movement.