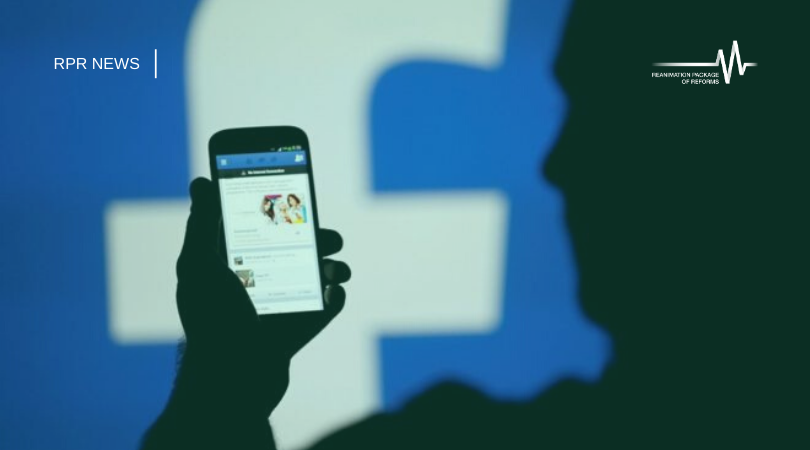 The Issue of Internet Privacy In Decisions of European Court of Human Rights: Recent Trends

The Internet occupies a large part of the life of every person around the world. 26 mln. Ukrainians use the World Wide Web, and 13 mln. have Facebook accounts. Given this, it is logical that the number of disputes and court cases related to the use of the World Wide Web is also increasing. One of the key issues of the modern Internet has become the issue of privacy and protection of personal data. In the understanding of many people, the Internet is an absolutely anonymous platform where you can not reveal your identity and act incognito. Taking advantage of the right to freedom of speech on a worldwide network, people expect a certain amount of privacy. At the same time, it is becoming increasingly difficult to hide on the Internet every year: this is facilitated by the development of the Internet itself (an increase in the number of users, the accumulation of an array of information and the speed of its dissemination), as well as the active work of states in this direction, the development of information interception technologies. Lawmakers often do not keep up with such a pace of development, therefore, the features and regulatory trends in this area are often formed by the courts, in particular, the European Court of Human Rights (ECHR). The issue of ECHR standards and their application is not purely theoretical for our country, because according to the law “On the Fulfillment of Decisions and Application of Practice of the European Court of Human Rights,” Ukrainian courts use the practice of the Court as a source of law when considering cases. In addition, the decision of the ECHR may be the basis for both a change in the current legislation and judicial practice.

So, what, in the opinion of the ECHR, are the latest trends in regulating privacy on the Internet, how is the balance between freedom of speech and privacy determined, and what is the role of the state in this process?

A classic question for the ECHR is the question of the relationship between the right to freedom of speech and the right to privacy, namely, what should prevail in each particular case: the ability for the media to publish their materials or the right of a person to demand non-dissemination of information about himself. In recent cases on this topic concerning the activities of not printed but online media, the ECHR has confirmed its preliminary findings, according to which the following criteria have to be taken into account when resolving this issue:

In 2017 in the case of Fuchsmann v. Germany, the court found that there was no violation of the right to privacy of a German businessman, about whom the New York Times published an article accusing him of possible connections with the criminal world. The article was distributed in print and online versions of the publication and is also available in search engine results. The court found that the possible involvement of the German businessman in the criminal world is of public interest, and he, due to the presence of business in the media sector and its international activity, can be considered a public person. In addition, journalists turned to him, and he could comment on material that was being prepared for publication.

Right to be forgotten

In 2018, the Court applied the same criteria, considering the possibility of removing personal information from the website of a radio organization regarding materials about the murder committed many years ago and further detention of a person (M.L. and W.W v. Germany). The court noted that it was in the public interest to be informed not only about current events, but also to be able to look for information about past ones. The inclusion of personal information in news materials contributed to the public debate, did not lose its relevance over time. The court noted that the applicants were not private individuals, they became known as a result of the trial and contributed to their recognition by submitting requests for review of the case, turning to the press and urging journalists to inform the public. Thus, the applicants’ hopes of ensuring the anonymity of the reports or even exercising the right to be forgotten on the Internet were very limited. In addition, the Court held that the contentious materials were not available on the news pages of the websites and that restrictions were applied on them, such as paid access or subscription, as a result, the publications were not known to Internet users unless they specifically looked for the applicants’ names, and nor did the applicants attempt to contact search engine operators in order to complicate the tracking of information about them.

Every day the number of cases related to state intervention in the private life of their citizens is increasing. Without challenging the possibility of such an interference, the ECHR has repeatedly considered issues of compliance by states with the conditions of art. 8 of the Convention for the Protection of Human Rights and Fundamental Freedoms, namely: the implementation of such interference in accordance with the law, its need for a democratic society and the legitimate aim: the interests of national and public security, the economic well-being of the country, the prevention of unrest or crime, the protection of health or morality, or protect the rights and freedoms of others.

In 2018, in the case of Benedik v. Slovenia, the Court once again emphasized that the law, which provides the basis for interference in private life, should be clear and offer sufficient guarantees against abuse by officials during the procedure of access and transfer of personal data. The essence of the matter was that the law enforcement authorities, investigating the case of the distribution of child pornography, without a court order received information from the provider that identified the owner of the dynamic IP address. One of the key issues for the court, in this case, was the question whether the applicant could, using the worldwide network, reasonably rely on anonymity and to a sufficient degree the national legislation protected his privacy from interference. The court noted that the applicant could not reasonably expect to keep his dynamic IP address confidential, but he could reasonably expect confidentiality regarding his identity. In particular, because the assigned dynamic IP address, even if other network users could see it, it was impossible to trace to a specific computer without checking the data of providers based on a police request. Having found violations, the court noted that at the appropriate time there were no rules defining the conditions for maintaining the data obtained during the investigation, as well as no guarantees against abuse of officials during the procedure for access and transfer of this data, which means that the legislation was at least not coherent in the level of protection of the interests of the applicant in confidentiality.

Another high-profile case of state intervention in the private life of its citizens – Big Brother Watch and others v. The United Kingdom – was considered in the fall of 2018. The case concerned electronic surveillance by UK intelligence agencies for a large number of companies, non-governmental organizations, and individuals. Key attention in this situation was given to the possibility of abuse by the state. The court analyzed this case according to the previously established criteria:

In its decision, the Court noted that the mass interception of information by state intelligence services alone was not considered a violation of the right to privacy, since it was an important means to achieve legitimate goals, given the current level of danger both from terrorist organizations and in the context of serious crimes. However, in the court’s opinion, the search criteria and selection filters that are used to process such information should be independently verified and supervised, and the guarantees governing the selection of intercepted data for analysis should be strengthened. Separately, the court noted the dangers to the confidential activities of journalists. The absence of guards for intercepting data from journalists and the ability to analyze any information intercepted on it, according to the court, can lead to a “cooling” effect on press freedom.

There is no doubt that the practice of the ECHR analyzed above regarding interference in a private life will also affect Ukrainian realities. In Ukraine, there are no high-profile cases regarding the right to be forgotten or disputes regarding the excessive interference of media in a private life of specific individuals. However, today we have the case of Nataliya Sedletska when the ECHR applied temporary restrictive measures in matters related to journalistic activities for the second time in history and obliged the Ukrainian authorities to refrain from accessing any data from the journalist’s phone. Her case is only awaiting consideration, but officials will have to prove that law enforcement officials acted under the above standards, and it is likely that, as a result of this review, national legislation requires certain adjustments.

Alina Pravdichenko, Center for Democracy and Rule of Law