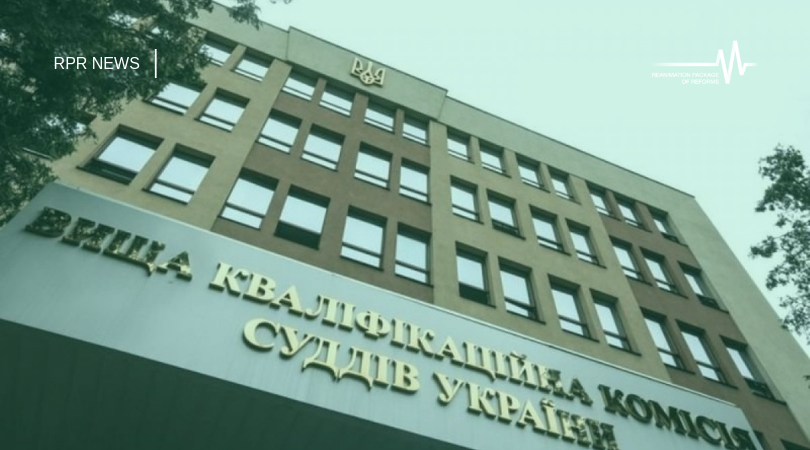 The High Qualification Commission of Judges (HQCJ) resorted to falsification to leave malicious judges in the office.

The information everyone has been talking about for a long time has become public. The Commission decided to leave all malicious judges so frankly and unblushingly that even a very patient member of the qualification commission Andrii Kozlov lost it.

Today, the plenary Commission (i.e., with the participation of all active members of the HQCJ) has begun consideration of the issue of compliance with the position by judges who received negative opinion of the Public Integrity Council (PIC). In total, cases of 51 judges are to be considered in three days. These include Maidan judges, violators of the rules of declaration and judges whose wealth does not correspond to their modest income.

it all started with the Commission, which had to start the meeting at 9:30 am, waiting till 11:00 am. Do you want to know why? Because a mere 11 members were present. That is, the required number of members was present, but they did not risk holding the meeting, because in order to leave a judge with a negative PIC opinion they need 11 votes. And one of the members, Andrii Kozlov, is unreliable, that is, he does not want to vote for the malicious judges.

Serhii Prylypko, who at that time was speaking at a court forum, was urgently summoned to neutralize the “Kozlov factor”.

Prylypko arrived and the Commission launched the usual imitation check. Two judges were approved by the Commission right away, and on the third one – judge Inna Hryban, who forbade the Maidan in Chernihiv, – something went wrong.

We saw Andriii Kozlov rushing out of the meeting room. After that, the Commission left the room and the chairperson Valentyna Ustymenko reported that they announced a break regarding judge Hryban.

In a few minutes Andrii Kozlov created a post where he explained – the break was announced solely because they did not have 11 votes needed to leave the judge.

Before the meeting, another representative of the PIC, Vadim Valko, and I unwittingly witnessed Serhii Prylypko’s telephone conversation with Serhii Kozyakov, the HQCJ head. He said that there were two votes against and that Kozlov made a demarche because, instead of deciding to dismiss the judge, the Commission decided to break for some reason.

After the meeting started, I asked the presiding judge to tell me whether they actually voted on the judge in the room. I repeated the question several times, but Valentyna Ustymenko did not answer, instead she said that there is a decision about the break. And Serhii Prylypko said that it is unethical to eavesdrop on telephone conversations. Of course, it’s ethical to cover for malicious judges ethically, and it’s totally unethical to unwittingly hear a conversation that confirms this fact.

It becomes obvious that this is exactly what had happened.

While before the Commission simply ignored the facts of bad faith, today it actually resorted to falsifications of the voting results. It is clear that after that, there was no sense in staying at the meeting. PIC representatives left the meeting, and the Commission continued to unanimously confirm compliance by all questionable judges. By the end of the day, all those who appeared were successfully interviewed.

Let me remind you, in the last 2 months, the Commission evaluated about 500 judges, rejected more than 180 negative findings of the PC and did not dismiss anyone. A “zero clearing” so to say. Now we know how they do it.

Each additional day of work of this Commission means that dozens of malicious judges are allowed to continue working. And the Commission itself is the picture of the judicial reform failure*.

Therefore, all the healthy forces that are now proposing genuine judicial reform should ensure a complete reboot of the High Qualification Commission and the principles of its formation. Without this, any attempt to ensure fair judges and fair justice are doomed to failure.

* Detailed information on each member of the Commission is available here

I want to thank Andrii Kozlov for the principled position and for going public.

It is interesting how a respected scientist Serhii Prylypko feels in the role of a decisive vote for the malicious judges.

Roman Maselko, for the UP