Reanimation package of reforms > News > Events > The First Year of Zelensky’s Presidency: an Assessment by Economists 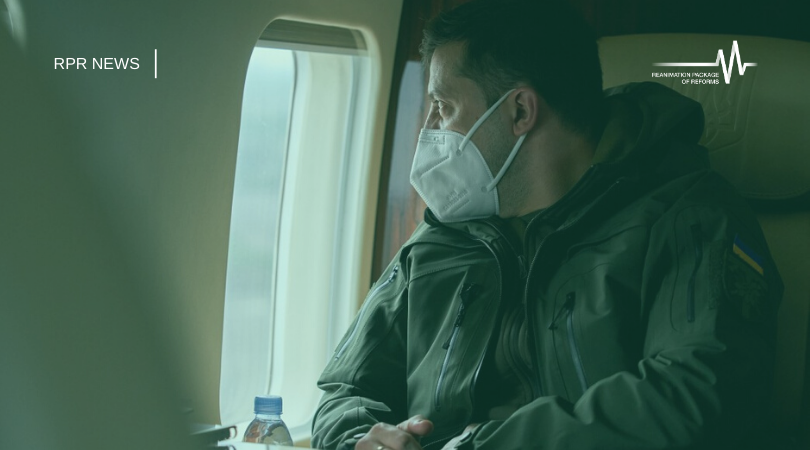 The First Year of Zelensky’s Presidency: an Assessment by Economists

President of Ukraine Volodymyr Zelensky received from his predecessor Petro Poroshenko the country’s economy with stable macroeconomic indicators. But the epidemic of coronavirus infection COVID-19 came as a surprise to the new Ukrainian government. And against the background of this crisis, several political groups with different interests were formed around Zelensky. It was stated by the Chairman of the Board of the Institute for Economic Research and Policy Consulting Ihor Burakovsky during the online round table of the Transatlantic Task Force “Ukraine: Reforms and Roadblocks“, organized on May 11.

The International Monetary Fund predicts a 7.7% drop in Ukraine’s GDP due to the COVID-19 epidemic. And the Institute for Economic Research predicts a reduction in the Ukrainian economy by 6% of GDP, says Burakovsky.

“We are once again playing a dangerous Ukrainian game: each new government begins to audit the actions of its predecessors,” said the Chairman of the IER.

Evaluating Zelensky’s first year as president, Burakovsky says he continues to study while working. But Zelensky needs a more detailed understanding of how the state machine works.

The current economic crisis for Ukraine will not be as strong as the crises of 2014 and 2008, says Dragon Capital debt securities specialist Serhiy Fursa.

He called one of the priorities of reforms in Ukraine the need to adopt a bill to improve some mechanisms for regulating banking (the so-called anti-Kolomoisky law – the RPR Coalition). And the abolition of the moratorium on the sale of agricultural land, Fursa considers only the first part of land reform.

The draft law on banking has a reasonably high chance of adoption in Parliament, as the IMF has substantial leverage over Ukraine, given that now the budget deficit for 2020 is almost 298 billion UAH (over 11 billion dollars). Maria Repko, Deputy Director of the Center for Economic Research, drew attention to this.

“Ukraine, as a developing country, needs access to foreign capital markets. And the IMF can provide our country with a loan of $ 5 billion, “said the expert.

She pointed out that Ukraine has set up a Fund to combat COVID-19 in the amount of 65 billion UAH ($ 2.5 billion) and tripled the salaries of medical workers involved in the fight against coronavirus.

“There is not only a coronavirus crisis in Ukraine, but also a crisis of political leadership: Oleksiy Honcharuk’s government was dismissed just after six months of his work,” Repko said.

Among the positive aspects of the first year of Zelensky’s presidency, she called the closure of slot machines and the opening of the land market.

And the recent appointment of Mikheil Saakashvili as Chairman of the Executive Committee of Reforms at the National Reform Council can be edited with cautious optimism, said Denys Denisenko, executive director of the RPR Coalition.

“But now it is important to involve authoritative public experts in the National Council of Reforms,” he said.

Video of the discussion available via this link.

Read also: Hospitals will Become the New Epicentre for the COVID-19 Spread Unless Protection is Provided to the Doctors (Transatlantic Task Force online round table).