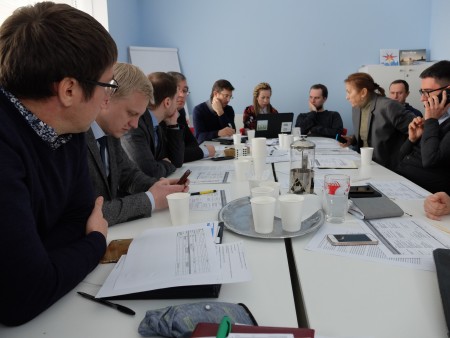 The first meeting of the Board of the Reanimation Package of Reforms in its new composition has been held. Now, this strategic management body of the Coalition includes four new members: Yaroslav Yurchyshyn, executive director of the Transparency International Ukraine and lead expert of the RPR Anticorruption Reform Group; Oleksandr Sushko, research director of the Institute for Euro-Atlantic Cooperation; Ihor Burakovskyi, chairman of the board of the Institute for Economic Research and Political Consultations, and Ivan Lukeria, expert of the UNCPR, manager of the USAID project “Citizens in Action”. The RPR Board includes a total of twelve most authoritative and influential representatives of non-governmental organizations.

One of the key agenda issues of the meeting was re-election of the co-chairpersons of the RPR Board. The majority of votes were given for Taras Shevchenko, director of the Center for Democracy and Rule of Law, and Yaroslav Yurchyshyn, executive director of the Transparency International Ukraine. The participants of the meeting have also discussed the action plan of the coalition for the first quarter of 2017.