Reanimation package of reforms > News > Events > “The course pushes the course for the future.” Experts discuss innovative principles of youth policy and loss of attention to national memory 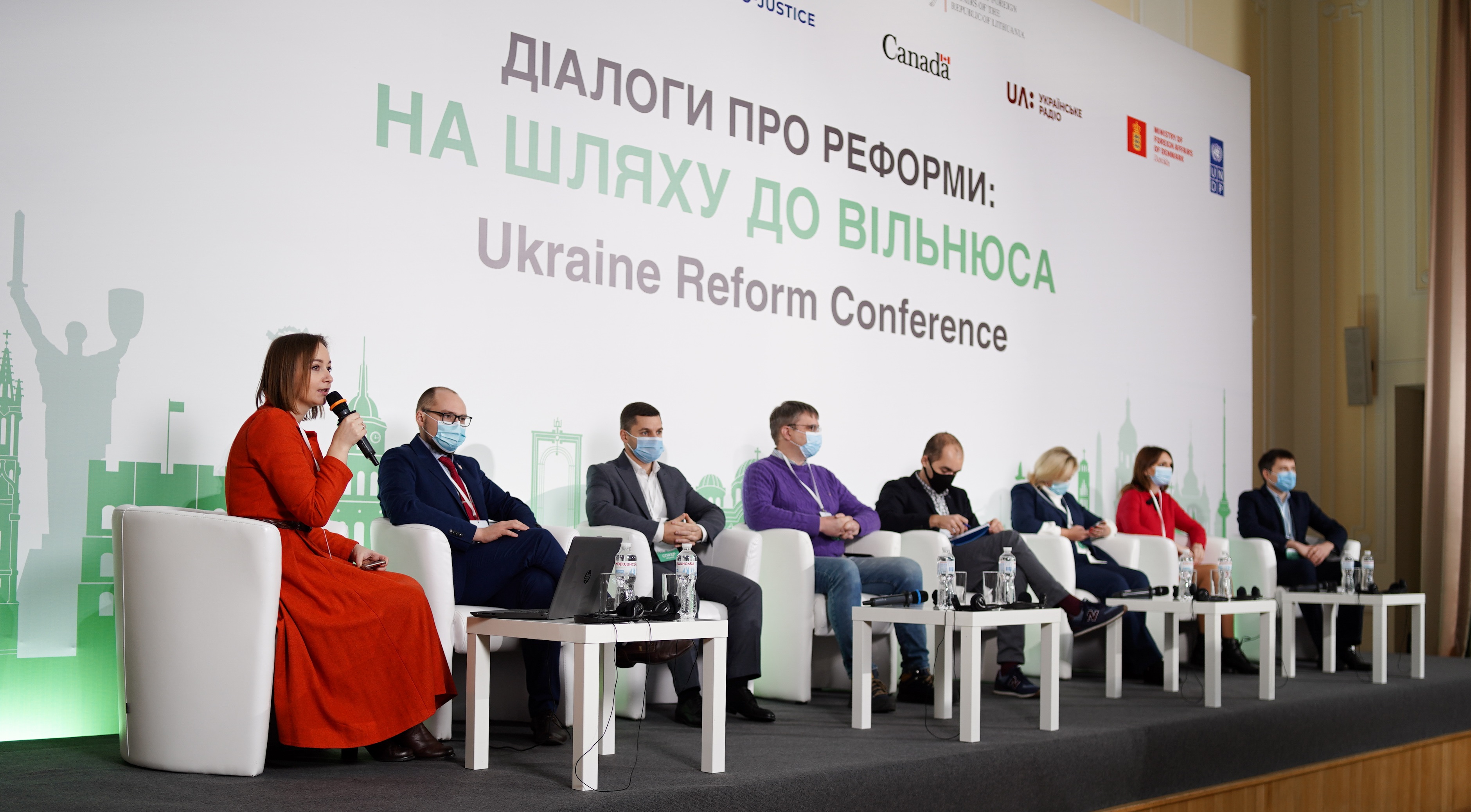 “The course pushes the course for the future.” Experts discuss innovative principles of youth policy and loss of attention to national memory

Vasyl Mokan, Member of Parliament, Deputy Head of the Parliament Committee on Youth and Sports, noted the closest cooperation between parliamentarians and civil society.

The speaker said that the bill “3718” On the basic principles of youth policy “is currently being prepared for the second reading, the preparation is reaching the final stage. According to forecasts, the initiative will be adopted at the end of this session of the Council or at the beginning of the next one. He added that the key problem now is not only the lack of funding, but also the quality of its distribution. The Ukrainian Youth Fund, provided for in the draft law, is designed to support both project and institutional development of organizations. The document also provides instruments for soft loans for housing.

Maryna Popatenko, Deputy Minister of Youth and Sports of Ukraine, said that the National Strategy for the Development of State Youth Policy until 2030 has been developed with the involvement of young people. The document was recently approved by the government and is currently being considered by the President’s Office. The Strategy is expected to be approved by presidential decree by the end of the year.

Based on the strategy, the Concept of the State Targeted Social Program “Youth of Ukraine” for 2021-2025 was developed. Its approval is also expected by the end of the year. Other important vectors are professional development of youth workers (inclusion of such a profession in the classifier), development of a network of youth centers, development of non-formal education and civic competencies of youth, creation of platforms for communication between youth and government and increase of youth participation in socio-political life. society.

Yuriy Yuzych, Chairman of the Board, Plast National Scout Organization of Ukraine, outlined in simple terms the priorities of the sectoral analytical brief: These points are reflected in the mentioned bill №3718. The speaker stressed the importance of financial support for these initiatives through the development of modern tools. He added that bureaucratization of the process should be avoided.

Roman Tychkivskyy, CEO of the Ukrainian Leadership Academy, added about the interaction between youth, government and business, including how important it is to take into account the views of young people.

“In the context of the pandemic, we see how confused young people are. Formal and non-formal education was not ready for these challenges: not only at the national, but also at the local level, “he said. Therefore, Roman Tychkivskyy supported the thesis about the importance of institutional support for youth organizations, and in view of this, the state should make it as easy as possible to use infrastructure and property.

“If there is a healthy initiative, the local authorities and the national level should meet – to provide organizations with sites, some funding and a probationary period of 2-3 years (because one year is clearly not enough to show results),” – said the speaker.

The head of the UAL emphasized the problem of the existence of fake organizations that take large grants, do not show results and destroy trust in the sector as a whole. The state should filter them by setting success criteria.

“We need to think about how to reach 90% of young people who have not heard of community service, they are not involved in volunteering. If they have heard the names of organizations somewhere, they do not even know how to join them in their community, “he said. The speaker spoke about the importance of the development of regional centers, their quality, professionalism of youth workers, simplification of competition procedures for NGOs, institutional support and more.

Yevhen Bondarenko, Acting Head of the All-Ukrainian Youth Center, said that in accordance with the brief, the regulations on the expert council at the Center are being finalized, and by the end of the year it is planned to approve and begin implementation. He expressed the position that expert councils should appear in other youth centers as well. The direction of work for 2021 is the creation of regional youth centers in regions with active youth and the development of their interaction with local and national centers.

Anna Ostrikova, Youth Worker Program Coordinator in UNDP Ukraine, shared facts from a social study on the impact of the pandemic on youth: The discussion was moderated by  Olena Podobied-Frankivska, Chairwoman of the Public Union “National Ukrainian Youth Association”

The moderator of the discussion, Sofiia Sereda, Radio Svoboda journalist,  invited the speakers to comment on the concept of “politics of national memory.” “The policy of national memory is a set of state measures to form certain ideas of Ukrainian citizens about their past. The course for the future starts from the past, ”said Ivan Patryliak, dean of the history department of the Taras Shevchenko National University of Kyiv. Anton Drobovych, Chairman of the Ukrainian Institute of National Memory, noted that the policy is primarily to restore national memory, despite historical attempts by other states to distort it. “If we don’t say that, we will have an unhealthy identity,” he added. “This is the basis and justification for the existence of the nation-state,” said Mykola Knyazhytsky, Member of Parliament, Member of the Parliament Committee on Humanitarian and Information Policy “It’s about immunity and experience. Immunity from human rights violations. The experience is about our own resume, our strengths and weaknesses, ”said Yaryna Yasynevych, Program Coordinator of the Center for Liberation Movement Studies, Member of the Board at Reanimation Package of Reforms Coalition. The Ukrainian state has done a great deal in terms of forming its national memory: from the decommunization of their laws, the opening of archives, access to historical discussion with other states, and so on. This is the opinion of Ivan Patryliak. In the last year, he believes, a large-scale dissident movement and the introduction of local fragments into the general context of national memory have been brought out of the shadows.

Anton Drobovych said that last year the policy of national memory was not in the focus of power (given the pandemic). Some changes have taken place: a bill on de-Sovietization of legislation has been developed, a plan to perpetuate the heroes of the Heavenly Hundred and the Revolution of Dignity has been extended, and the wording of the Resolution on Memorable Dates has been changed at the committee level. All these measures are targeted and related to institutional stability, but they are not reforms, but rather preparations for them, the speaker said.

Attention to the Institute’s initiatives from the top of the government is growing, he added. Among other things, this is due to social tensions (such as perceptions of historical events), and the president’s priority is to consolidate society.

Mykola Knyazhytsky stressed that there are two parallel memories in Ukraine: the national Ukrainian and the Soviet. With the change of power, their positions changed.

“Today, the policy of national memory is not a value in the state; it is very bad. But the good thing is that this policy is not hostile to the current government. Therefore, what is happening now is the preservation of the principles and achievements that were before.

Of course, we would like to develop, honor and deepen the study of our history, create a museum of the revolution, a full-fledged state memorial of Babyn Yar, a state archive, an archive of totalitarian documents. But the fact that at least what was created is not destroyed and supported is a good situation in our bad conditions, ”the People’s Deputy believes.

Yaryna Yasynevych noted that according to the results of the analysis, the current government ignores the policy of national memory. She called the problem around the Maidan Museum a critical one, including searches and a lack of coordination between government branches.

She added that the Institute of National Remembrance suffered the most from other institutions due to budget sequestration.

Instead, public attention to national memory cannot be called muted.

Ivan Patrylak noted that in order to consolidate society, it is necessary to focus on the revival / formation of the idea of ​​national statehood in previous years, in particular one hundred years ago.

“Knowledge of past attempts to form a nation-state demonstrates the value of a true nation-state. They are her foundation, passport, certificate that gives her the right to life, “he explained.

The Forum is organized by the RPR Coalition in partnership with the Embassy of the Republic of Lithuania. The Forum is supported by the Ministry of Foreign Affairs of the Republic of Lithuania, the European Union, the EU Project Pravo-Justice, «Civil Society for Enhanced Democracy and Human Rights in Ukraine» project implemented by UNDP Ukraine under financial support of the Ministry of Foreign Affairs of Denmark, and the Embassy of Canada in Ukraine. The Forum is organized within the framework of the project “Core Support of the Reanimation Package of Reforms Coalition” carried out by the RPR Coalition and is made possible by the generous support of the American people through The United States Agency for International Development (USAID) within the Ukraine Civil Society Sectoral Support Activity, implemented by The Initiative Center to Support Social Action “Ednannia” in partnership with the Ukrainian Center for Independent Political Research and the Centre for Democracy and Rule of Law.