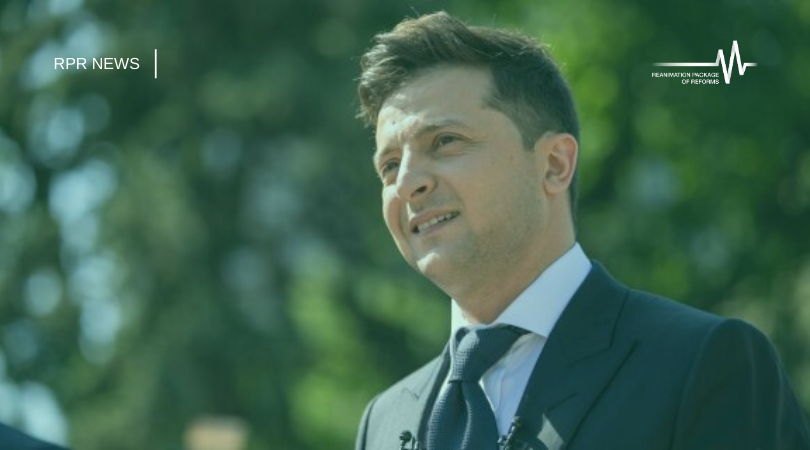 Without rapid reforms, Volodymyr Zelensky and his team will not go down in history as they initially intended while coming to power. But are they ready to take unpopular steps?

It is seemingly an ideal platform for economic reforms as was not the case with the predecessors facing the shaky coalition and having a zero level of public trust. Especially when only few painful economic reforms are left with the state budget being balanced and the natural gas prices (for household consumers) being set at their market level. Among the unpopular changes to be introduced, there is still a need to open up the land market and undertake privatization that in fact should only positively affect the people’s welfare. In addition, President Zelensky and his team have repeatedly talked about the importance of the said measures for economic growth.

But is it possible to remain popular among the people making unpopular decisions? The Head of the Presidential Office Andriy Bohdan said in his interview: “Everything that we do is based on the sociological findings. We do nothing unless we make sure that society is demanding that”.

Unfortunately, the society does not demand privatization or land market. If the people were asked whether they support those reforms, the majority would answer negatively. Although, for economists it is obvious that only those changes can boost the economy and set the economic growth at the promised 40% during the next 5 years. There are no other resources for such growth in a demographically exhausted and underinvested country.

And here the question arises: to what extent the citizens’ answers to easy questions should be a call for action for the politicians?

Let’s consider the land market. For example, in September, Ranking asked the Ukrainians whether they support the sale of the agricultural land. Only 19% answered affirmatively. In the meantime, according to the survey findings from the Kucheriv Democratic Initiatives Foundation, more than half of people said Yes to the question whether a person, who owns a land, has a right to dispose of such land. More than 60% of the survey participants organized by GfK Ukraine (based on the request from the Economic Strategy Centre) agreed that by lifting the moratorium on the sale of land it will be possible to stimulate the investments in villages and make it easier for farmers to receive credit funds.

The same situation applies to privatization. According to the survey for ESC, 84% agreed that politicians steal from the state enterprises and then use such funds to finance the elections. At the same time, 86% of respondents believe that corruption at state enterprises can be successfully handled without privatization (if only one wished to do so). Unfortunately, the said myth was not dispelled even though after 28 years no-one expressed such wish (to combat corruption).

The surveys related to economic matters almost always demonstrate the existence of controversial myths and stereotypes. For instance, in December 2017 only 6% of Ukrainians said to Rating that the financial welfare of their families improved within the last 12 months, while 64% of the Ukrainians were sure that their welfare got worse.  In the meanwhile, the average salary and pension, adjusted as per the inflation, increased during the said 12 months by 20%. By October 2019, with the increase of the government’s approval rating, 6% (of those stating that their financial welfare improved) transformed into 17%. At the same time, for the past four years, the average real salary in Ukraine increased by 70%, but it seems that the rest 83% did not notice that.

In view of that, the government, while listening to society, often faces the stereotypes cultivated by the previous generations of politicians. The new leaders have a unique political capital resource that allows them not to consider the myths and make decisions that will have produced the results by the next elections. The latest IMF study demonstrates that the large-scale reforms often pay off after 3-4 years; for the Ukrainian authorities, this will be exactly before the 2024 elections. The strong reforms package increases the country’s GDP on average by additional 7% during 6 years.

With regard to certain issues, the new authorities demonstrated that they understand that they should move quickly and without looking back. Despite criticism, the President has signed the laws that introduce the fiscal receipts for the entrepreneurs using the simplified tax system and make the list of enterprises excluded from privatization ineffective.

But at the same time Volodymyr Zelensky decided to listen to 80% of people who are against the sale of land to the foreigners and rejected the most liberal model of the land market that would boost the economy and land share owners most.

The public confidence in the new authorities will necessarily decrease. Internal conflicts and voters’ disappointment at unrealistic expectations are inevitable. Without decisive and rapid reforms in the economy, the President and his team will not go down in history as they initially intended while coming to power. They should clarify people’s opinion later based on the results they will achieve.