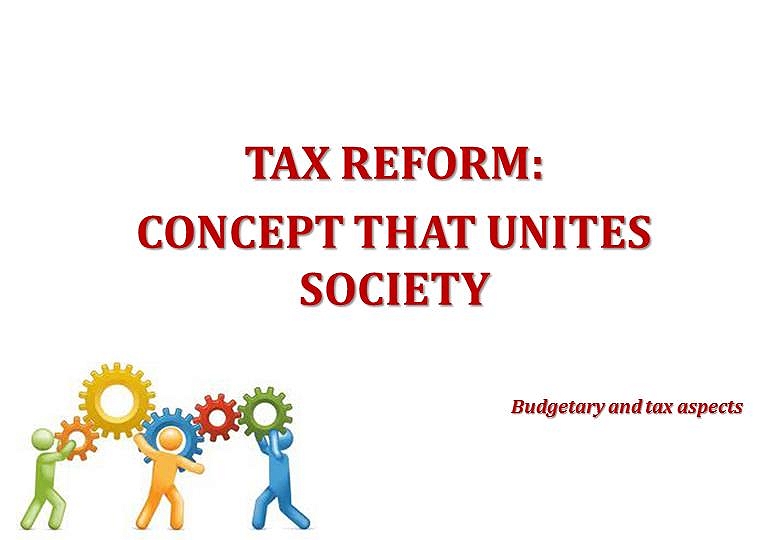 The existing tax system in Ukraine satisfies neither business, nor government. For the former, it is excessively burdensome; for the latter – it fails to secure stable revenues and imposes high administrative cost. From a macroeconomic viewpoint, the Ukrainian economy is suffering from a huge – comparing to the countries with a similar level of economic and institutional development – tax burden. It should be cut, but this cannot be achieved quickly enough to spur the economic growth that only can make such cuts politically sustainable. However, there are a number of other important issues that can be improved with feasible cuts of the overall tax burden.

Firstly, according to the famous Robert Klitgaard’s formula “corruption = discretion + monopoly – accountability”. Thus, given the remarkable institutional weakness of Ukraine, it imposes a huge “bribe tax” on the taxpayers. Recent poll of businesspeople confirms that the State Fiscal Service is an absolute leader in the corruption anti-rating, way ahead of everyone else. This tax can be and should be cut.

Secondly, discretion makes tax burden skewed: it is shifted onto the conscientious taxpayers and those who cannot defend themselves against the aggressive tax collection (first of all – the SMEs), while some other taxpayers (primarily, the “oligarchs”) enjoy actual tax privileges. It not only makes taxation utterly unfair, but turns it into the tool for raiding, suppressing the competitors, getting administrative (corruption) rents, etc. Thus, elimination of discretion can broaden the tax base, reduce the burden hold by compliant taxpayers and promote competition.

Note that the distortions possibly related to simplified taxation system (STS) for small business are much less important than the ones brought about by discretion due to miserable share of the STS users (1/16 of all private sector in terms of the volumes of sales). In the meantime, this arrangement plays a critically important social role, provides for a compromise de-shadowing of micro business, and shelters small entrepreneurs from discretion.

In the total government revenues direct taxes (including the “single social contribution”, SSC) prevail over the indirect ones, meanwhile the property taxes are negligible, and the ones on mining are limited due to natural factors. At the same time, comparative studies demonstrate that direct taxes in corrupt countries are not collected effectively and further promote corruption; and that they are the most hindering for economic growth, while the property taxes are the least subversive. Besides, direct taxes have high elasticity, thus shifting the burden towards those that are harder to avoid or evade – VAT (under proper administration) and property taxes – shall eventually increase total revenues due to subsequent de-shadowing of income and salaries.

Therefore, Ukraine needs a comprehensive tax reform that would dramatically reduce the discretion, spread the tax burden more evenly among the business taxpayers (excluding small and micro business), and shift it from direct taxes, especially the ones on labor, towards business assets (property).

Key Goals for the Tax Reform

Such a reform can spur economic growth and make it sustainable through unleashing the entrepreneurship potential of the Ukrainian nation. On the structural level, the reform should speed up the Schumpeterian “creative destruction” by facilitating the development of new companies and sectors that use Ukraine’s competitive advantages (especially, in part of using human capital), at the expense of outdated ones.  To this end, the key goals of the reform are as follows:

Together with the planned cut-down of ineffective government expenditures, it should create conditions for economic growth that would allow for further gradual reduction of the tax burden, therefore making growth self-sustainable.

The reform should consist of two components: a fundamental change in the relations between the government and the taxpayers, which requires deep and radical legislative changes; and a comprehensive organizational reform of the tax service itself, with the human resources ‘reboot.’

Taking into account the analysis conducted, the overall approach to the tax system reform should be based on the following mutually connected steps covering the tax structure reform and the ‘reboot’ of tax administration agencies.

In line with the above-mentioned arguments, instead of the existing company income tax, the nonfinancial enterprises shall pay the tax on redistributed profits (RPT) without any control of expenditures, but with a lower threshold in the form of property tax (possibly, not only on estate property). To put it differently, a full-fledged property tax should be made deductible from the liabilities on the RPT.

Tax revenue will be secured by the lower threshold (property tax) in a form of differentiated land tax levied on imputed value. The latter should take into account the way of use (agriculture, urban territory, industrial/residential, developed) and location. Since this value is calculated impersonally, on the basis of a formula, it allows for zero discretion and negligible compliance cost – a taxpayer only pays a bill. A transparent mechanism of correction through an open bidding has been developed for the cases when the assessment of an object by the formula is unrealistically overstated.

In general, the reform should transform the corporate tax into a sort of ‘simplified tax’ with a minimum discretion, yet considerable revenue to partially compensate for the abolition of the single social contribution.

General characteristics of the administration reform:

Abolition of the single social contribution needs a range of accompanying institutional actions such as liquidation of the Pension Fund of Ukraine as an independent fund and its merger with the state budget. This part of the reform requires at least partial compensators, as the loss of revenue from the largest tax cannot be covered by the reduction of expenditures, at any rate not in the short term. Main compensators should be as follows:

Reform of the State Fiscal Service of Ukraine

The reform of the State Fiscal Service of Ukraine has the following goals:

These goals shall be reached through a set of measures that are expected to improve the criteria of evaluating the functioning of the service, hold an effective personnel policy, clearly define the responsibility of the controlling agencies for their actions or passivity and decisions, impose public control over the functioning of the service, ensure its openness, and conduct an audit of all automated systems, as well as organizational and administrative documents.

The personnel should be “reloaded” following the Georgian experience. However, it will bring expected results only in combination with dramatic reduction of the corruption opportunities and increasing responsibility for purely criminal violations, like creating and patronizing of the “tax laundries” or other kinds of abuses with the VAT.