Reanimation package of reforms > News > Tariff Populism: Gas Bills Will Not Be Recalculated. Here’s Why 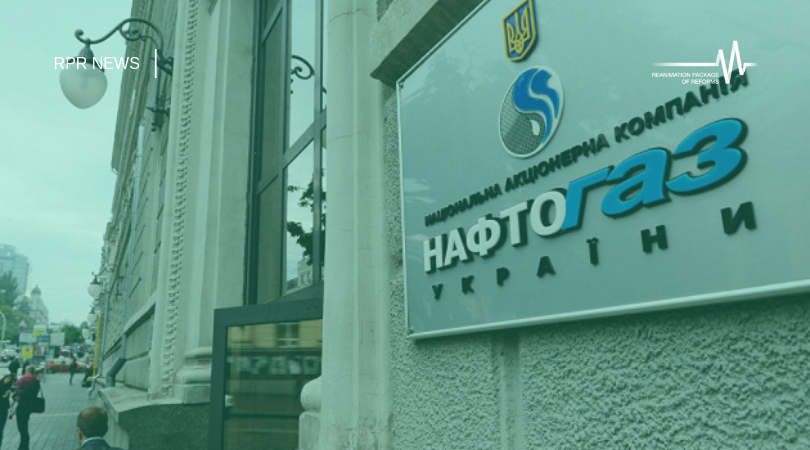 Tariff Populism: Gas Bills Will Not Be Recalculated. Here’s Why

The court abolished the Cabinet of Ministers Resolution on the gas pricing. It does not change anything.
Politicians continue to use gas issues in their election campaigns. At the request of LIGA.net, Tetiana Boiko explains gas pricing, and why the court’s rulings on “illegal gas prices” do NOT change anything.

Later, the Sixth Administrative Court of Appeal upheld the ruling of the court of previous instance. Obviously, the government will file a cassation appeal, so it’s too early to call it a day.

This is a resolution that recognizes the formula for calculating the retail price for natural gas, as well as sets tariffs for gas services for the population. It is important to understand what has actually happened and what implications it might have.

Many media outlets reported that the Cabinet’s Resolution which introduced high gas tariffs was abolished, and now the population will receive the right to gas and heating bills recalculation for the past 2.5 years. But is it so?

The Law of Ukraine “On the Natural Gas Market” stipulates that the Cabinet of Ministers may impose special duties on the natural gas market participants in order to protect the public interests (protection of certain categories of consumers) in the course of the formation of the natural gas market. These duties primarily concern pricing.

Algorithms for the natural gas wholesale and retail pricing (tariffs for the population, religious organizations, selling prices for the district heating providers and other organizations) were different and determined by various government resolutions.

Therefore, Resolution of the Cabinet of Ministers No. 758 “On the Approval of the Provision on the Imposition of Special Responsibilities on the Natural Gas Market Actors to Ensure Public Interest in the Process of Operation of the Natural Gas Market (Transitional Relations)” was valid as of October 1, 2015. Separate regulations introduced various changes thereto – both with respect to the price level at which NJSC Naftogaz of Ukraine procures gas for the population and other vulnerable categories, and the pricing methodology (formula), the level of selling prices for the population and the district heating providers, as well as the final tariffs. These prices were set for certain periods of time.

Firstly, the retail price (Pr) for natural gas for households and religious organizations was determined by the below formula.

Cvat – coefficient which takes into account the value added tax determined in accordance with the Tax Code of Ukraine.

Secondly, the resolution set different prices for the period until April 30, 2016.

Regarding the purchase price of natural gas, it was indicated that Naftogaz would purchase it at a price of UAH 1,590 per 1,000 cubic meters (excluding VAT) and a tariff for natural gas transportation at the point of entry into the gas transmission system by April 30, 2016 (inclusive).

Starting from October 1, 2015, retail marginal prices for natural gas were used for households, differentiated according to the type and volume of natural gas use, namely:

The resolution also determined the price of natural gas for heat generation for the period from October 1, 2015 to April 30, 2016 (inclusive). For example, for the generation of heat energy for the provision of heating and hot water supply services to the population of heat energy producers directly connected to the main gas pipelines, it amounted to 1843.28 UAH/1,000 cubic meters.

The marginal retail prices for natural gas for households, adjustable price for heat energy producers, and the natural gas purchase price for NJSC Naftogaz of Ukraine for the period from May 1, 2016 to March 31, 2017 (inclusive) should be determined by a separate resolution of the Cabinet of Ministers.

Actually, it was the prices for this period that were established by the resolution of the Cabinet of Ministers No. 315 which the court declared invalid from the moment of adoption.

What prices were set in this resolution?

It turns out that from May 1, 2016 to March 31, 2017 (inclusive), the marginal retail price for natural gas for households of all categories was UAH 6.879 per 1 cubic meter. That is, it was lowered rather than not elevated. Preferences remained only for religious organizations – UAH 3.913 per 1 cubic meter.

The price at which Naftogaz purchased gas in the framework of imposition of special duties has also increased. It was determined at the level of 4,849 UAH per 1,000 cubic meters (excluding VAT and services for the transportation of natural gas at the point of entry into the gas transmission system). In addition, the formula determining the wholesale gas price, dubbed “Dusseldorf+”, was introduced. Before that, the wholesale price calculation was unclear, a specific figure was simply specified in the government’s resolution.

The pricing method and the prices for the next period, from April 2017 to October 2018, are determined by the Resolution of the Cabinet of Ministers of Ukraine No. 187 dated March 22, 2017.

Consequently, the invalidation of resolution of the Cabinet of Ministers of Ukraine No. 315 since the adoption (the resolution itself ceased to be valid in connection with the adoption of another resolution) theoretically calls into question the legality of gas and heating prices from May 1, 2016 to March 31, 2017.

Firstly, the court did not rule to recalculate tariffs for consumers. It should be noted that the final prices for heating and hot water were approved by the national regulator – NCSREPU, and these decisions are valid.

Secondly, it is not clear what the retail prices for natural gas for the population, district heating providers, and also the price at which Naftogaz buys gas for the needs of the imposition of special duties should be. After all, there is no valid government resolution that defines them.

It would have been possible to assume that the retail price is determined by the formula valid at the time of the adoption of the Resolution No. 315. Let me remind you that the price in this case was higher than the one calculated by the “Dusseldorf+” method. However, to use this formula for the period from May 2016 to March 2017, we need Pwh, the wholesale price for Naftogaz, which should be determined by a separate resolution of the Cabinet of Ministers (the previous price of 1,590 UAH per 1000 cubic meters (excluding VAT and tariff for natural gas transportation services at the point of entry into the gas transmission system) was valid only until April 30, 2016).

Even recognizing the court’s ruling on the invalidity of the Resolution No. 315 since its adoption, the recalculation of heating and hot water prices for the population is out of the question. As for the retail price of natural gas, such recalculations are not possible since it is not clear what the prices should be.

It is worth noting that if the government does not define adjustable price, the market price is applied (it’s impossible to adopt a government resolution retrospectively).

The market price for natural gas during this period ranged from 5,000 UAH per 1,000 cubic meters (excluding VAT). Obviously, the use of a market-based pricing approach would mean a significant increase in gas and heat tariffs. That is, they would have to be at least 20% higher than those calculated in accordance with the Resolution No. 315.

As we can see, there are no grounds for the recalculation of tariffs. Instead, today’s good news for consumers is that prices for natural gas on European markets have dropped significantly. And this is in no way connected with the rulings of the courts, the order of the government or the decrees of the president.