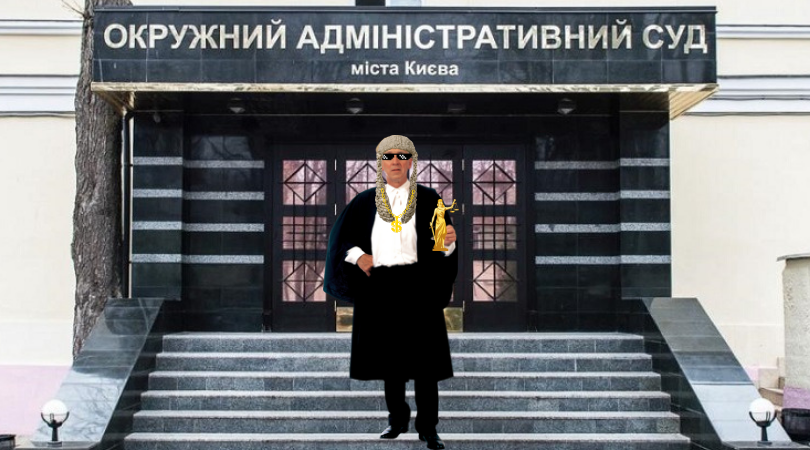 TARAS SHEVCHENKO TOLD ABOUT THE JUDGE WHO HAS SUSPENDED ULIANA SUPRUN

Today, Kyiv District Administrative Court banned Uliana Suprun from performing her duties of the Minister of Health of Ukraine. Such a resolution was adopted by the court partially satisfying the claim filed by MP Ihor Mosiichuk.

Let me remind you that Kyiv District Administrative Court is the very court which is headed by the odious participant of numerous journalistic investigations Pavlo Vovk whose unfairness was much talked-about during the competition to the Supreme Court which the head of the Administrative Court tried to get into.

Today, the notorious resolution regarding Uliana Suprun was adopted by another head of Kyiv District Administrative Court, Serhii Karakashian. CHESNO. Filter the Judiciary! has a profile of this judge. Let’s see what he is famous for.

Less than two months ago, the judge of the panel adopted a notorious resolution under which it reinstated in office the head of the State Fiscal Service Roman Nasirov who had been dismissed after the initiation of criminal proceedings. The reason for such a resolution was then indicated as the lack of grounds for dismissal, namely the circumstances of his dual citizenship and the violation of the dismissal procedure.

However, this is not the only public case in Karakashian’s profile. In September 2018, the judge dismissed the claim filed by the Anti-Corruption Action Centre against the National Council of Ukraine on Television and Radio Broadcasting regarding the status of social commercial with the participation of Prosecutor General Yurii Lutsenko. According to the Anti-Corruption Action Centre, the “social” status of the commercial allowed putting it on air on TV channels and radio stations for free, thanks to which Yurii Lutsenko received publicity for political purposes. At the same time, the commercial contains videos with the images of Prosecutor General, his surname and name, state symbols (State Flag of Ukraine), symbols of the prosecutor’s office, which is prohibited for use in social advertising.

Detailed profiles of 1671 working judges are already available in the database of CHESNO. Filter the Judiciary! The profiles offer information on the lack of integrity, widely discussed resolutions, careers, declarations and other information on judges.

Taras Shevchenko for the Ukrainska Pravda