Reanimation package of reforms > News > Analytics > Survey: Zelenskyy is politician of the year, Armed Forces are leaders of trust 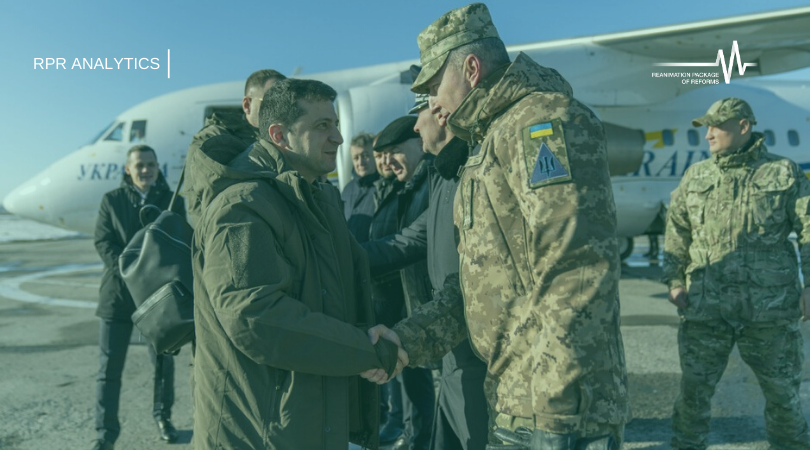 Survey: Zelenskyy is politician of the year, Armed Forces are leaders of trust

Almost half of Ukrainians (46%) named Volodymyr Zelenskyy the politician of the year 2019. Others are following him: Petro Poroshenko (7.5%), Yulia Tymoshenko (3%), Dmytro Razumkov (3%) and Yuriy Boyko (3%). This are the results of the nationwide survey conducted by the Ilko Kucheriv Democratic Initiatives Foundation jointly with the sociological service of the Razumkov Center.

More than half of Ukrainians (58%) consider parliamentary and presidential elections as the main political event of 2019. It is followed by the release of captives (8%), the Normandy format meeting (5%), the receipt of the autocephaly of Ukrainian Orthodox Church (2%), the deployment of troops in the Donbas (2%) and the launch of the land market (2%).

Almost half of the citizens (44%) believe that Ukraine is moving in the right direction, 36% of Ukrainians have the opposite opinion, and every fifth Ukrainian (20%) have not decided on this issue. In comparison, at the end of 2018 the vast majority of citizens (70%) considered the direction of movement of the country to be wrong, and only 18% to be in right direction with 12% undecided.

Read more in the research of the Ilko Kucheriv Democratic Initiatives Foundation (in Ukrainian only).