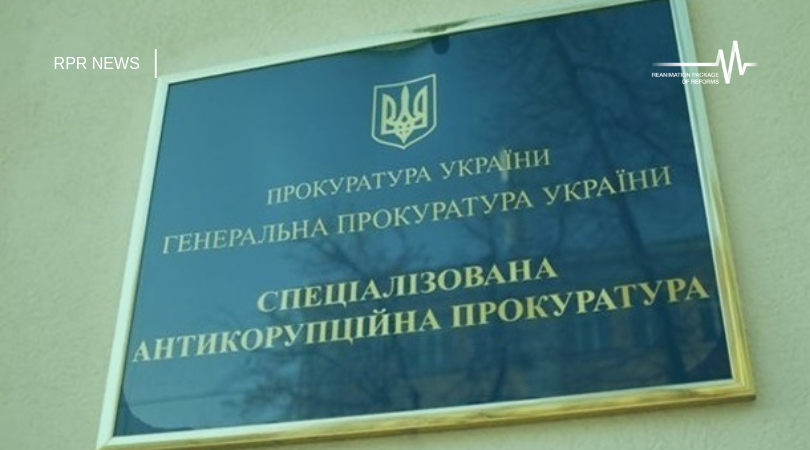 In the beginning of June, the Constitutional Court of Ukraine again made a judgement on the anticorruption legislation: it recognised unconstitutional the provisions of the law, which empowered the National Anticorruption Bureau of Ukraine to appeal to the court with claims for the termination of dubious commercial agreements.

In its decision, the CCU indicates that, in accordance with the Constitution of Ukraine, representation of the interests of the state is carried out by the prosecutor’s office and such powers can not be transferred to other bodies. In other words, starting from now, only anticorruption prosecutors will be able to initiate the termination of dubious commercial agreements. The decision of the CCU does not require legislative changes, since the powers of the NABU, which were declared unconstitutional, merely duplicated the powers of the Specialised Anticorruption Prosecutor’s Office.

This situation immediately sharpened the issue of the future of the SAPO leadership, which is accused of abuses by the activists. At the same time, the future of the SAPO itself should be the key issue. After all, because of the shortcomings of the anti-corruption reform, the SAPO has got a number of sensitive areas. While some of them can be eliminated through the legislative changes, much of them lies in the plane of what is called organisational culture.

Establishment of the SAPO as an independent structural unit of the General Prosecutor’s Office of Ukraine was one of the most severe mistakes of anti-corruption reform. Indeed, independent status of a unit means only that such a unit is not part of other units.

Such an approach to the organisation of the SAPO would give a strong autonomy in the administrative, logistical and bureaucratic (in the broadest sense) aspects. In addition, the status of a separate legal entity (on behalf of the regional prosecutor’s office) also strengthens the position of the Deputy Head of the SAPO. Currently, two Deputy Heads of the SAPO are not heads of the prosecutor’s offices (in the meaning of the Law on the Prosecutor’s Office and the Code of Criminal Procedure).

However, full autonomy of the SAPO could be ensured by the independent financing mechanism of the SAPO apart from the General Prosecutor’s Office. Again, only the status of a separate legal entity allows to exercise the powers of the principal spending institution.

Independence of prosecutors is one of the most painful problems of the Ukrainian prosecutor’s office in general.

There is a sufficient number of legal guarantees and mechanisms in Ukrainian law for ensuring the independence of prosecutors. Therefore, it is difficult to agree with the idea that some internal normative documents (instructions, orders, regulations, memorandums) can further enhance them, because the degree of specification and reliability of such mechanisms are really at due level. However, consideration of this issue only in the legal context is a mistake, since it has a more casual, working and managerial character.

According to the typical scenario, in the prosecutor’s offices, and the SAPO is no exception, the decisive role in the dependence of prosecutors is played by three factors: (1) the size of the team and the role of leader in it; (2) personality and leadership qualities of the head of a prosecutor’s office; (3) formal management structure.

Instead, the SAPO, which also has about 40 prosecutors (together with executives), is divided into small units (4-5 prosecutors). Each unit has at least one manager. In addition, all units make part of the divisions, which also have managers. A similar situation can be found in bureaucratised prosecutor’s offices (regional ones and General Prosecutor’s Office). Although the law does not give the heads of the structural units of the prosecutor’s offices additional powers, they can substantially influence the work of prosecutors through the formal title of “superior” and corporate culture.

Even if we assume that all these leaders are competent and virtuous people, they will still use their “own” authority. That is, in most of the cases, they will determine the course of criminal proceedings, and the initiatives and independence of “subordinate” prosecutors will be suppressed to varying degrees.

It is obvious that a lot depends on the leadership of the SAPO. Undoubtedly, their personality will significantly affect the culture of the SAPO and its results. However, the question “What are further steps in relation to the SAPO?” should be considered in a comprehensive way taking into account the mistakes made, as well as the generally recognised standards, quantitative and qualitative studies, and professional observations.