Reanimation package of reforms > News > Statement regarding the draft law “On civil service” (Reg. No. 2490) 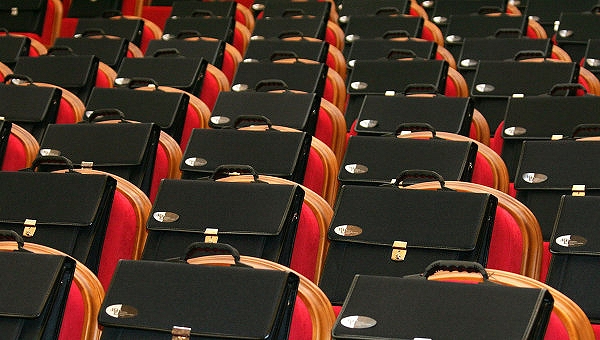 Statement regarding the draft law “On civil service” (Reg. No. 2490)

Statement of the Reanimation Package of Reforms civil initiative, the Center for Political and Legal Reforms, and the civic platform “Nova Kraina”

Urgent adoption of the new Law of Ukraine “On Civil Service” is one of the key priorities of the Coalition Agreement, the Cabinet of Ministers Action Program, and the international commitments of Ukraine. The latter ones provide Ukraine a possibility to get EUR 105 million of the second tranche within the State Building Contract, as well as EUR 60-90 million to support implementation of the civil service reform, the conditions of which shall be approved by both the Government of Ukraine and the European Union.

According to the Coalition Agreement, the draft law should have been adopted back in the fourth quarter of 2014, whereas under the Cabinet of Ministers Action Program – in the first quarter of 2015.

Among the novelties of the draft law are the following: performing selection and appointment to all the offices of civil service exclusively on a competitive basis; depoliticizing civil service; clearly separating civil service offices from all other offices in the government bodies (including political and patronage offices), and a number of other revolutionary innovations. Reformative teams in the public authorities have been waiting for a new law “On civil service” for a long time, as it should provide a possibility to reform the government machine, as well as streamline the functions and organizational structure of executive bodies, local state administrations, and other government agencies.

On April 23, 2015, the Verkhovna Rada of Ukraine adopted the draft law “On civil service” (Reg. No. 2490) in the first reading. The parliamentary Committee on state building and local self-government has immediately set up a working group to finalize the draft before the second reading. The working group, headed by Aliona Shkrum, has considered more than 1200 amendments to the draft, having considerably improved its text. At the meeting of the subject committee on July 1, 2015, the deputies also reached agreement on the number of key regulations of the draft law. However, the next committee’s meeting is scheduled for only as late as July 15. Under such conditions it is highly unlikely that the draft law will be finalized and put to the vote during the ongoing session, which means that the civil service reform might be delayed for an indefinite term.

We believe that every effort shall be made to finalize the draft law and adopt it as a whole during the next plenary week.

We call on the Chairman of the Verkhovna Rada of Ukraine to urgently initiate an extraordinary meeting of the subject committee on 13 and/or 14 July so as to consider the key issues and present the draft law (Reg. No. 2490) at the plenary meeting in a timely manner.

We call on the members of the subject committee to treat the extraordinary meeting(s) in a responsible manner and finalize the draft law without delay, so it could be considered by the Verkhovna Rada of Ukraine.

We call on the Government, the Coalition leaders, and all the people’s deputies of Ukraine to pool their efforts so as to adopt the draft law as a whole, in the version proposed by the Committee’s working group, on 16 July, 2015.

of the Reanimation Package of Reforms,

the Center for Political and Legal Reforms,

and the civic platform “Nova Kraina”