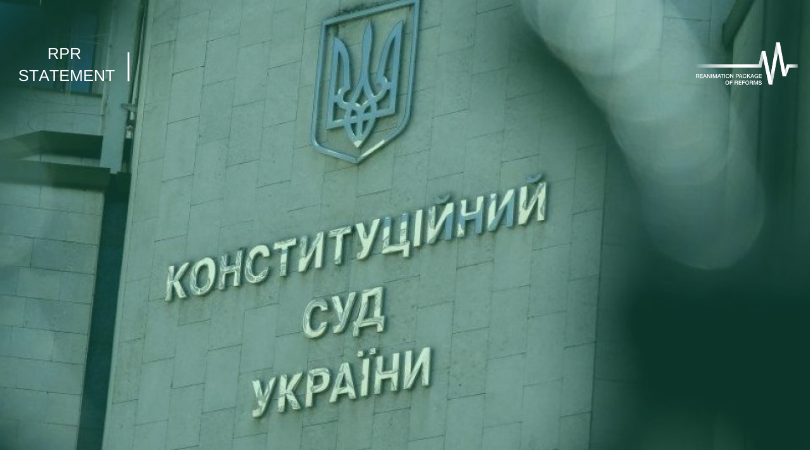 Although in December 2020, the Parliament resumed criminal liability for submitting knowingly false declarations and failure to file a declaration by person authorized to perform state or local government functions, as well as returned to the National Agency on Corruption Prevention its powers in respect to e-declarations, the key issue – the appointment procedure of the CCU judges, which would be able to ensure that the CCU judges met the new assessment requirements (integrity and professionalism) – remained unresolved. Parliament continues to delay the implementation of the relevant constitutional provisions for ensuring fair and open competition for the position of CCU judges. The current legislative provisions of the Law of Ukraine “On the Constitutional Court of Ukraine” and the Parliament’s Rules of Procedure distort the logic of competitive selection of the CCU judges, which is enshrined in the Constitution of Ukraine. Political bodies appointing the CCU judges (Parliament and the President) do not want to lose the opportunity to appoint the CCU judges for the sake of political dominance.

The RPR Coalition emphasizes that delaying handling of the issue of competitive selection of the CCU judges is unacceptable. Given that there are currently two open vacancies in the CCU, the appointment of honest professional lawyers to these positions through a transparent competition will undoubtedly increase public confidence in the CCU and will have a positive qualitative impact on the activities of this institution.

Along with the introduction of a competitive procedure for the selection of future judges to the CCU, the Parliament should support the Bill No.4533, aimed at solving other problems of the CCU’s functioning, in particular:

The RPR Coalition calls the MPs of Ukraine to: