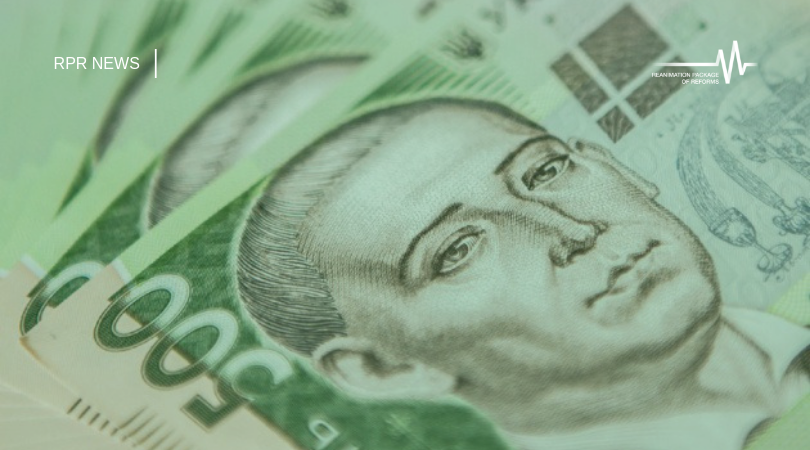 The early parliamentary election has become an unexpected catalyst for public debate on the institution of state funding for the parties.

Even though the reform is four years old, society continues to be outraged and ask questions about its appropriateness.

The main discussions are focused on the below issues: Why and what for should we pay the parties from the budget? How big are these amounts? What is the algorithm for reallocating budget funds among parties that have overcome the 2% threshold?

Shall we cancel the law and distribute the money among the pensioners? Why do we need to fund Party of Shariy and other outspoken pro-Russian parties? We believe that parties do not spend this money efficiently or appropriately. The law may need to be changed. But how?

Since Eidos Centre was one of the organizations that took part in the early stages of adopting and implementing the law, I will try to provide short and comprehensive answers to the questions that the voters have been concerned about in recent weeks.

Who is eligible to receive funds from the budget?

The State Party Financing Law stipulates that following the elections all political parties that received at least 2% of the votes in the nationwide constituency will be eligible to receive state funding.

What are the amounts involved?

What is the algorithm for reallocating budget funds among parties that have overcome the 2% threshold?

The law provides for the following algorithm for the redistribution of funds. 2% of the living wages of the year preceding the election year multiplied by the total number of voters who participated in the election.

In 2020, the amount will be UAH 565 million (approximately USD 22 million). 90% of this amount will be distributed proportionally to 11 parties that received more than 2% of the votes. That is, virtually every voter who voted for a particular party will fund it from the taxes for the next four and a half years.

The remaining 10% will be distributed evenly among parties that adhered to gender quotas being 30% of female MPs from the total number of MPs elected from their parties. Only two parties – European Solidarity and Voice – met this criterion in the recent parliamentary election.

How much will each party receive?

Beginning in 2020, parties will receive the below funds each year:

Important: If the living wage increases, the amount of funding will increase proportionally.

Why do we need to fund parties that have gained 2%? This has led to the fact that openly pro-Russian forces will be funded from the budget!

Reducing the financial threshold from 5% to 2% is a European standard which ensures a level playing field among parliamentary and non-parliamentary parties, and therefore promotes party competition in the country. This is especially important for the latter that do not have access to budget resources.

For example, Hroisman’s Party has already taken a proactive stance on protecting the reforms implemented by their team. Therefore, it is clear that these funds will help them in this pursuit.

Party of Shariy will receive the funds! What should we do about this?

If the latter find violations of the party’s statutory activities, they may try to ban its activity through a court order. So now their activity is the sole responsibility of Zelenskyi, the future Cabinet of Ministers and law enforcement agencies.

Is it true that parties that have got into parliament will receive compensation from the budget for the campaign?

Yes. Under the law, parties that manage to overcome the 5 percent threshold in the nationwide constituency are also entitled to reimbursement of their campaign expenses.

At the July 21 election, 5 political parties overcame the election threshold. The amount of compensation is equal to the amount actually incurred through campaigning, but may not exceed the maximum size of the party’s election fund, which is currently UAH 375 million (approximately USD 14.4 million).

Accordingly, all 5 parties can receive reimbursement of up to UAH 1.88 billion (approximately USD 72.2 million).

The final amount of the compensation will be available only after the parties have released their final financial statements no later than the fifteenth day after the election day.

The law is bad – let’s repeal it! Moreover, Tomenko registered a petition on the website of the President’s Office.

Adoption of the State Party Financing Law (originally on counteracting political corruption) was part of a package of laws aimed at implementing “visa-free liberalization”.

In view of the above, society should realize that the law cannot be repealed.

The legality of expenditures by the parties is checked and controlled by the NACP. Political parties submit a financial statement on a quarterly and yearly basis, which reflects the revenues and expenditures of a political force.

At present, a number of political forces have been found to have irregularities in financing their current activities from budgetary funds, but no party has been deprived of state funding.

Speaking of financing areas, according to the 2018 results, the experts of Eidos Centre noted the TOP-5 areas:

Moreover, campaigning does not exceed 25% in the total budget of the parties.

The law is not perfect. Maybe it needs to be amended?

Yes. The law is not perfect. According to international and Ukrainian experts, it needs further elaboration.

In particular, it is necessary to amend the provisions of the Law of Ukraine “On Political Parties in Ukraine” governing the state funding of parties in order to

The state funding of the parties that have overcome 2% threshold helps the country’s current political system change.

Moreover, non-parliamentary parties headed by Hroisman, Liashko, and Smeshko, provided they reach a broad population, have the chance to become a viable alternative to current politicians in a few years.

The experience of Poland, the Czech Republic and the Baltic States confirms this thesis. In these countries, non-parliamentary parties that had budget funding have come to power in the country in several years.

That is why, under a single-party majority, this mechanism reaffirms the thesis that it is rules and institutions only that enable countries to avoid dictatorships.

And now the key task of activists, civil society, journalists, parliamentary and non-parliamentary opposition is to exert pressure on the authorities in order to both protect existing and create new institutions that will allow them to control the authorities.

There is no other algorithm for overcoming political corruption and avoiding dictatorship in the country.

Viktor Taran, for the UP